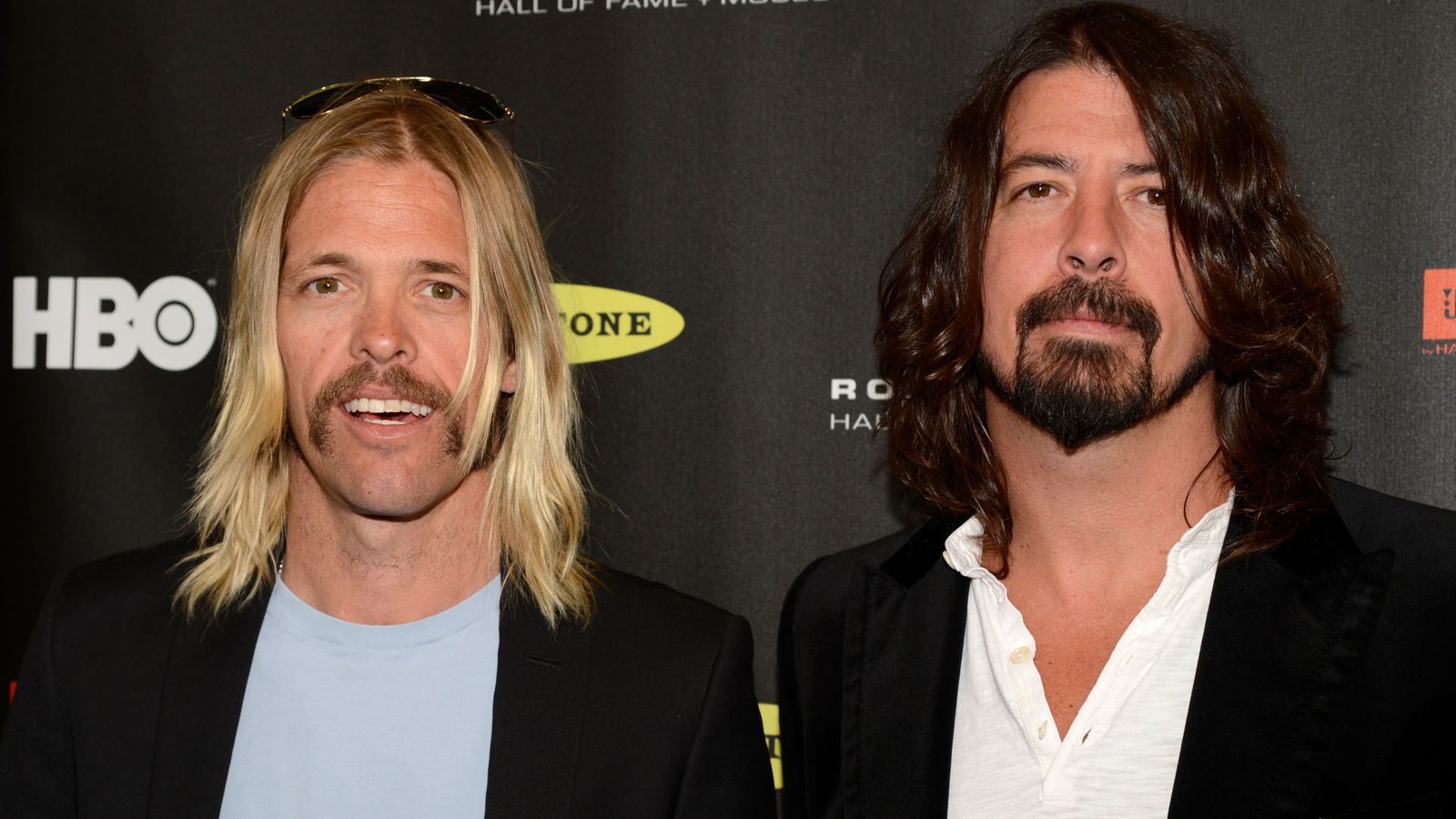 The US group – one of the most successful rock bands of the last 20 years – said they were “devastated”.

“The Foo Fighters family is devastated by the tragic and untimely loss of our beloved Taylor Hawkins,” the band tweeted.

“His musical spirit and infectious laughter will live on with all of us forever.

“Our hearts go out to his wife, children and family, and we ask that their privacy be treated with the utmost respect in this unimaginably difficult time.”

No cause of death was given in the band’s message.

The band are currently in Bogota, the capital of Colombia, as part of a world tour that was set to head to the UK this summer with stadium shows in London, Birmingham and Manchester.

Hawkins joined the band in 1997 after previously touring with Canadian-born singer Alanis Morissette, one of the biggest stars of the 90s.

He was recruited by frontman Dave Grohl – himself a former drummer with Nirvana – as the band’s success soared following the release of second album The Colour and the Shape.

With Hawkins on board, the Foos transitioned from the alternative rock scene to major mainstream success.

They now regularly pack out arenas and stadia around the world with anthemic tracks such as Everlong, Times Like These and All My Life.

Hawkins, born in Forth Worth in Texas, was married with three children.

Tributes are being paid by the great and the good of the rock world.

Ozzy Osbourne tweeted that Hawkins “was truly a great person and an amazing musician”.

“My heart, my love and my condolences go out to his wife, his children, his family, his band and his fans. See you on the other side…” said the Black Sabbath singer.

Rage Against The Machine’s Tom Morello posted: “God bless you Taylor Hawkins. I loved your spirit and your unstoppable rock power. Rest In Peace my friend.”

Billie Eilish’s brother and collaborator, Finneas, said he was “heartbroken” and called Hawkins “an incredible talent, who didn’t also need to be so kind and generous and cool but was all those things too anyway”.