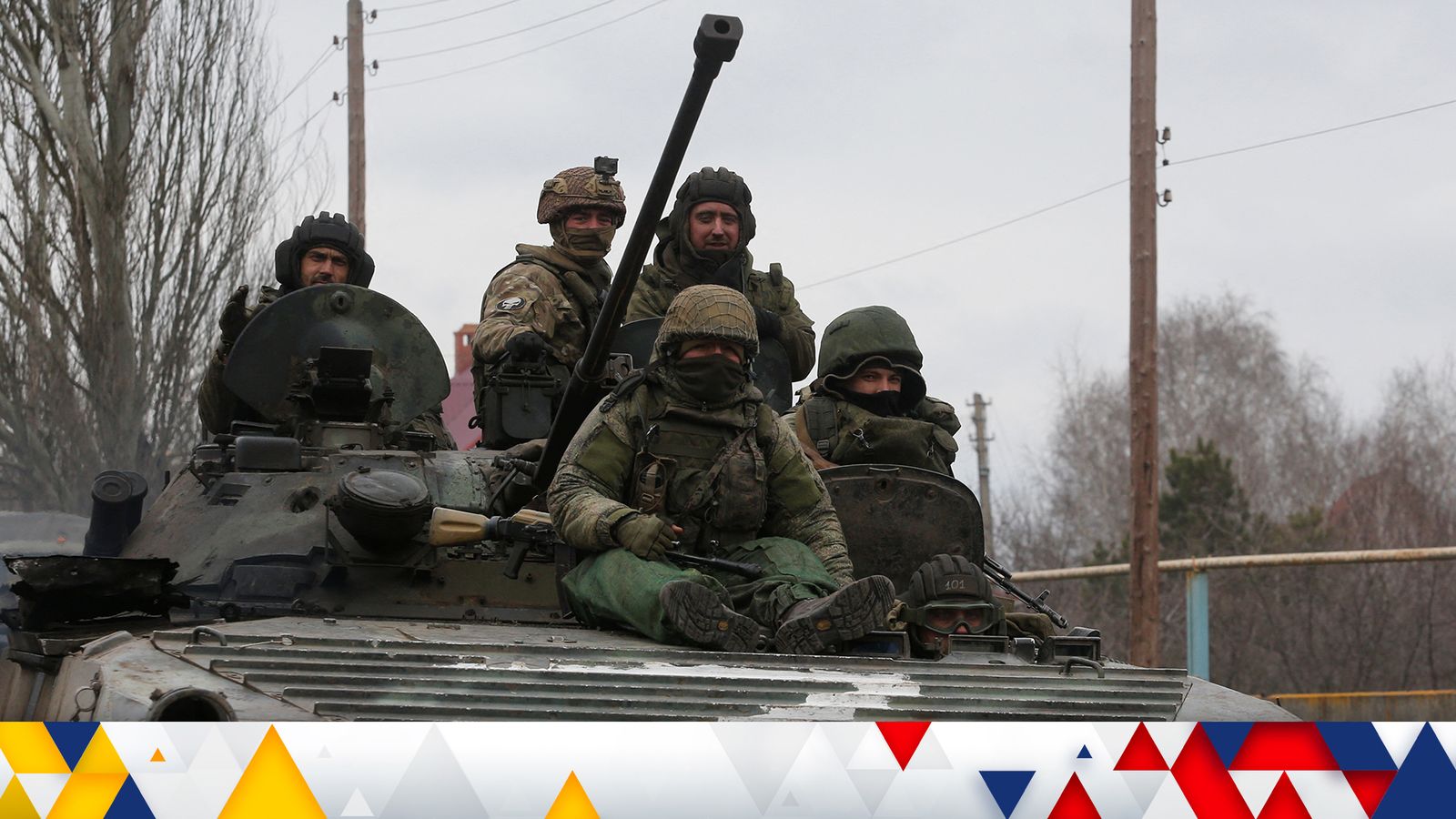 Demoralised Russian soldiers in Ukraine have accidentally shot down their own aircraft, sabotaged their own kit, and refused to carry out orders, a British spy chief will reveal.

Sir Jeremy Fleming, the head of GCHQ, is set to use a rare public speech to say it increasingly looks like Russia’s President Vladimir Putin “has massively misjudged the situation” in Ukraine.

Speaking on Thursday during a trip to Australia, he will also say:

• Wagner, the private military company with suspected links to the Kremlin, is understood to be prepared to “send large numbers of personnel into Ukraine to fight alongside Russians”
• Wagner mercenaries would likely to be used as “cannon fodder” to try to limit Russian military losses
• Risks are greater for China than Russia of the two authoritarian states being too closely aligned with each other
• There are indications that Russian cyber attackers are “looking for targets” in the countries that oppose Moscow’s actions

The GCHQ director will say Mr Putin’s advisers are afraid to tell him the truth about what is unfolding in Ukraine, according to an advance copy of the speech.

But “what’s going on and the extent of these misjudgments must be crystal clear to the regime”.

He will list these missteps as misjudging the Ukrainian resistance, underestimating the strength of the Western response, underplaying the economic consequences, and over-estimating the abilities of his military to secure a quick victory.

GCHQ is the lead UK spy agency for cyber and other forms of communications intelligence.

Russians ‘shot down own aircraft’

Revealing details about the state of the Russian military operation, Sir Jeremy is expected to say: “We’ve seen Russian soldiers – short of weapons and morale – refusing to carry out orders, sabotaging their own equipment, and even accidentally shooting down their own aircraft.”

GCHQ did not offer any further details, such as how many aircraft and whether it includes fast jets and attack helicopters.

But the information is understood to be based on intelligence.

In his closed-door speech at the Australian National University in Canberra, the spy chief will touch on the role of mercenaries and foreign fighters to augment the Russian side.

“Recently, we have seen that Wagner looks to be taking it up a gear,” he will say.

“They are looking at relocating forces from other conflicts and recruiting new fighters to bolster numbers. These soldiers are likely to be used as cannon fodder to try to limit Russian military losses.”

Read more: Zelenskyy offers Putin a way out of war – but will Russia’s leader budge?

Turning to the cyber dimension of Russia’s invasion, Sir Jeremy will say his agency never thought a catastrophic cyber attack was central to Moscow’s use of cyber in a war.

Instead, he said there have been lots of cyber operations against Ukraine.

“And we’ve certainly seen indicators which suggests Russia’s cyber actors are looking for targets in the countries that oppose their actions,” he adds.

He will speak about the position of China – the world’s most powerful authoritarian state – on the Ukraine crisis.

He will note that Moscow clearly views Beijing as a supplier of weapons and technology and a country that will buy its energy to reduce the economic damage of Western sanctions.

But the spy will say Mr Xi’s “calculus is more nuanced”.

“He has not publicly condemned the invasion, presumably calculating that it helps him oppose the US. And, with an eye on re-taking Taiwan, China does not want to do anything which may constrain its ability to move in the future,” he will say.

“There are risks to them both (and more for China) in being too closely aligned. Russia understands that long term, China will become increasingly strong militarily and economically. Some of their interests conflict; Russia could be squeezed out of the equation.”

Time for the West to ‘step up’

Speaking more broadly about global security, the GCHQ boss is set to describe the combination of a series of historic events – Russia’s war in Ukraine; the COVID pandemic; the growing dominance of technology and cyber; the role of China; and the end of the US-led campaign in Afghanistan – as “a period of generational upheaval”.

It is a time for Western, liberal democracies to “step up”, finding new ways to collaborate and cooperate, the spy chief will say, amid the challenge posed by authoritarian regimes.

He will also stress the need to be “persuasive and coherent” to stand a better chance of winning over countries that have not decided “which way they should jump”.

“All of this change will take decades to resolve,” he said. “But what I can be clear on now is that how we approach these challenges will be as important as what our response is.”

World leaders condemn shopping centre attack in Ukraine, calling it a ‘war crime’
Voters head to the polls in by-elections being held in Wakefield and Tiverton and Honiton
Europe’s plans to replace Russian gas are deemed ‘wildly optimistic’ — and could hammer its economy
CNN reporter presses GOP senator over texts about fake electors
Life for those who kill emergency workers among criminal justice reforms coming into force