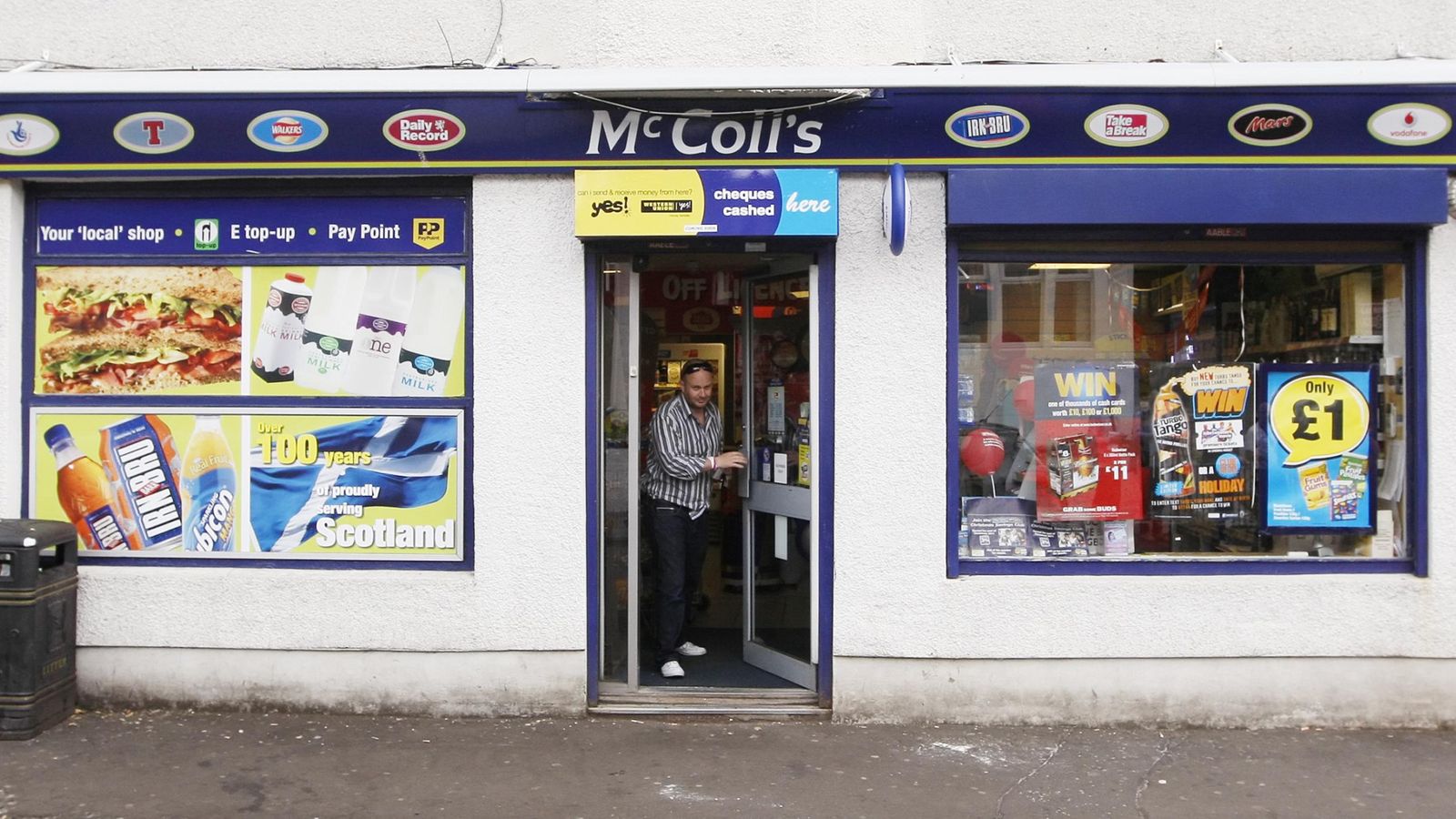 The supermarket giant Morrisons has proposed a last-ditch rescue deal for McColl’s Retail Group that would preserve the majority of its 16,000-strong workforce.

Sky News has learnt that Morrisons tabled a proposal on Thursday evening that would see the convenience store chain’s lenders being taken on in full and its pension scheme protected.

The proposal was lodged with PricewaterhouseCoopers (PwC), the adviser to McColl’s lenders, with a response expected imminently.

It came within hours of McColl’s confirmation that it was on the brink of calling in administrators unless a “financing solution” to avert its collapse could be found.

McColl’s is an important partner of Morrisons, operating hundreds of smaller shops under the Morrisons Daily brand.

People familiar with the rescue proposal said it would be structured as a solvent deal rather than pre-pack administration, though it would not involve any meaningful value being attributed to McColl’s London-listed shares.

The deal would represent a substantial financial commitment for Morrisons and its new private equity owners, Clayton Dubilier & Rice, because of McColl’s roughly £170m of debts.

Precise details of the proposal were unclear on Friday morning, though one insider close to McColl’s said the “vast majority” of its 1,100 stores and 16,000 jobs would be retained after a takeover.

Without a rescue deal, McColl’s, one of Britain’s biggest convenience store chains, could collapse within days, putting thousands of high street jobs at risk.

In addition to the interest from Morrisons, EG Group, the petrol retailing giant owned by TDR Capital and the billionaire Issa brothers Mohsin and Zuber, has also expressed interest in a deal.

Sky News reported in February that McColl’s was scrambling to secure new funding that would allay concerns about its future.

The company, which is listed on the London Stock Exchange, employs roughly 6,000 people on a full-time equivalent basis.

It raised £30m from shareholders in a cash call just eight months ago.

In Scotland, it trades under the name RS McColl.

Earlier this week, it warned that its shares would be suspended at the end of May because it would be unable to meet a statutory deadline for filing its annual results.

PwC is thought to be likely to land the role of administrator if the company’s collapse cannot be averted.

In November, McColl’s announced that it would expand the number of Morrisons Daily conversions from 350 to 450 within a year.

If McColl’s is forced into administration, it would be the biggest insolvency in the UK retail sector by size of workforce since the collapse of Edinburgh Woollen Mill Group in 2020.

Since then, both Debenhams, which employed about 12,000 people, and Sir Philip Green’s Arcadia Group, which had a workforce numbering roughly 13,000, have also gone bust, becoming casualties of changing retail shopping habits and the pandemic.

McColl’s shares have collapsed this year, and the entire company is now worth less than £3.5m.

Jonathan Miller, McColl’s recently departed chief executive, is understood to have invested £3m personally in the fundraising last summer in an attempt to convince other shareholders to support the company.

Morrisons declined to comment, while McColl’s said on Thursday: “As previously disclosed on 25 April 2022, the Group remains in discussions regarding potential financing solutions for the business to resolve short term funding issues and create a stable platform for the business going forward.

“However, whilst no decision has yet been made, McColl’s confirms that unless an alternative solution can be agreed in the short term, it is increasingly likely that the group would be placed into administration with the objective of achieving a sale of the Group to a third-party purchaser and securing the interests of creditors and employees.

“Even if a successful outcome is achieved, it is likely to result in little or no value being attributed to the group’s ordinary shares.”

McColl’s could not be reached for further comment on Friday morning.