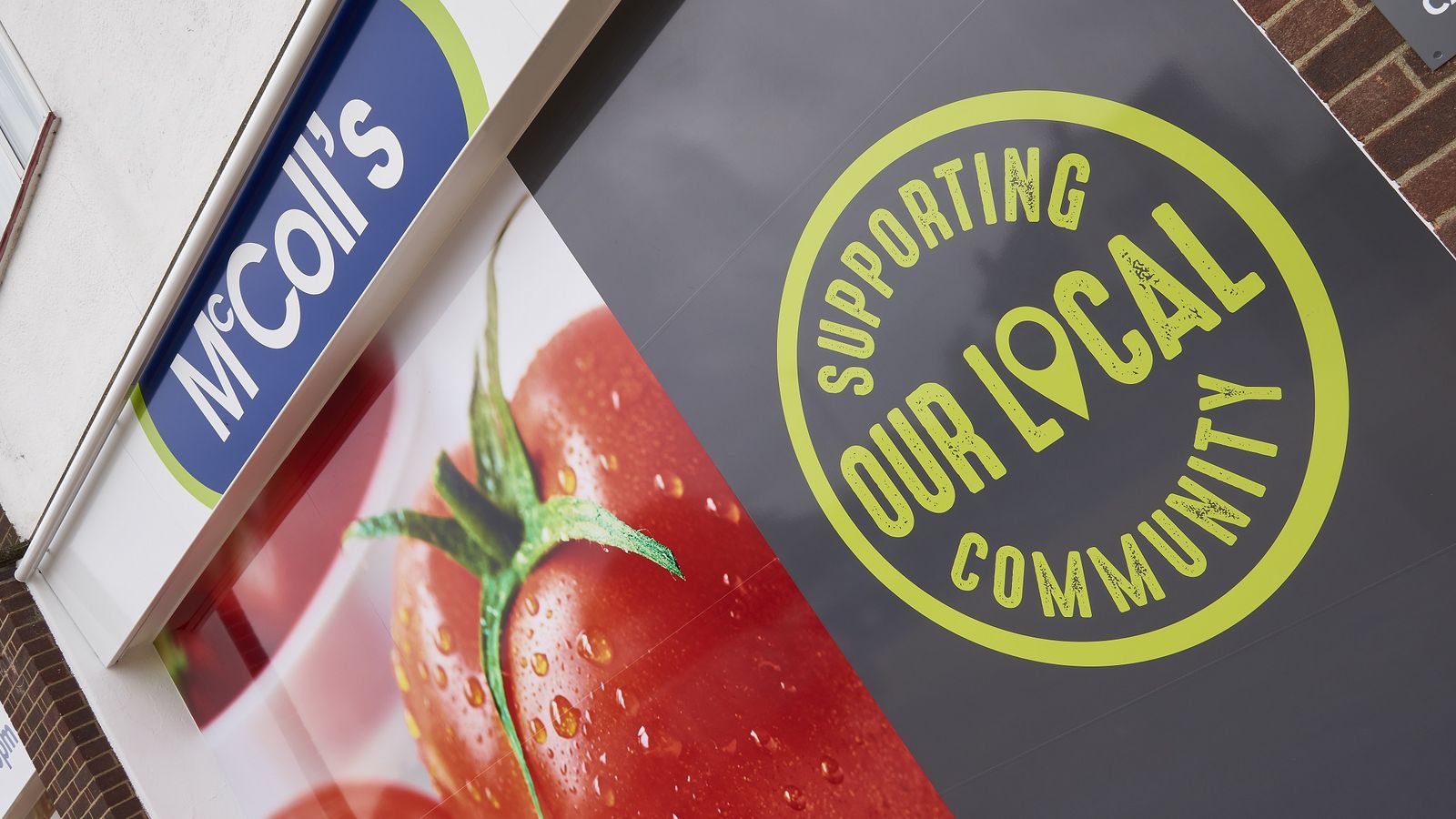 Morrisons has triumphed in the battle to gain control of McColl’s Retail Group, one of Britain’s biggest convenience store chains, after a last-gasp offer to buy out its syndicate of bank lenders.

Sky News can reveal that the supermarket giant saw off eleventh-hour competition from EG Group, the petrol station operator, with an offer that will see McColl’s stores and workforce preserved in their entirety.

The deal will be structured as a pre-pack administration, meaning Morrisons will buy McColl’s immediately after it enters insolvency proceedings overseen by PricewaterhouseCoopers (PwC).

On Friday, Morrisons said it believed there was no reason for the corner shop empire to be declared insolvent, but the pace of events over the weekend, with McColl’s teetering on the brink of collapse, left PwC with no time to finalise a solvent transaction, according to an insider close to the firm.

Morrisons’ commitments to the future of McColl’s include retaining all 1,100 stores and 16,000 workers, as well as honouring all of its outstanding pension obligations, the insider added.

An improved offer to McColl’s lenders that would see them repaid immediately in full, satisfying their principal demand, was also among the decisive factors.

Morrisons’ status as a major creditor of McColl’s is also understood to have been influential.

An announcement is expected to be made by PwC later on Monday.

Paradoxically, the result may have yielded a better outcome for McColl’s than a solvent sale to Morrisons, which said on Friday that it would preserve the “vast majority” of its stores and jobs.

The outcome followed a tussle over the future of one of the London stock market’s most unloved companies, with its shares having slumped from a valuation of £200m to become almost worthless.

On Friday evening, EG Group appeared to have sewn up a takeover of McColl’s, although its stance towards the company’s two pension schemes had begun to draw political scrutiny.

McColl’s lenders rejected a solvent rescue offer from Morrisons on Friday that would have involved them rolling over more than £100m of debt into the supermarket chain, but being repaid in full as the loans expired.

The lenders, which include Barclays, HSBC and state-backed NatWest Group, were seeking immediate repayment of their loans, initially leading them to favour EG Group

A spokesperson for the trustees said at the weekend: “Any company looking to acquire McColl’s must do the decent thing and ensure that promises made to staff about their pensions are honoured.

“We would be extremely surprised if any organisation with an interest in demonstrating good corporate citizenship were to use a pre-pack administration to cease supporting the schemes, with absolutely no engagement with the trustees.

McColl’s is an important partner of Morrisons, operating hundreds of smaller shops under the Morrisons Daily brand.

The company, which is listed on the London Stock Exchange but saw its shares suspended on Friday, employs roughly 6000 people on a full-time equivalent basis.

It raised £30m from shareholders in a cash call just eight months ago.

Confirmation of administration proceedings will make it the largest insolvency in the UK retail sector by size of workforce since the collapse of Edinburgh Woollen Mill Group in 2020.

Since then, both Debenhams, which employed about 12,000 people, and Sir Philip Green’s Arcadia Group, which had a workforce numbering roughly 13,000, have also gone bust, becoming casualties of changing retail shopping habits and the pandemic.

Morrisons, McColl’s, EG and PwC all declined to comment.