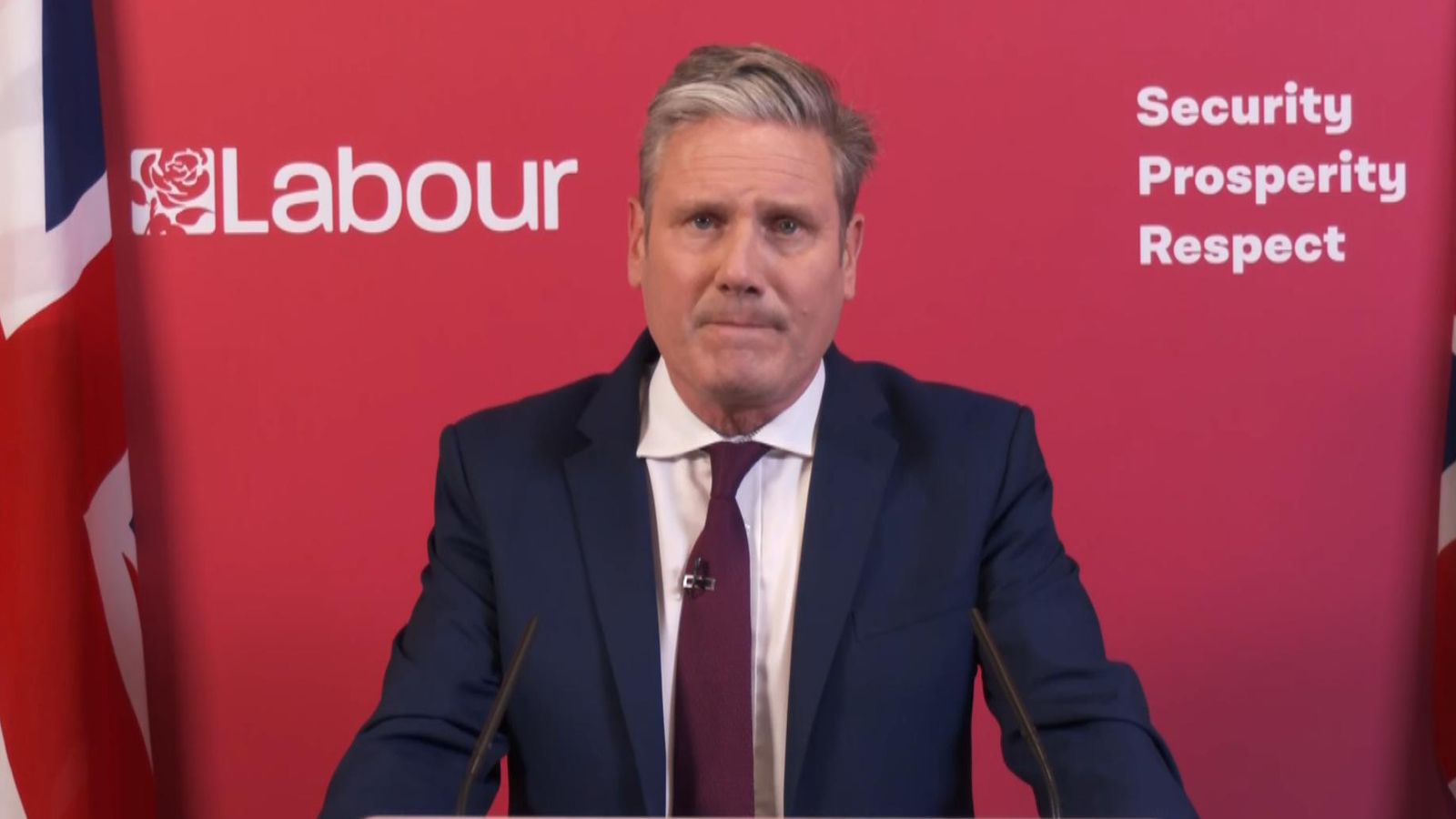 Sir Keir has been under pressure over the event in Durham in April 2021, when he was filmed having a drink and a takeaway curry with party colleagues.

He has pledged to resign as party leader if he is issued with a fixed penalty notice for breaking COVID rules.

Labour’s deputy leader Angela Rayner, who was at the event too, has made a similar pledge to quit if fined.

Both have denied breaking the rules.

A Labour spokesperson confirmed that Sir Keir and Ms Rayner’s questionnaires have been returned to Durham Constabulary.

Sir Keir, who has been a fierce critic of COVID rule breaking in Downing Street, said previously that “absolutely no laws were broken” in his case.

But he added: “If police decide to issue me with a fixed penalty notice, I would of course do the right thing and step down.”

At the time, non-essential retail and outdoor venues including pub gardens were open, but social distancing rules, which included a ban on indoor mixing between households, remained in place.

Labour has argued that food was consumed between work events, meaning the rules were followed.

Sir Keir said previously: “I simply had something to eat while working late in the evening as any politician would do days before an election.”

It happened prior to the Hartlepool by-election and local elections.

Boris Johnson has said he was “very, very surprised” to receive a fine for attending a lockdown-breaking gathering in Downing Street.

A Met Police investigation into the parties concluded with 126 fines for 83 people, including the PM.