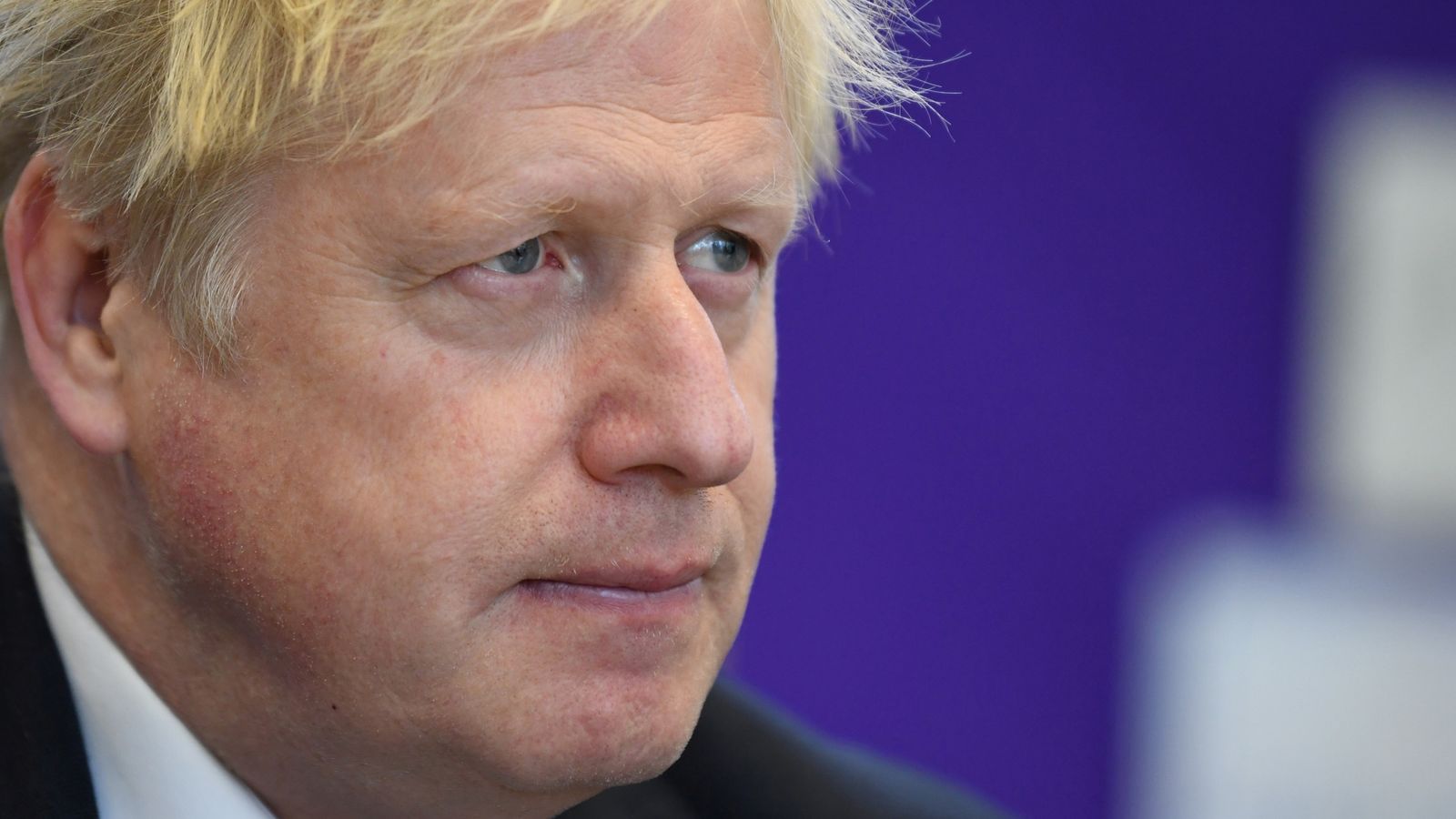 Boris Johnson wants to serve a third term as prime minister despite a bruising week in which the Conservatives suffered two by-election defeats.

Speaking to reporters on the final day of the Commonwealth Heads of Government Meeting in Kigali, Rwanda, Mr Johnson said the government was “embarked on a colossal project to unite and level up”.

And asked if he would lead the Conservatives into the next election, he said: “Will I win? Yes.

“I am thinking actively about the third term and what could happen then. But I will review that when I get to it.”

It was less than three weeks ago that 41% of Conservative MPs said they did not have confidence in the current leader following issues including partygate.

Mr Johnson went on: “We’ve embarked on a massive project to change the government, of the constitution of the country, the way we run our legal system, the way we manage our borders, our economy. All sorts of things we are doing differently.

“We also, at the same time, are embarked on a colossal project to unite and level up.

But Mr Johnson has had a difficult week, suffering defeats in two key by-elections of Wakefield, West Yorkshire and Tiverton and Honiton in Devon

These were made worse by the subsequent resignation of the Conservative party co-chair Oliver Dowden, who declared “we cannot carry on with business as usual” and that someone “must take responsibility”. 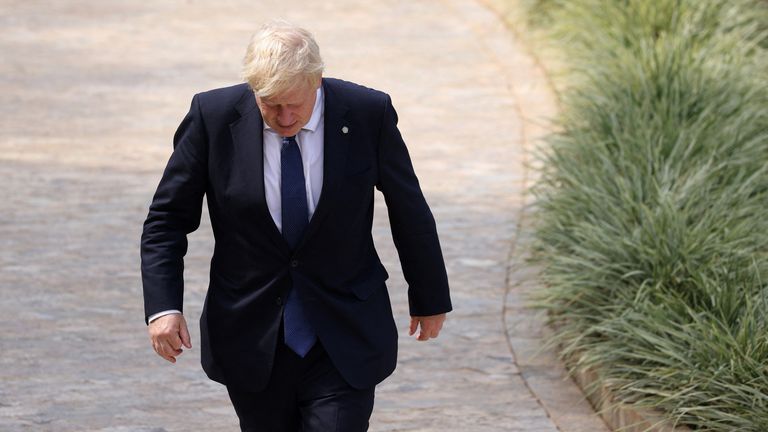 ‘I stuffed up’ admits Johnson

The prime minister hopes his trip to Rwanda will cast the east African nation in a positive light after his government’s controversial plan to relocate asylum seekers there from the UK met with significant opposition.

An attempt to get a flight off the ground last week was halted at the 11th hour by the European Court of Human Rights.

Read more:
PM accuses critics of Rwanda deportation policy of ‘condescending attitudes’
Johnson’s by-election losses will seep like poison slowly into the Tory bloodstream
What is the Northern Ireland Protocol and why does it matter?

Mr Johnson admitted the proposed immigration policy was not a “single magic bullet”.

“We’re starting to see a deterrent effect – a little bit of a deterrent effect,” he said, quoting a civil servant who told a House of Commons committee the number of people arriving in the UK on small boats was growing at a lower rate than previously projected.

“I’m not saying we won’t have a really difficult summer, we might well because the people smugglers need to be convinced that their business model is broken.

“I’m not going to pretend to say that the Rwanda policy is the single magic bullet, but I think it can make a big difference.”

Mr Johnson’s government is also facing a debate on its amendments to the Northern Ireland Protocol on Monday.

Ireland’s Europe affairs minister Thomas Byrne is among those saying the changes would break international law.

Tesla shares pop over 11% on ‘better than feared’ earnings results, demand outlook
Sunak believes British Army is ‘top-level fighting force’ despite US general’s warning
A new 3 GW power line will carry clean energy in the US Southwest
‘Explosions and calls in the night’: Zelenskyy recalls first moments of invasion and how close Russian forces got to him
UK economy to fare worse than any country in developed world, including Russia, this year – IMF