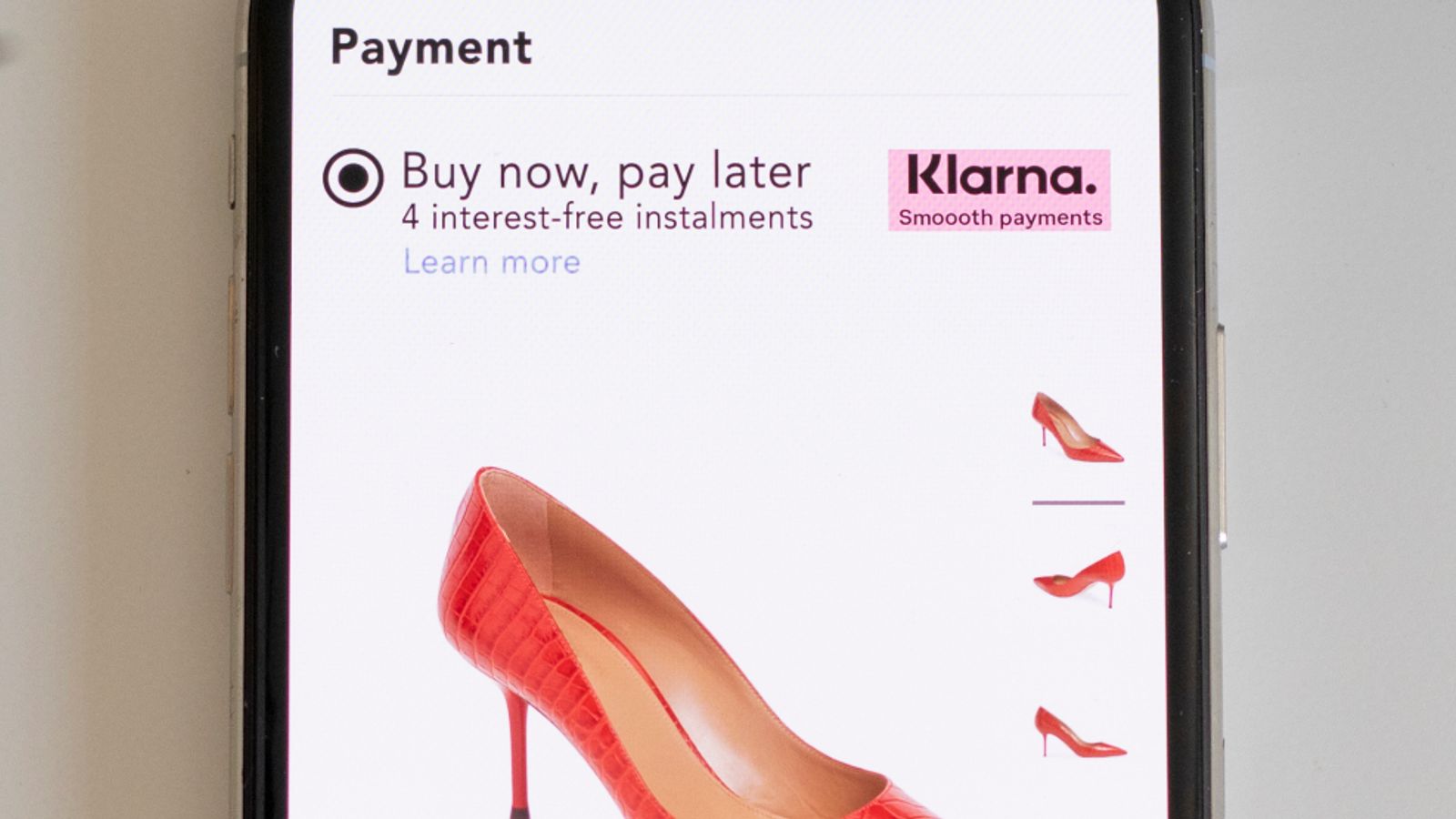 Klarna, the buy-now-pay-later credit provider, is trying to finalise a fresh capital injection likely to value it at less than $10bn – just 20% of its worth only two years ago.

Sky News has learnt that the Swedish company has asked investors to commit in the coming days to a fundraising that is expected to close within weeks, as early-stage companies rush to shore up their balance sheets in anticipation of a torrid economic period.

Banking sources said on Friday that Klarna had yet to finalise its new valuation, and cautioned that it was likely to settle below the $10bn mark, although it could yet be marginally above that level.

It is understood to be planning to raise approximately $600m, although that figure, too, could yet change.

Existing Klarna backers including Sequoia Capital and Silver Lake are said to be planning to participate in the latest funding round for a company which has grown at breakneck speed in recent years to become one of Europe’s most richly-valued technology companies.

Its other shareholders include SoftBank’s Vision Fund.

Two years ago, it raised funds at a $45.6bn valuation, while in the last six weeks alone, the Wall Street Journal has reported that the company was seeking funds at valuations of $30bn, then $15bn, and then as low as $10bn.

Its fading valuation ambitions are partly the result of changing economic circumstances, with investors increasingly shunning tech-focused growth companies, partly increased regulatory scrutiny, and partly the emergence of behemoths such as Apple in the buy-now, pay-later sector.

A Klarna spokeswoman said: “We do not comment on fundraising nor valuation speculation”.

Quick Charge Podcast: January 28, 2023
Tesla just had its best week since May 2013
Starmer’s ‘radical’ promises have gone as he targets power – but we still don’t really know who he is
Baffert can saddle up after 1-year N.Y. racing ban
Blow to Putin as both Germany and US confirm they will send tanks to Ukraine