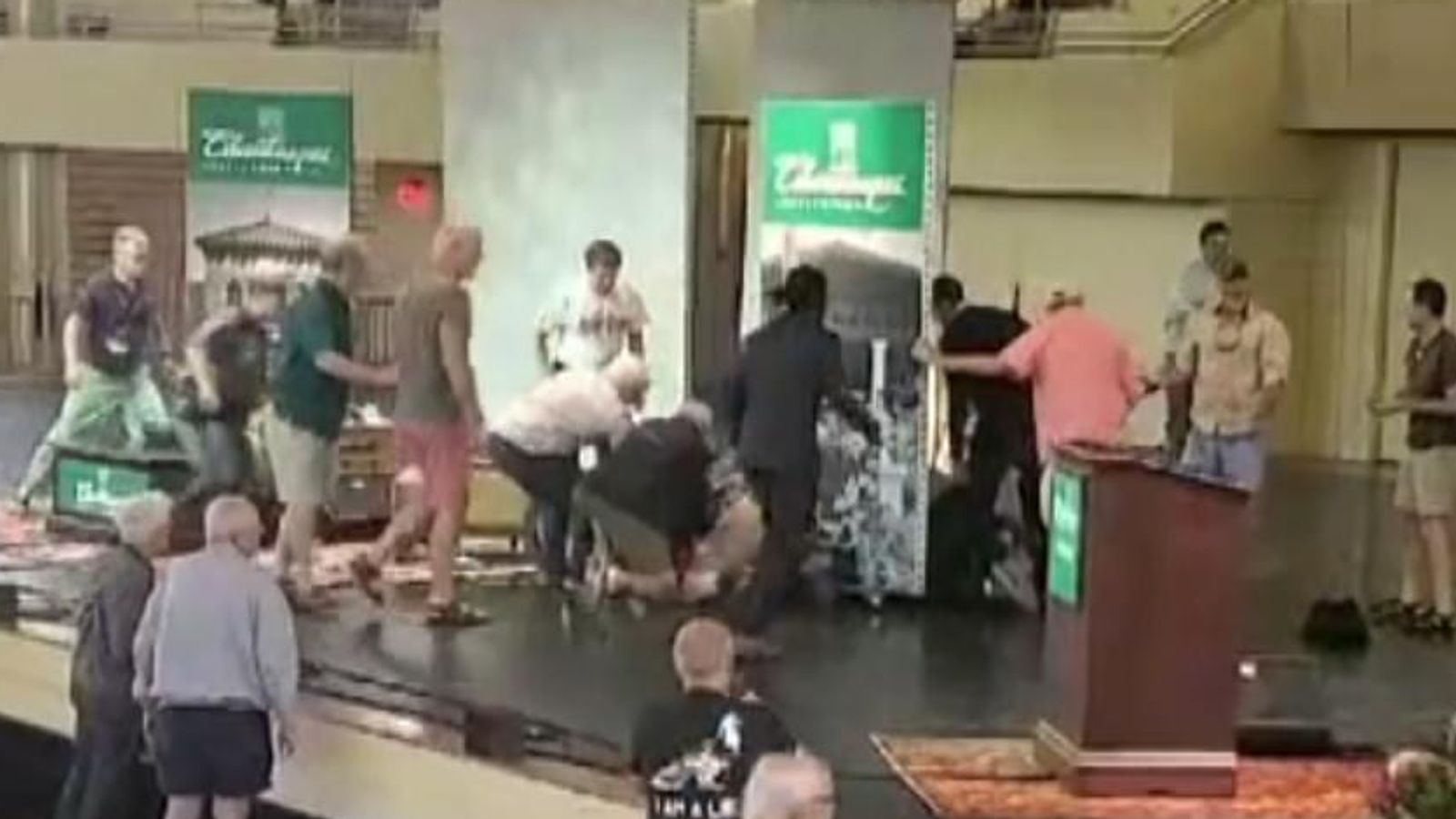 The suspect in the stabbing attack on Sir Salman Rushdie has been charged with attempted murder – as new footage shows the immediate aftermath of the assault.

The video shows the chaotic minutes after the attack in Chautauqua, New York state, on Friday that left the 75-year-old author severely wounded.

The alleged attacker, 24-year-old Hadi Matar, is restrained and pinned to the ground as people rush to help Sir Salman.

The writer remains on a ventilator and may lose an eye, his agent, Andrew Wylie, has said.

He also suffered severed nerves in an arm and damage to his liver.

Read more:
Who is Hadi Matar? What we know so far
World reacts as Satanic Verses author is stabbed in New York state

The motive for the assault is not yet known, but police believe the suspect was acting alone.

Both state and federal authorities are looking at whether any additional charges should be added, he said.

According to NBC News, which cited a law enforcement official with direct knowledge of the investigation, a preliminary review of Matar’s social media showed he had sympathies for Shia extremism and Iran’s Islamic Revolutionary Guard Corps.

Sir Salman was forced into hiding for years and received death threats after the publication in 1988 of his book The Satanic Verses, viewed by some Muslims as containing blasphemous passages.

A fatwa, or religious edict, calling on Muslims to kill him was pronounced by Ayatollah Khomeini, the Iranian leader, a year later.

Just two weeks before the attack, Sir Salman said that after years of living in hiding and death threats his life was now “relatively normal”.

Speaking to the German magazine Stern, he called himself an optimist, saying that when it concerns his own life: “I prefer to look ahead.”

Sir Salman was being introduced to the audience before giving a lecture at the Chautauqua Institution in New York state when a man stormed the stage and stabbed or punched him 10 to 15 times, according to witnesses.

The author was taken to hospital in Erie, Pennsylvania, by helicopter.

He was going to give a talk on freedom of expression and the United States as a safe haven for writers.

Sir Salman lives in New York City and became a US citizen in 2016.

Rushdie airlifted after being stabbed.

The attack shocked and horrified fellow writers and world leaders, who spoke of Sir Salman as a symbol of free speech.

In Iran there has been no official comment from the regime – but several hardline Iranian newspapers praised the attack.

“A thousand bravos… to the brave and dutiful person who attacked the apostate and evil Salman Rushdie in New York,” the Kayhan newspaper said.

“The hand of the man who tore the neck of God’s enemy must be kissed.”

Another publication, the Khorasan daily, carried the headline: “Satan on the way to hell”.