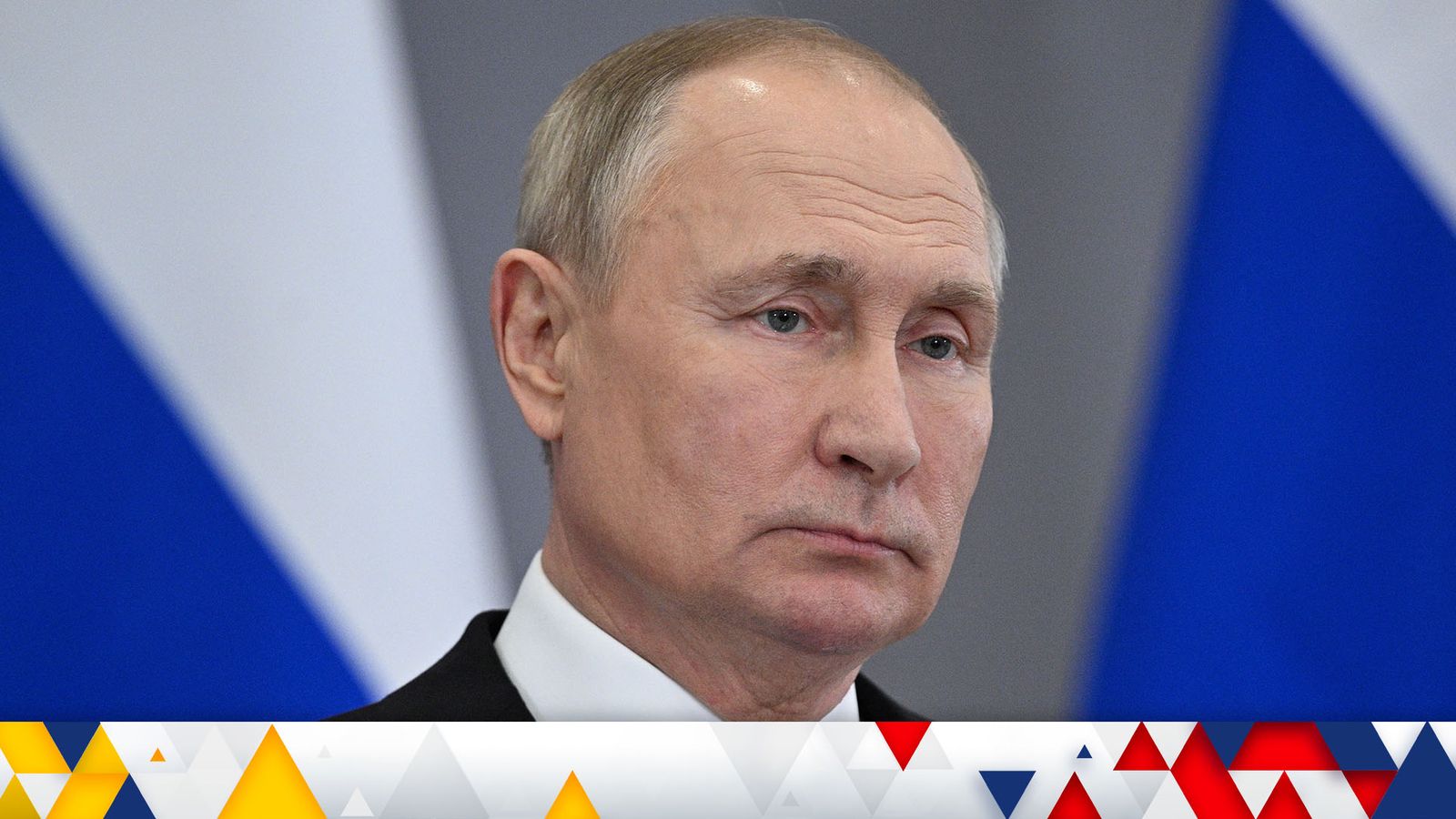 Vladimir Putin has said he has “no” regrets over the war in Ukraine and warned that any direct clash of NATO troops with Russia could lead to a “global catastrophe”.

On Friday, the Russian president spoke at a news conference in the Kazakh capital, Astana, and also said that his country’s partial mobilisation will be over in two weeks.

Mr Putin, who has said he would be ready to use nuclear weapons to defend Russia’s “territorial integrity”, warned that a direct clash with NATO troops is a “very dangerous step”.

His remarks follow a week where Russia has carried out its heaviest missile attacks on Kyiv and other Ukrainian cities since the early days of the war, which he calls a special military operation.

Mr Putin said the strikes were a response to an attack that damaged the Kerch Bridge, which links the Russian mainland to annexed Crimea.

When asked if he had any regrets in relation to the conflict he said “no” and insisted Russia was doing the right thing.

Putin on potential for clashes with NATO

He also said: “The introduction of troops into a direct confrontation with the Russian army is a very dangerous step that could lead to a global catastrophe. I hope that those who speak of this have enough sense not to take such steps.”

Mr Putin said Germany is making a “mistake” by prioritising its allegiance to NATO over its national interest.

He added that Germany had not yet made a decision regarding the one undamaged line of the Nord Stream 2 gas pipeline, through which he has said it would be possible for Russia to pump gas to Germany.

Putin open to idea of talks with Kyiv

On holding talks with Ukraine, Mr Putin said he is open to the idea and added “we have always said this”.

However, he added that if Kyiv is “ripe for talks, mediation efforts would be required”, following reports about his supposed willingness to enter into negotiations about a temporary peace deal with Ukraine.

Peace talks between the two countries, including in Istanbul in March, have fallen through.

Mr Putin also said Russia has not set itself a task of “destroying Ukraine” and added that there was “no need for massive strikes” now because most designated targets had been hit.

The Russian president also told the news conference that his partial mobilisation will finish in two weeks, with no plans for a further call-up of reservists.

Last month, his defence minister Sergei Shoigu said the country would draft 300,000 reservists to support its efforts in Ukraine.

Soon after the call, the price of one-way tickets out of the country soared as long queues were seen at Russian borders as people tried to flee.

The partial mobilisation not only appeared to signal an admission that the war was not going well for Russia, but came amid Ukraine’s counter-offensive which has seen the military recapture large swathes of the country from Moscow including strategically key areas like the eastern city of Lyman.

Mr Putin told the news conference that he ordered the partial mobilisation because it is “impossible to hold the front using only contracted servicemen”.