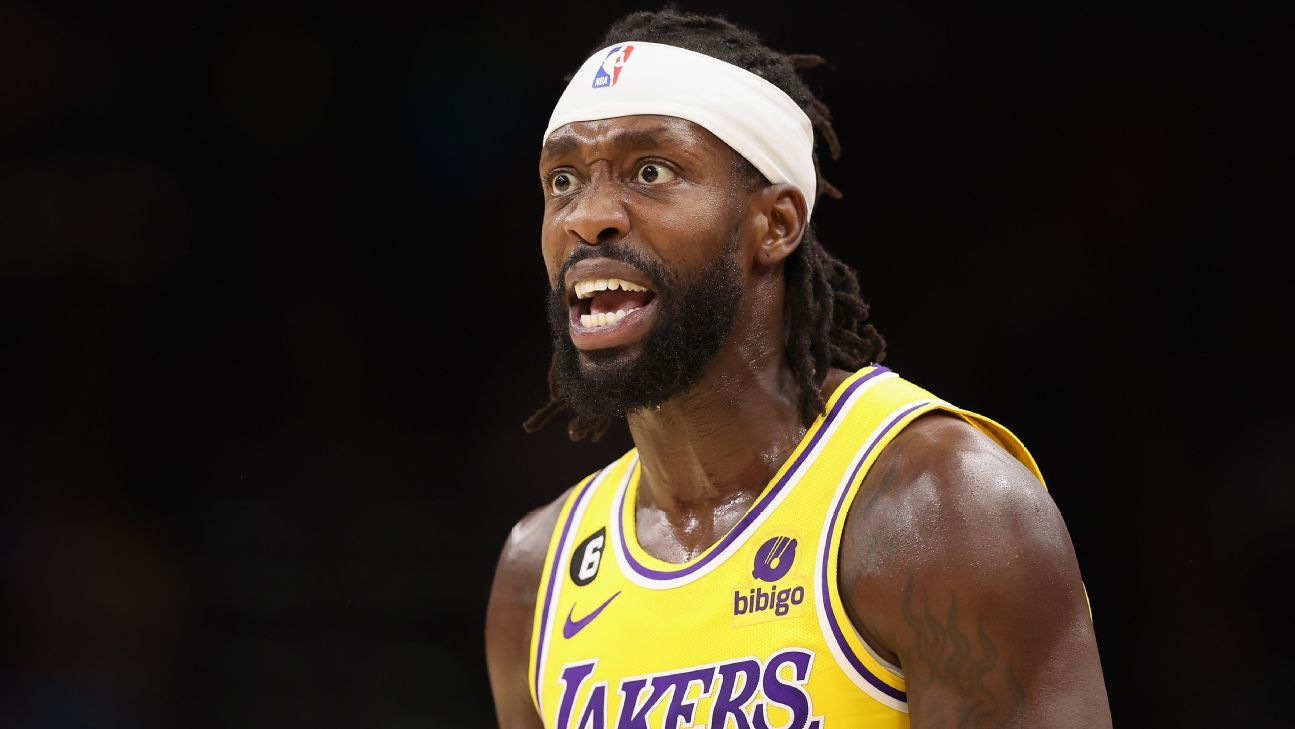 Los Angeles Lakers guard Patrick Beverley has been suspended three games for “forcefully shoving” Phoenix Suns center Deandre Ayton when the big man wasn’t looking and causing him to fall to the court in L.A.’s game against the Suns on Tuesday, the NBA announced on Thursday.

In the league’s statement, attributed to executive vice president and head of basketball operations Joe Dumars, the suspension was explained as being “based in part on Beverley’s history of unsportsmanlike acts.”

The suspension is without pay and will cost Beverley $268,965 in salary, per ESPN’s front-office insider Bobby Marks.

Beverley will miss the Lakers’ back-to-back road games against the San Antonio Spurs on Friday and Saturday and also their home game Monday against the Indiana Pacers.

Beverley was assessed a technical foul and ejected for charging into Ayton after Ayton was standing over Lakers swingman Austin Reaves, while Reaves was on the floor following a flagrant foul by Suns guard Devin Booker. The sequence occurred with 3:55 remaining in the fourth quarter of the Lakers’ 115-105 loss in Phoenix.

Following the game, Beverley said he was “for sure” concerned that the league would discipline him for his actions and added that he would accept the punishment that was meted out.

“Very unprofessional by myself. Definitely could have reacted in a different way,” he said. “So, yeah, I’m a big boy. I’ll take my lumps however they come.”

However, shortly before the suspension was announced on Thanksgiving afternoon, Beverley tweeted with a different tone.

Prior to Tuesday’s incident, in the 2021 Western Conference finals and with the Suns on the verge of beating the L.A. Clippers for a trip to the championship round, Beverley — then with the Clips — pushed Suns guard Chris Paul in the back.

SpaceX, Tesla, and Boring Company execs are helping Elon Musk at Twitter, records reveal
Elon Musk might need new Tesla-backed margin loans to support Twitter
Ukraine war will be at ‘reduced tempo for months’, US intelligence says
‘They were going to find a way to destroy me’: Harry and Meghan’s bombshell documentary airs
Trump firm guilty of defrauding tax authorities for more than 15 years