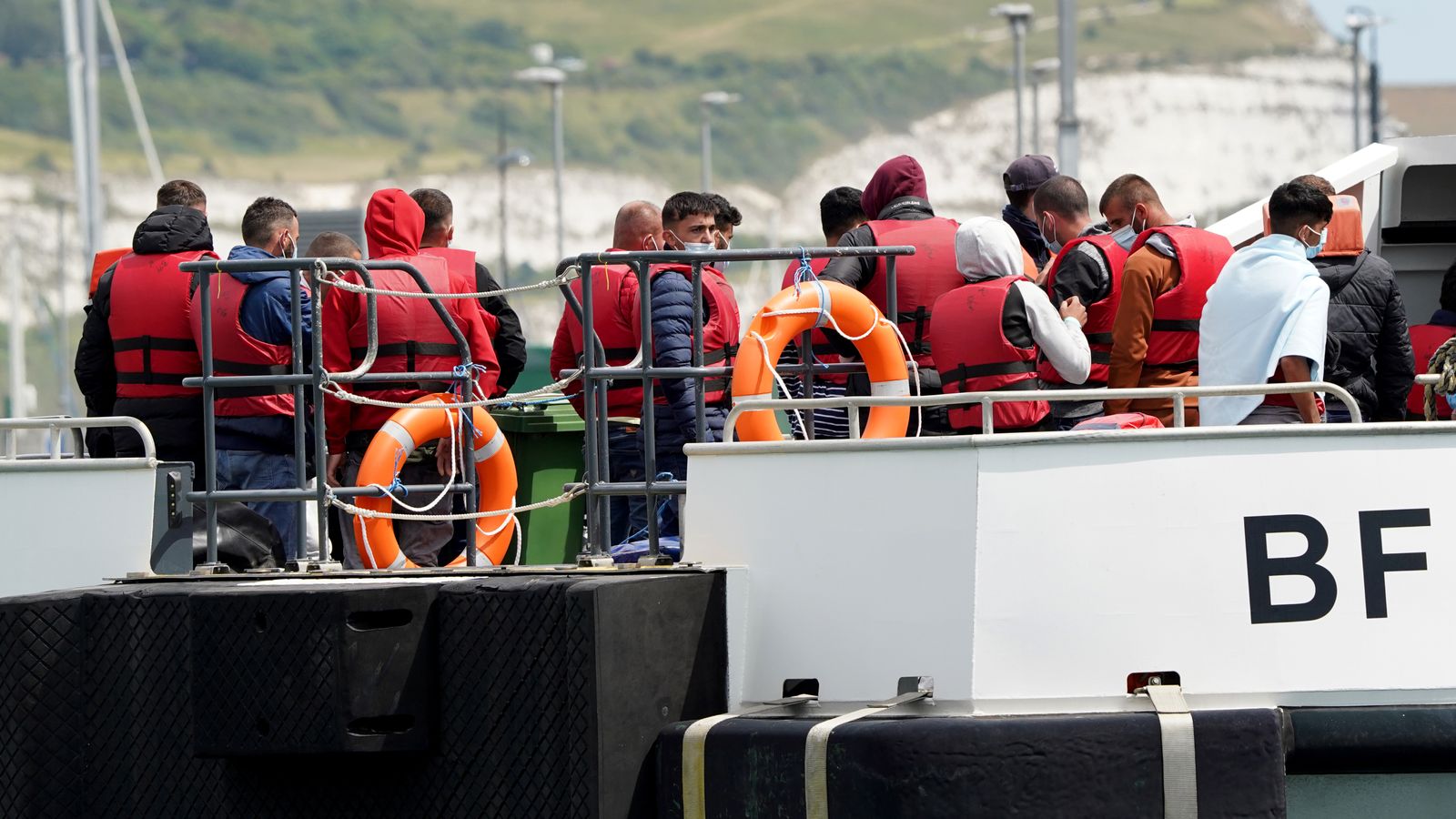 Albanians should be barred from claiming asylum in the UK, the Immigration Minister has said.

Robert Jenrick said such individuals should be “excluded from the right to claim asylum” as they are coming from a “demonstrably safe” country.

Current levels of migration into the UK were “unsustainable,” he said.

His comments came as the Home Office declined to comment on a report in The Sunday Times, claiming ministers are working on legislation which could ban asylum seekers who enter by illegal routes from ever settling in the UK.

Home Secretary Suella Braverman was reported to be urging Rishi Sunak to back plans to put every illegal migrant into detention on arrival.

The government is under intense pressure from Conservative MPs to get to grips with the issue of people traffickers using small boats to ferry migrants across the Channel.

Albanians account for over a third of the 33,000 Channel migrants who arrived in the first nine months of this year, and Mr Jenrick said they were now the “number one priority”.

Read more:
‘It’s no life here’: Albanians undeterred from seeking a life in the UK

However, Mr Jenrick told GB News: “Albania is a demonstrably safe country. It is very hard to see how an Albanian should be able to successfully claim asylum here in the UK.

“We have a returns agreement, which was signed a year ago, and a thousand Albanians have gone back already. We are looking at what we can do there.

“We are also pursuing the diplomatic channels.”

Mr Jenrick warned illegal migration was likely to be an issue for “many years to come” and said ministers were agreed overall levels of people entering the country were too high.

Eyewitness: Migrants fill up squalid camp and wait for boats to cross the Channel

Foreign students use universities as ‘backdoor’

“We can’t have a million people entering the country in a single year and net migration of half a million – it’s just not sustainable,” he said.

One area “ripe for reform”, he said, was the rules on student visas and the number of dependents they can bring into the country while they are studying.

“What I’m concerned about is there are people coming to universities here as a backdoor way of bringing their families into the UK and staying here for a prolonged period,” he said.

“A very significant number of people use this as a route to a life in the UK. This is a big driver of net migration.”

He said they were also determined to reduce the “huge backlog” in asylum cases, suggesting they could adopt a “lighter touch process” with those coming from countries for which there are “extremely high grant rates”.

Photos show emotional Zelenskyy as he honours senior officials killed in helicopter crash
Ghislaine Maxwell repeats claims Prince Andrew photo with Virginia Giuffre is ‘fake’ in prison interview
Anti-government protests grip Peru for a second day
Blow to Putin as both Germany and US confirm they will send tanks to Ukraine
‘I was sad for the institution’: Nancy Pelosi speaks out about McCarthy speaker vote