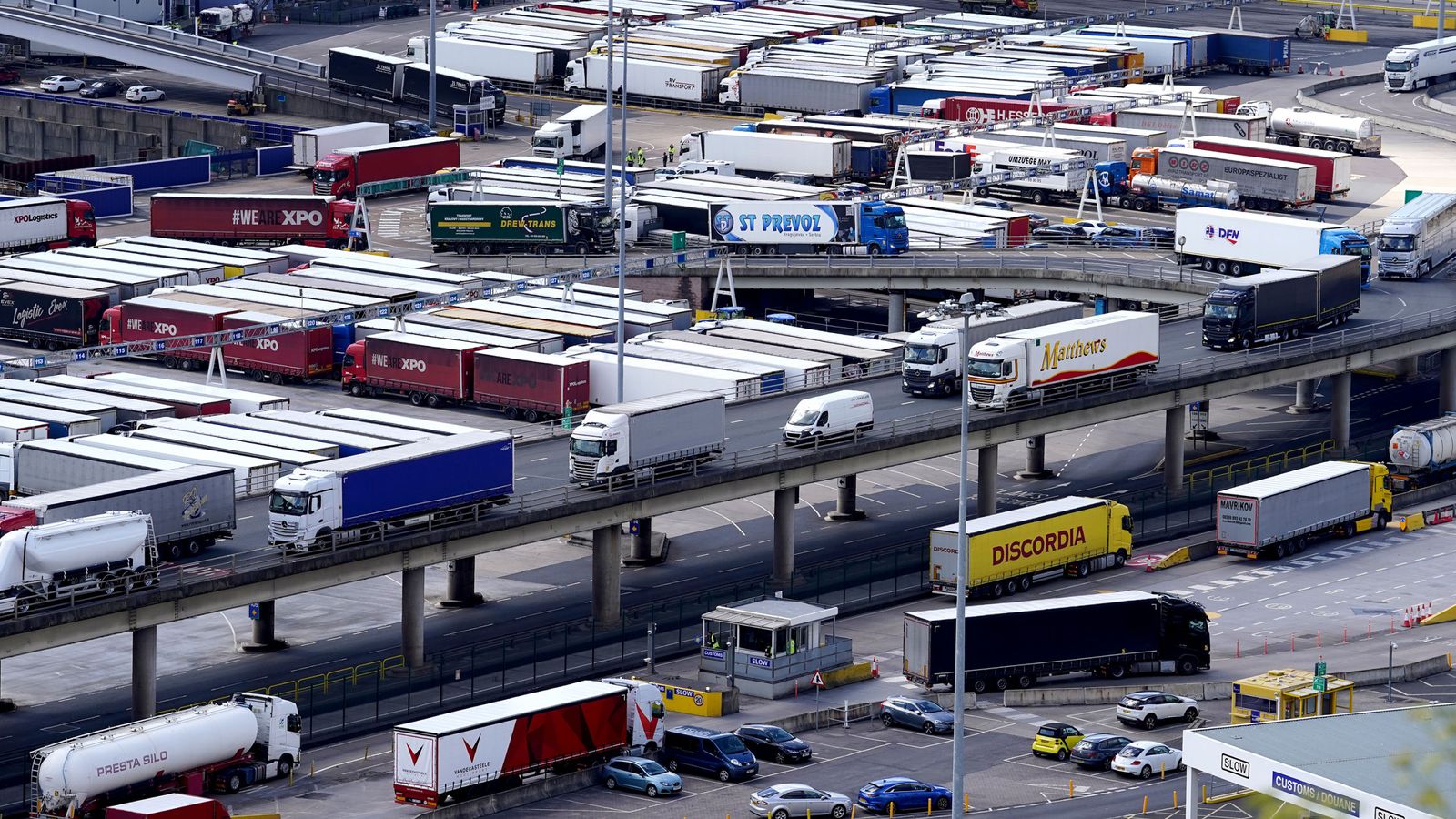 Hauliers exporting goods to the European Union have faced fresh disruption since the turn of the year as a glitch in the UK’s digital customs system and new demands from French authorities threaten delays.

Drivers heading to ports in the first few days of January found they were unable to enter details of shipments in the government’s Goods Vehicle Management System (GVMS) because it did not recognise the change in year to ‘2023’.

Hauliers exporting canned foods to the EU via France meanwhile face new demands that paperwork be presented only translated into French, leading to dismay among trade groups at the lack of certainty around border controls two years after Brexit.

The GVMS was introduced in 2020 to coordinate post-Brexit exports to the EU by linking vehicles to customs declarations required since the UK left the EU.

The system requires each shipment to enter a unique Movement Reference Number, which begins with a prefix code containing the year and the country of origin.

Exporters, hauliers and customs agents trying to ship goods on routes between the UK and Holland in the first two days of the year found the system would not accept the new prefix ’23GB’.

Instead of a smooth automated process through the border, they were required to drive to inland border facilities to get oral confirmation from Border Force officials, and have documentation hand-stamped.

HM Revenue and Customs, which manages GVMS, confirmed there had been a problem with the system but said disruption was “minimal”.

An HMRC spokesperson said: “We experienced technical difficulties with the GVMS for a short period on Monday and it is now fixed.

“A few traders were sent to our Inland Border Facilities, where we worked closely with them to ensure they reached their destination as quickly as possible. We apologise for any disruption caused.”

In a separate challenge for British exporters, the French authorities have begun demanding that some paperwork for food exports, known as attestations, be provided only in French and threatening to refuse goods that do not comply.

The new rules, unilaterally announced with just three days’ notice on 28th December ahead of planned introduction on 1 January, require paperwork for “shelf-stable composite goods” – tinned goods, sweets and similar – to be provided in French only.

In communication sent to the UK authorities the French Veterinary and Phytosanitary Inspection Service (SIVEP) said: “As English is not the official language of SIVEP border control posts, this leads to difficulties in understanding and may lead to errors of assessment of the validity of the documents presented.

“Therefore, in order to facilitate the control of the attestations by SIVEP agents, you will have to provide a private attestation in French as from the 1st of January 2023.

“Otherwise, all shipments accompanied by a private attestation written in a foreign language after this date will be blocked at the border control post.”

Following a negotiation with the French, the Department of Environment, Food and Rural Affairs has negotiated a delay to the new rules until 15 January, but they cannot be prevented as they are an interpretation of rules covered by the Brexit deal.

“Two years past Brexit and we now live with the reality that the way the rules are interpreted can change from one day to the next.

“It leaves us with an ongoing unease that undermines confidence and prevents businesses from seeking out new customers, making investments, or settling into new long term business structures.”