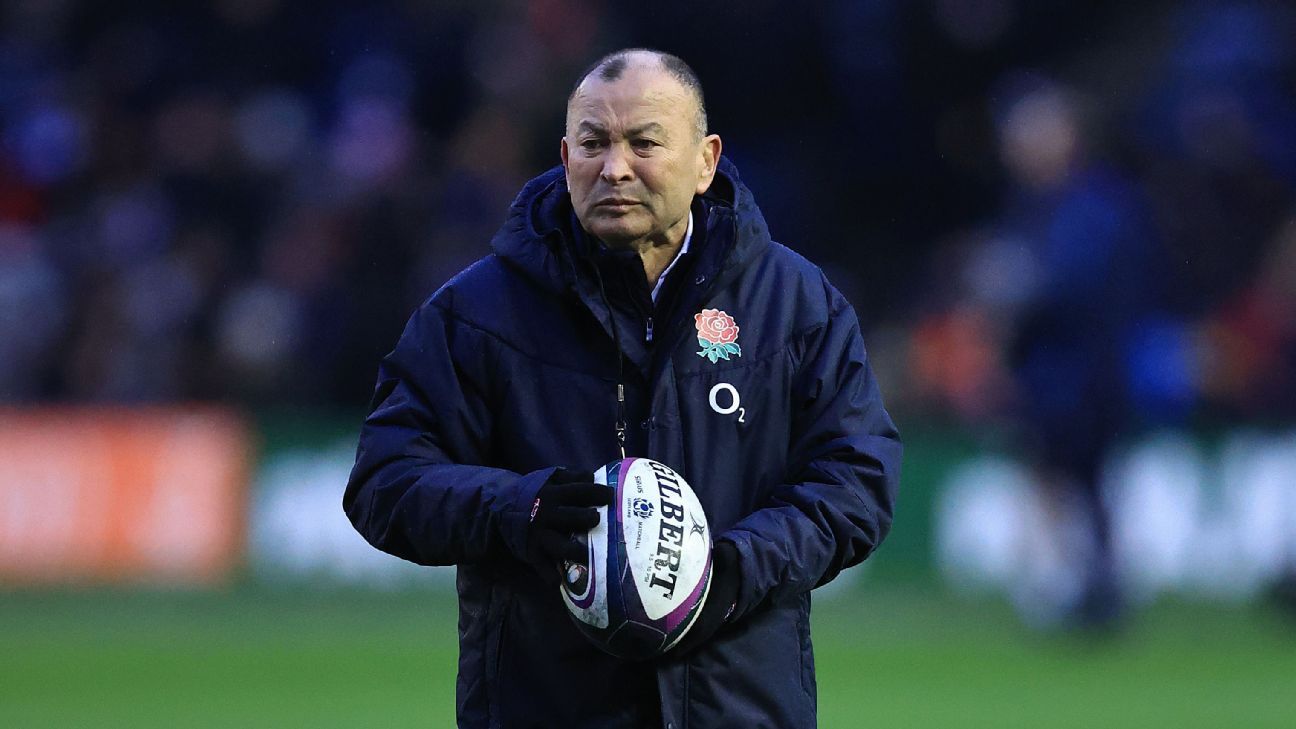 Maro Itoje has been moved to blindside flank as England coach Eddie Jones made a number of changes to his side to face Italy in the Six Nations Championship at the Stadio Olimpico in Rome on Sunday.

England lost their competition opener 20-17 in Scotland last weekend, but will be expected to brush aside an Italy side who have shown some recent improvement, but have lost their last 33 Six Nations matches in a row.

Regular lock Itoje started at flank a number of times early in his England career, but has done so just once, against Georgia in 2020, since an autumn international clash with Samoa more than four years ago.

Tom Curry will again captain the team from openside flanker with Alex Dombrandt completing the loose trio at No. 8. He replaces Sam Simmonds.

“When we look at our team, we try to maximise our resources,” Jones told reporters on Friday.

“Sam Simmonds played very well at No. 8, but we are going to finish with him this week.

“We want to see Alex Dombrandt playing a game that we think will really suit him. Against Italy, games tend to be more open and unstructured.

“We have gone for a big six [Itoje]. We want to get a bit more running out of Maro in terms of his attack and this is a great opportunity for him.”

Nick Isiekwe keeps his place at lock but is joined in the second row this week by Charlie Ewels, while prop Ellis Genge is the only member of the front row retained, with Will Stuart and hooker Jamie George coming into the starting XV.

Harry Randall will earn a third cap at scrum-half, with Marcus Smith retained at fly-half after Jones had been criticised for taking him off in the defeat by the Scots.

Jack Nowell and Max Malins are on the wings with Freddie Steward at full back. Joe Marchant and Henry Slade make up the centre pairing.

Scrum-half Ben Youngs will become the joint most capped England player of all time alongside Jason Leonard if he makes it off the bench, while at the opposite end of the scale, loose-forward Ollie Chessum could make his debut.

“It’s been a difficult week, but the players have bounced back well, trained hard and are ready to put on a good performance on Sunday,” Jones said.