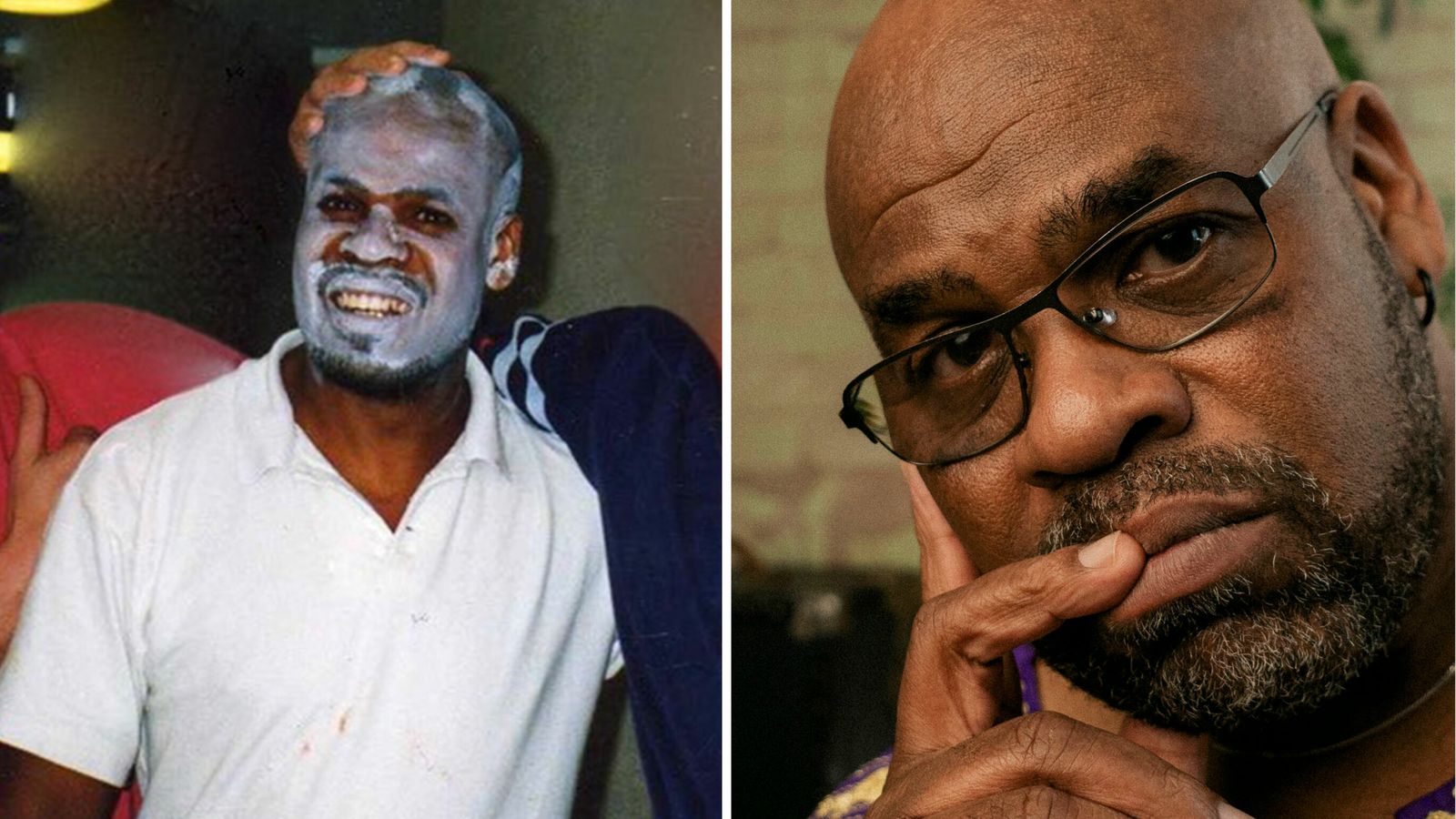 A black ex-Met Police officer whose colleagues painted his face white so he would “fit in” has urged Cressida Dick’s successor to fix the force’s “canteen culture”.

Gamal Turawa, who was the Met Police’s first openly gay black officer, told Sky News that racist remarks were dismissed as “banter” when he worked for the force and he was “complicit” in some of the abuse he suffered.

The former police constable also said he was left suicidal after his complaint of inappropriate behaviour by a senior officer was allegedly not taken seriously.

Following Dame Cressida’s resignation, Mr Turawa – who retired as an officer in 2018 after more than 25 years of service – believes “institutional discrimination” remains in the force.

Mr Turawa told Sky News: “I think one of the biggest mistakes [Cressida Dick] made was to say the force is no longer institutionally racist.

“The culture at the Met is not changed at the top, it’s changed in the canteens.

“That’s where the culture sits. It doesn’t sit in Scotland Yard.”

Mr Turawa, whose life story is told in a BAFTA-nominated documentary called The Black Cop, joined the Met Police in the early 1990s after four previous applications had been rejected.

After arriving at a police training college, he said it was quickly made known to him he was “not white” after he was subjected to racist comments “under the guise of banter”.

After he raised concerns that the remarks were making him uncomfortable, he said an instructor told him: “You know what your problem is son, you’ve got a chip on your shoulder.”

Just weeks into his training, Mr Turawa said a group of fellow recruits burst into his room and covered his face with shoe whitener, before telling him: “Now you fit in.”

He said he allowed them to do it and laughed along with them, even posing for a photo, because he believed “now they like me”.

Mr Turawa said those involved never faced any disciplinary action because he did not report the incident and they could have gone on to have had lengthy police careers.

“The reason I didn’t report it was because I was complicit in it as well,” he added.

Mr Turawa served as a PC at the Met Police and worked as a diversity and inclusion trainer.

He was often involved in the force’s publicity campaigns, hosting then prime minister Tony Blair at the launch of a new careers office at Scotland Yard in 2000.

But he suffered a breakdown in the early 2000s after he allegedly faced inappropriate behaviour from a senior officer.

After making a complaint, Mr Turawa said the officer assigned to investigate the case told him: “Do you really think this is going to go anywhere?”

He said this alleged incident and his struggle with his sexuality being secret at the time led him to write a suicide note.

“I remember standing on the platform waiting for the fast train to come along and then I just went blank,” Mr Turawa told Sky News.

“It was almost like I blinked and when I opened my eyes I was sitting in the office.

“One of my colleagues said: ‘You’re in early’, and I just burst into tears.

“That’s when I discovered I’d had a breakdown.”

He went on: “That breakdown was probably the best thing that ever happened to me because the three months I had off really forced me to look at myself and realise what I had allowed to happen to me.

“I had to start rebuilding myself.”

Mr Turawa, who came out as gay after returning to work, now tells his story to help educate officers in police forces and other organisations since his retirement.

“You have to be part of the change. You can’t just sit there and slag it off and not do anything about changing it,” he said.

“For me, it’s satisfaction to say I’m going to go back and try to do my best to improve things.

“I’m going to go to my grave knowing I did my part.”

Cherish Oteka, who directed and produced The Black Cop, told Sky News: “This is a really important story that people need to hear, not just black LGBTQ+ people but beyond the community as well.

“It’s a really important story of self-discovery and grappling with self-hatred and I think it’s a universal theme.”

In a statement given to the documentary in response to Mr Turawa’s claims, the Met Police said: “This is not the same Met as it was 20 to 25 years ago.

“We now provide mandatory diversity training for all officers and staff… and have introduced body-worn cameras so that the encounters our officers have with the public are recorded and are accountable.

“Policing is complex and challenging and we strive to ensure we are fair and just.

“The commissioner has been instrumental in personally improving the response to racist crime in London and enhancing the service we give to London’s black community.

“We have done more than almost any other organisation to ensure that racism isn’t tolerated and we champion equality and inclusion.”

The Black Cop, which is nominated in the British short film category at next month’s BAFTAs, can be viewed here.

Anyone feeling emotionally distressed or suicidal can call Samaritans for help on 116 123 or email jo@samaritans.org in the UK. In the US, call the Samaritans branch in your area or 1 (800) 273-TALK.