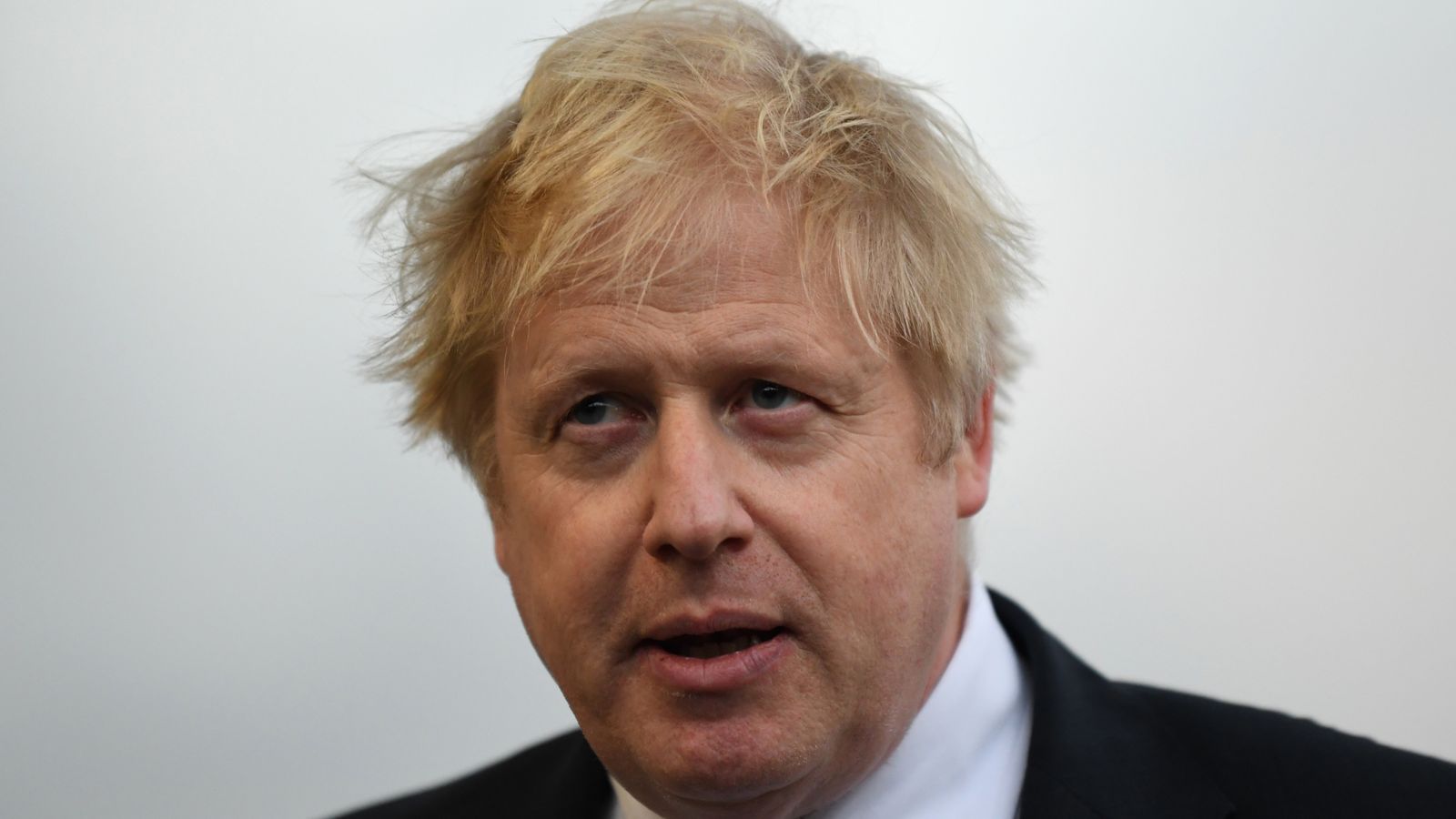 Boris Johnson is making his first visit to Scotland since the leader of the Scottish Conservatives called for him to quit over Downing Street partygate allegations.

He is using Parliament’s half-term break to embark on a “levelling up” tour of the UK, starting in Scotland with visits to a manufacturing site and research and development projects.

But the prime minister is not expected to meet his party’s Scottish leader, Douglas Ross, who last month demanded his resignation, a call later backed by Tory members of the Scottish Parliament.

Mr Ross’s attack triggered a furious civil war between Tories at Holyrood and Westminster, after then Commons Leader Jacob Rees-Mogg – one of the PM’s closest allies – branded Mr Ross “a lightweight”.

This weekend it was reported that Mr Johnson attempted to begin a rapprochement with Mr Ross by sending him a handwritten birthday card two weeks after he made his resignation demand.

The Scottish Tories have also extended an olive branch to the PM by inviting him to speak at their conference in Aberdeen next month, although it clashes with the UK party’s Spring Forum in Blackpool.

As a result, Mr Johnson is expected to attempt to heal the wounds of the rift with Mr Ross by speaking by video-link, either live or pre-recorded, although some Scottish Tories are said to want the PM frozen out entirely.

Calling on Mr Johnson to quit last month, Mr Ross claimed his position was “no longer tenable” after he admitted he attended a “bring your own booze” event at No 10 at the height of the UK’s first national lockdown.

“I don’t want to be in this position, but I am in this position now, where I don’t think he can continue as leader of the Conservatives,” Mr Ross, a Westminster MP and MSP, told Sky News in an interview.

Mr Ross was immediately backed by his charismatic predecessor Ruth Davidson, now a Tory peer, and Conservative MSPs, but not by the party’s other MPs at Westminster. 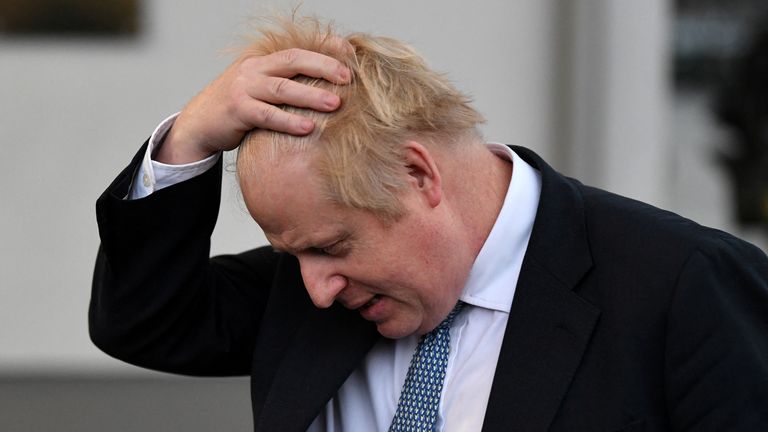 PM has a week to answer questions

Read more: Boris Johnson contacted by Met Police as part of probe into lockdown-busting events in Downing Street and across Whitehall

Responding to the invitation to the PM to Aberdeen, the SNP’s Westminster leader, Ian Blackford, tweeted: “This screeching U-turn won’t do much to counter Jacob Rees-Mogg’s claims that Douglas Ross is a ‘lightweight’ whose authority is crumbling.

“You can’t demand Boris Johnson resigns one week, then invite him to give a keynote speech the next. It’s just not credible.”

At the start of his “levelling up” tour, the PM is expected to be in Scotland on Monday, although his travel plans may be disrupted by the crisis in Ukraine, with fears that a Russian invasion may be imminent.

Announcing the prime minister’s half-term itinerary, Downing Street said he will get out of Westminster to see how the government is delivering on the people’s priorities across the country.

“I’m getting out of London this week and taking a simple message with me – this government is getting on with the job of uniting and levelling up the country,” Mr Johnson said ahead of his visit to Scotland.

“Access to good healthcare, a good education, skilled work, reliable transport – none of this should depend on where you live.

“We’re changing the rules of the game to put fairness back at the heart of the system and focusing on the priorities that really matter to people. This is our mission and we’re getting on with delivering it.”

Downing Street says the PM will take the message directly to people on the ground and emphasise that under his new No 10 operation there will be a laser focus on levelling up, clearing COVID backlogs and improving living standards across the UK.

Starting the week in Scotland, he will visit a manufacturing site to meet with some of their 800 highly skilled workers and discuss how they’re using advanced technology to revolutionise their manufacturing processes.

He will also see some of the projects contributing to the UK’s world-leading research and development sector, which were funded under the UK and Scottish government’s 2018 Edinburgh and South East Scotland City Deal. 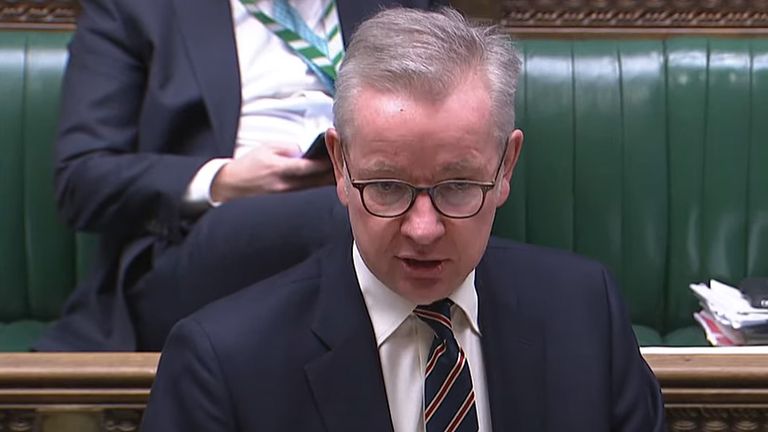 The government says that as part of the Levelling Up White Paper, it committed to increasing domestic public investment in R&D by at least 40% outside of the greater South East.

Recognising the importance of supporting young people in the workplace and delivering his vision of a high skill, high wage, high productivity economy, the PM will also use the trip to meet with apprentices who are developing a range of skills from cyber to mechanical and electrical engineering.

Later in the week, following the publication of plans to clear the NHS backlog, the PM will travel to north west England to see how an oncology centre is tackling the backlogs by using technology and developing new ways of working.

The government says the recovery plan sets out how the NHS will address unprecedented waiting lists caused by the pandemic, while redesigning how services are delivered to improve care for the long term.

It includes more community diagnostic centres, surgical hubs and ways to give patients greater control over their own health and care, rapidly increasing capacity while reducing waiting times, according to the government.