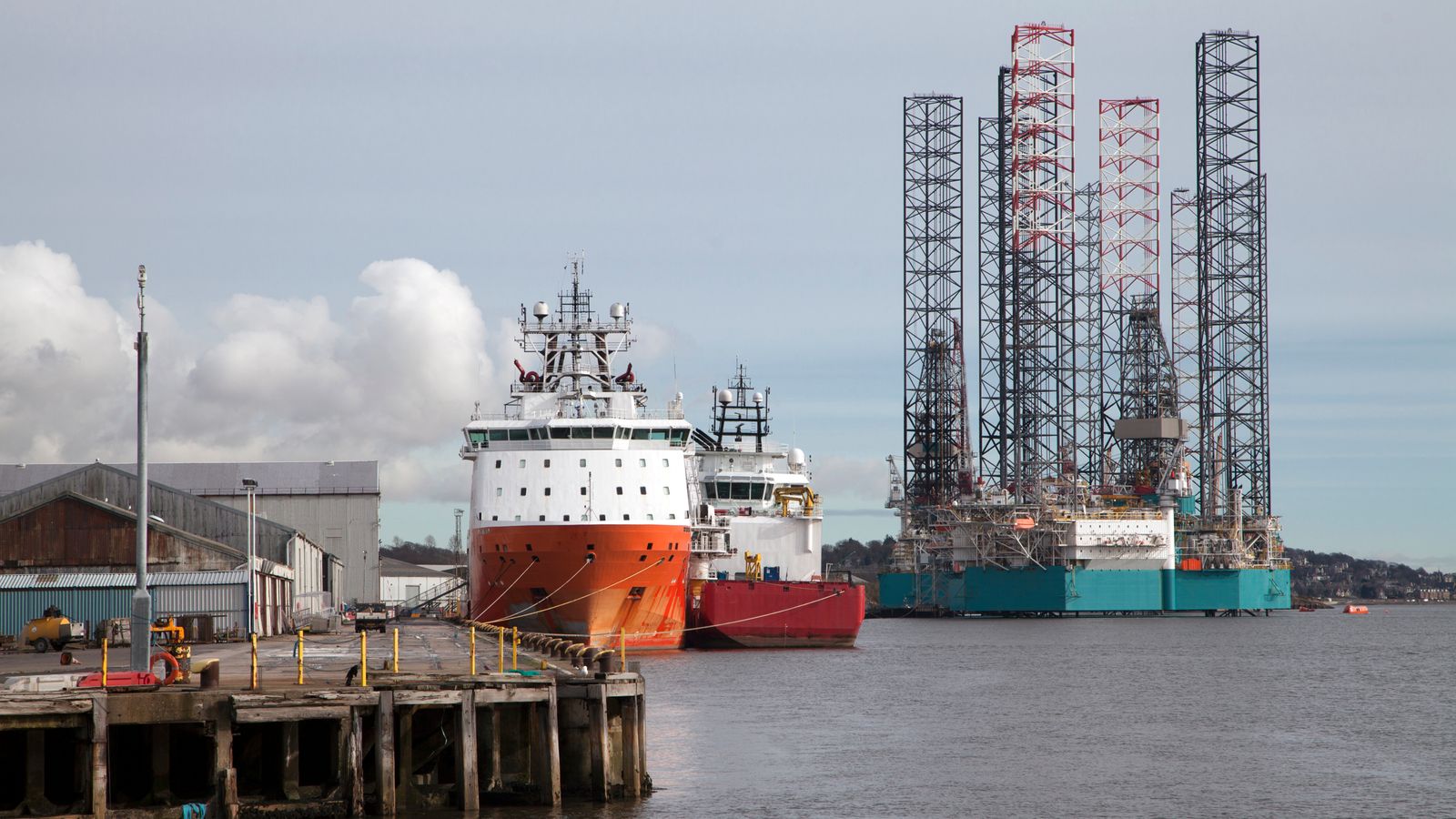 Boris Johnson is love-bombing Scots on Valentine’s Day with a pledge to boost trade and business by creating two “green freeports” north of the border.

The prime minister is visiting Scotland on day one of a “levelling-up” tour of the UK which will also take him to England’s North West and North East regions this week.

Freeports are tax-free zones around docks, airports or railway hubs designed to boost economic growth by exempting goods arriving in them from tax and customs charges.

They are a key part of the government’s levelling-up agenda, which Mr Johnson is promoting during his tour this week.

Another freeport in Wales is expected to be announced shortly. The Valentine’s Day announcement of two freeports in Scotland next year follows months of wrangling between the UK government and Nicola Sturgeon’s SNP-led administration in Edinburgh.

Differences have now been resolved, however, and Westminster says a landmark deal has been agreed for two in Scotland, which follow eight in England already promised by the government.

But the PM’s love-bombing has already been given the cold shoulder by the SNP’s government partners the Scottish Green Party, in the first major split between the two parties since they signed a power-sharing deal last year.

The Scottish Greens’ finance spokesman, Ross Greer MSP, has condemned the proposals and declared: “The Greens will have nothing to do with this corporate giveaway. A little greenwashing won’t change the grim reality of these freeports.

“They are yet another way of handing tax breaks and public money to rich corporations, despite no evidence that it will create real economic prosperity.”

Despite the Greens’ protest, there will now be a bidding war north of the border, with the ports of Aberdeen, Peterhead, Cromarty Firth, Dundee, Forth and Clyde all expected to compete for the special tax-free status.

Speaking ahead of his visit, Mr Johnson said: “Freeports will help to accelerate our plan to level-up communities across the whole of the United Kingdom.

“They have the power to be truly transformational by creating jobs and investment opportunities to enable people to reach their potential, and I am delighted that people across Scotland will reap the benefits that will come from having two new green freeports.”

The new zones will be known as green freeports because they will have net-zero targets at their heart and prospective bidders will have to make a pledge to reach Net Zero by 2045.

Read more: How barnacles and algae on ship hulls are driving up carbon emissions

The government says the freeports will support the regeneration of communities across Scotland, bring jobs and prosperity and support work to level-up all four corners of the United Kingdom.

The bidding process will open in the spring, closing in the summer, after which the bids will be assessed and successful locations announced.

It is hoped that the new sites will be operational by spring 2023.

The Aberdeen-born Levelling Up Secretary Michael Gove said: ”This is a truly exciting moment for Scotland, and I am delighted we will be working together with the Scottish government to set up two new green freeports.

“Green freeports help inject billions into the local economy, while levelling-up by creating jobs for local people, and opportunities for people all over the UK to flourish.

“By collaborating using opportunities like green freeports we can work to level-up the whole of the UK and bring benefits and opportunities to communities that need it most.”

And Chancellor Rishi Sunak, accused by critics of failing to fund levelling-up adequately, added: “It’s fantastic that there will soon be two new freeports in Scotland – these sites will boost innovation and trade, create new jobs, and level up communities as we deliver lasting prosperity across the UK.”

Subscribe to ClimateCast on Spotify, Apple Podcasts, or Spreaker.

Despite the opposition from the SNP’s partners at Holyrood, the freeports deal was also welcomed by the Scottish government’s cabinet secretary for finance and the economy, Kate Forbes.

“I am pleased we have been able to reach an agreement on a joint approach that recognises the distinct needs of Scotland and enshrines the Scottish government’s commitment to achieving net-zero and embedding fair work practices through public investment,” she said.

“Scotland has a rich history of innovative manufacturers and so as we look to grasp the many opportunities of achieving net-zero, the establishment of green freeports will help us create new green jobs, deliver a just transition and support our economic transformation.”

Officials from the UK and Scottish governments will now jointly assess the prospective bids to ensure they meet their shared goals and ministers will have an equal say on the final selection of the locations.

Any sea, air or rail port can apply as part of a consortium with other businesses, the council, and other relevant public bodies.

However, any consortium wishing to bid to establish a green freeport must guarantee that local communities will benefit from it, as well as delivering on ambitious targets for net zero.

No 10’s defence of Dominic Raab bullying allegations under scrutiny
Spy balloon over US is ‘civilian airship’ that blew off course, says China – but Blinken cancels trip
Tesla Model 3 refresh prototype spotted being tested
Frantic rescue efforts continue after Turkey and Syria earthquake as number of killed rises
Biden’s response to the Chinese spy balloon is measured but anchored in reality