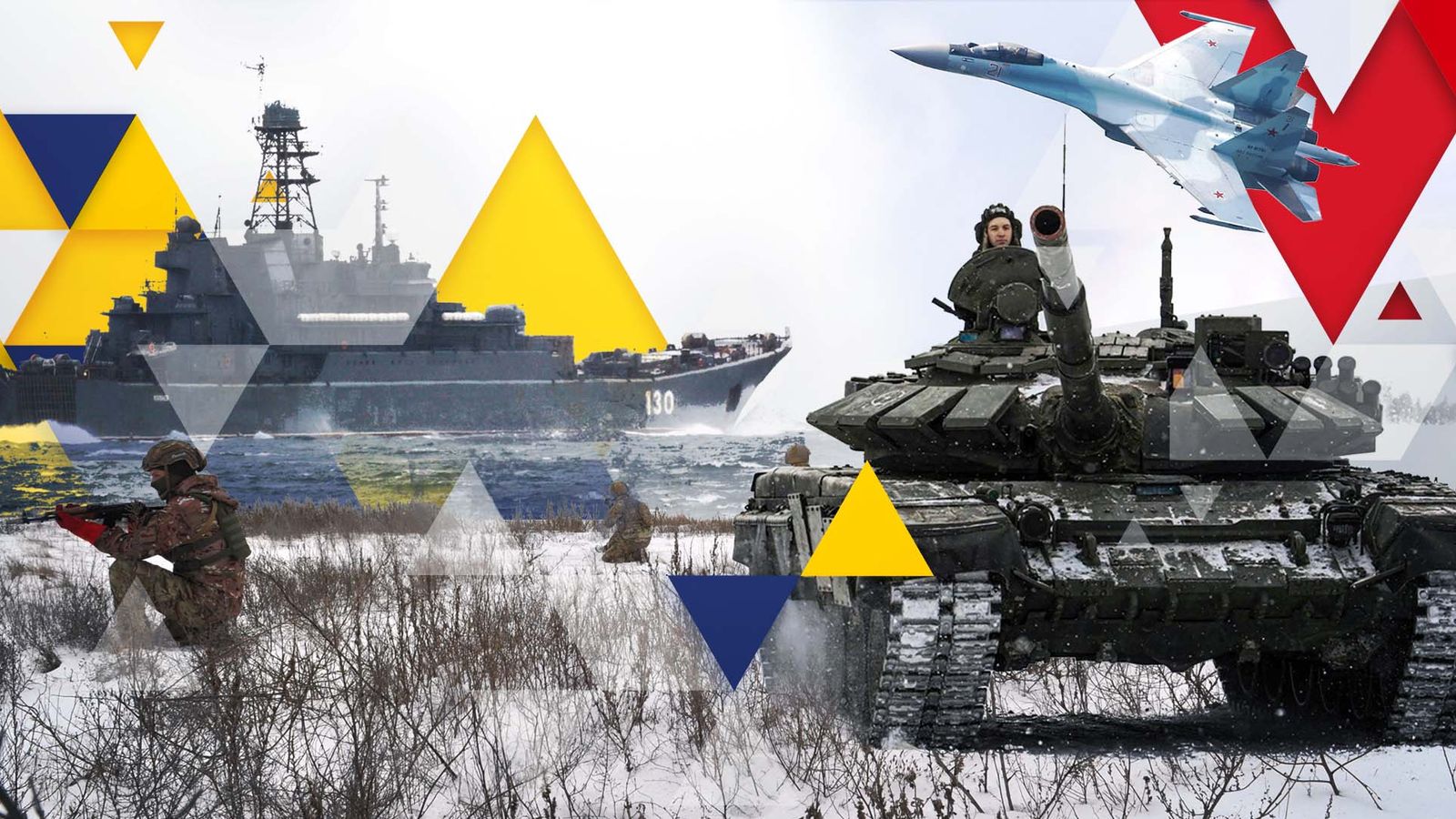 Russia has more military firepower than Ukraine – covering the land, air and sea.

It is reflective of a wider military dominance that stems from a Russian defence budget that dwarfs Ukraine’s.

The imbalance is greatest at sea, with Russia having 10 times the number of navy personnel.

Ukraine also has 900,000 reserve personnel – those who have received military training in the last five years – compared with Russia’s two million.

While these ratios are both about 2.2 to 1, the Russians are much better placed when it comes to equipment.

They have more than three times the amount of artillery, six times the number of tanks, and almost seven times more armoured vehicles than the Ukrainians.

In the air, it is a similar story: Russia has 10 times the number of attack aircraft and helicopters.

The Ukrainians do have over 400 surface-to-air missile launchers that could target aircraft – although this is still only a tenth of the number possessed by Russia.

Some analysts think a Russian attack would rely upon long-range weaponry such as cruise missiles to target key Ukrainian sites from distance.

In recent weeks, NATO countries have been supplying Ukraine with additional “lethal aid”, such as the UK’s provision of 2,000 anti-tank weapons.

Yet while these shipments are designed to make any Russian invasion costlier to them, few experts believe these weapons would change the immediate outcome of a Russian attack.