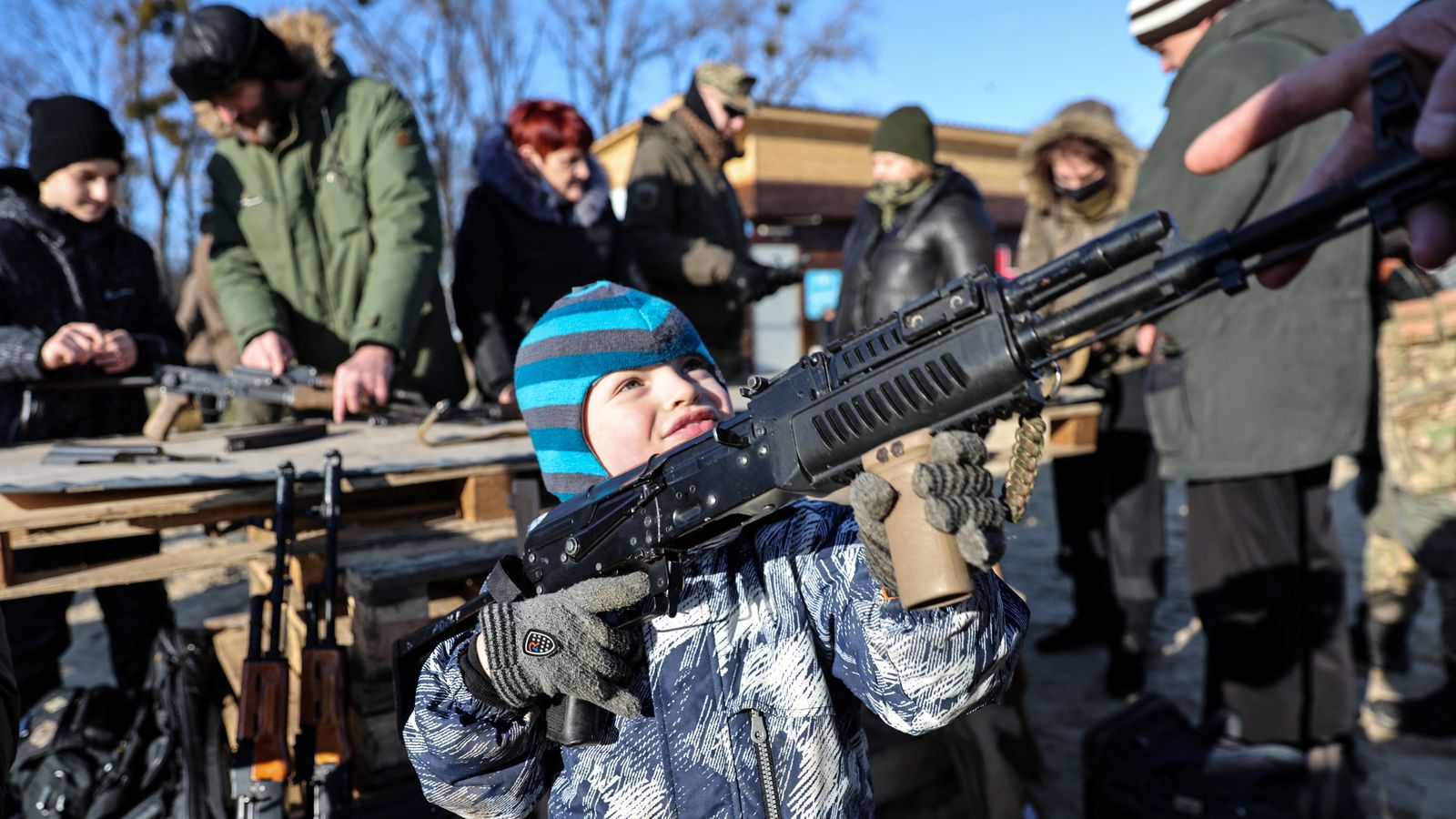 Bombs will drop on Ukraine within minutes of Vladimir Putin giving the order, the armed forces minister has warned.

After telling all Britons on Friday to leave Ukraine immediately, James Heappey told Sky News: “My fear is it is very imminent, that’s not to say it’s definitely going to happen.

“This is a warning because minutes after Putin gives the order, missiles and bombs could be landing on Ukrainian cities.”

He said the UK suddenly changed its advice because there are now about 130,000 troops on Ukraine’s border, thousands more at sea and the UK can see Russia has brought in “combat enablers” in the form of fuel, medical supplies and bridging assets.

Mr Heappey also said the UK will support Ukraine whether it wants to become a member of NATO or not.

There was confusion over the weekend after the Ukrainian ambassador to the UK said Kyiv was willing to be “flexible” over its goal to join the military alliance.

Kyiv had previously made its ambitions to become a NATO member clear, but Moscow says this could make it a launch pad for NATO missiles targeted at Russia, which is why it is amassing troops at the border – although Moscow has denied it is planning to invade.

But this morning, ambassador Vadym Prystaiko clarified his remarks, saying the former Soviet republic would not be reconsidering its attempt to join the military alliance.

A spokesman for the Ukrainian foreign ministry said Mr Prystaiko’s comments were “taken out of context” and Ukraine’s “immediate accession” to NATO would be the best security guarantee for Ukraine but something needs to be done now as the threat is imminent.

Ahead of the clarification, Mr Heappey told Sky News: “If Ukraine decides that it is going to offer that it won’t become a NATO member we support that, that’s for the Ukrainians to decide.

“Similarly, if Ukraine wanted to reserve its position and say that in the future it may want to join NATO, we would
support that too because that’s what sovereignty is and that’s what we support.”

Mr Heappey reassured Britons trying to get out of Ukraine despite lots of embassy staff having already left, consular assistance is still available there, and also from London and neighbouring Poland, and said the motorways and some commercial flights are still running but warned that may not be the case for very long.

China has taken a different view, with its foreign ministry spokesman on Monday saying its Kyiv embassy is operating as normal but Chinese citizens should closely monitor the situation on the ground.