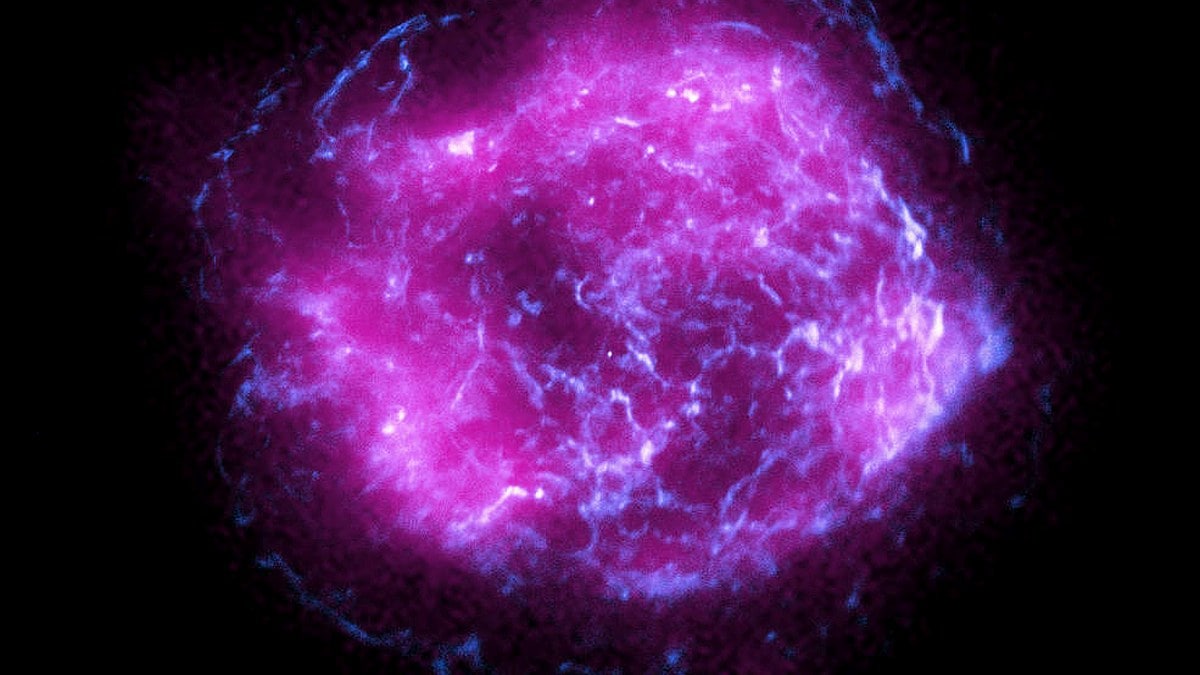 NASA has released the first imaging data received from its Imaging X-ray Polarimetry Explorer (IXPE). The images are of the supernova remnant Cassiopeia A. The object exploded in the 17th century and sent shock waves, heating the surrounding gas to high temperatures. It features a cloud, formed by accelerated cosmic particles, that glows in X-ray. This phenomenon makes it an apt subject of study by the IXPE. These imaging data were collected from January 11 to 18. The images come after the observatory completed its month-long commissioning phase after being launched on December 9, 2021. Cassiopeia A has been studied by other telescopes earlier. But IXPE is equipped with instruments that will allow researchers to study the object in new ways.

NASA has explained the colouration of the released image on its website. The saturation of the magenta hue reflects the intensity of X-ray light observed by IXPE. The colours ranging from cool purple, blue, red to white correspond to the increasing brightness of the X-rays.

The observatory will help scientists measure the polarisation of X-rays in space. Such a study can take us to light sources. IXPE’s instruments also measure other parameters related to X-rays: energy, time of arrival, and position in the sky of the sources.

Scientists are working to use IXPE’s data to make the first X-ray polarisation map of Cassiopeia A. This can help us understand the origin of X-rays from the object.

The released image also overlays data from NASA’s Chandra X-ray Observatory, shown in blue. The two observatories helped scientists discern that Cassiopeia A has a compact core. More observations will come up with the help of detectors that can observe the object with different levels of sharpness.

Martin C. Weisskopf, the IXPE principal investigator said, “The IXPE image of Cassiopeia A is as historic as the Chandra image of the same supernova remnant. It demonstrates IXPE’s potential to gain new, never-before-seen information about Cassiopeia A, which is under analysis right now.”

The IXPE is designed to examine some of the universe’s most energetic objects, such as an exploded star’s remnants or intense particle jets ejected from feeding black holes. It was announced in 2017 and finally launched aboard a SpaceX rocket last year in December.

Tech stocks just finished a five-week rally — the longest stretch since market peak in November 2021
British Army: ‘The army is in a dire state’ – Tory MP and Defence Committee chair
BMW in talks with UK government over £75m grant for electric Mini
Future industrial action ‘will be even bigger’ if ministers do not act, union boss warns
Trying to make sense of Chelsea’s transfer spree: big gambles, but big rewards too?