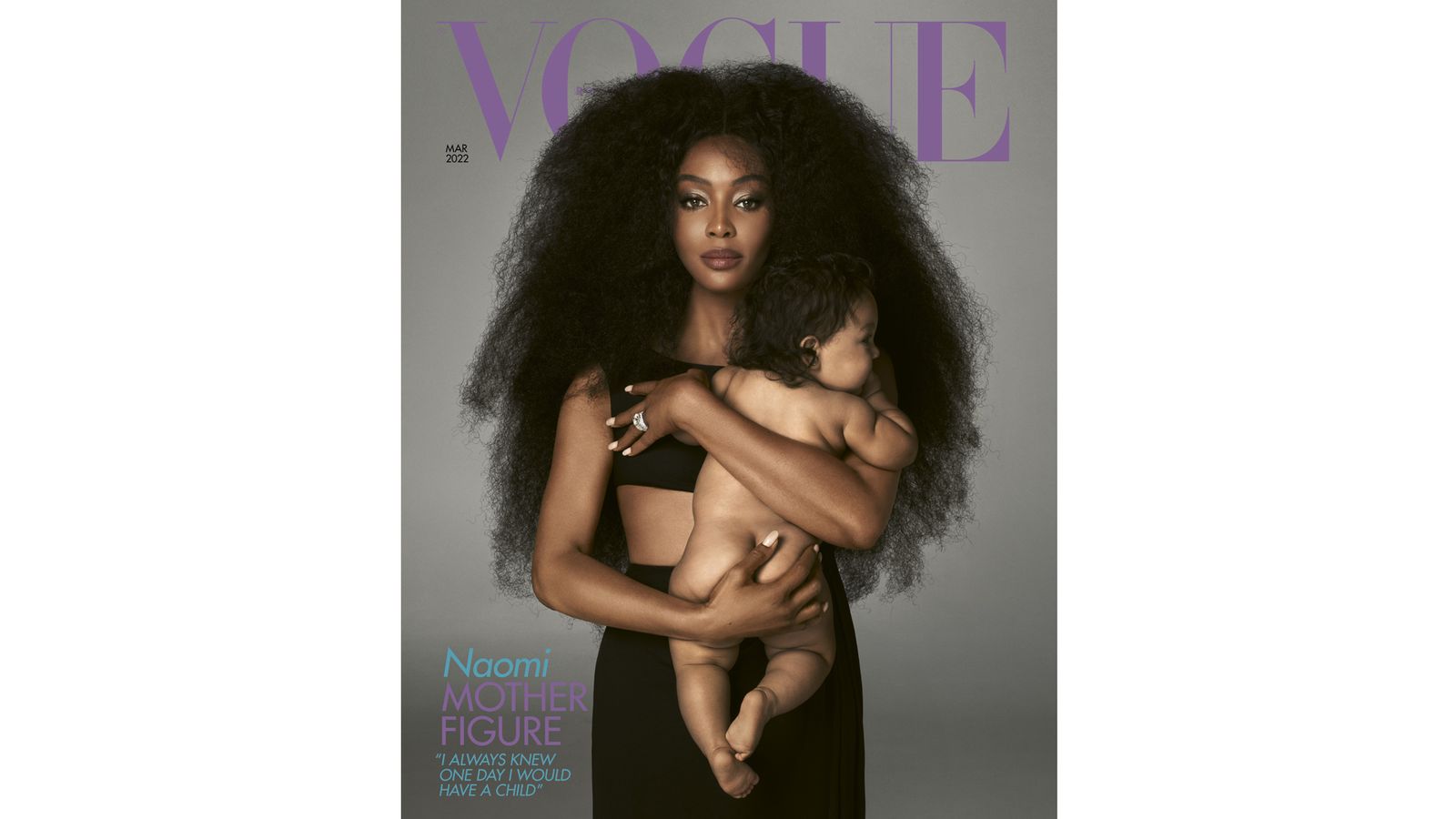 Naomi Campbell has confirmed her baby daughter is not adopted and described her as the “biggest blessing” she could ever imagine.

The 51-year-old supermodel announced she had become a mother in May 2021. Having kept the news private beforehand, it led to speculation the little girl had been adopted.

But in a new British Vogue cover interview, for which Campbell has been photographed with her daughter for the first time, the star has now spoken about becoming a mother.

“She’s my [biological] child,” she told the magazine, and confirmed the baby is not adopted.

“I can count on one hand the number of people who knew that I was having her,” she said. “But she is the biggest blessing I could ever imagine. It’s the best thing I’ve ever done.”

However, Campbell did not reveal any other details and has chosen to keep her daughter’s name private, at least for now. According to Vogue, she is saving details for her book, which she is yet to begin.

She had previously spoken about wanting children, telling the Evening Standard in an interview in 2017: “I think about having children all the time. But now with the way science is I think I can do it when I want.”

One of the ‘big six’ supermodels

Campbell was born in London and discovered as a schoolgirl, rising to fame in the late 1980s and becoming the first black British model to appear on the cover of British Vogue.

In the 1990s, she become known as one of the famous “big six” supermodels alongside Christy Turlington, Linda Evangelista, Cindy Crawford, Claudia Schiffer and Kate Moss.

The star admitted to Vogue in her interview that while she still enjoys catwalk events , she finds it “nerve-racking” walking alongside younger up-and-coming models.

However, she added that the shows were “more joyful” during her heyday and that the models “got to show off our personalities”.

She said: “It’s great to be with these young ‘uns at my age, but I have to say, at one of the shows I was like, ‘come on, girls! Pick up your feet! Why are you walking so slow?'”

Reflecting on her earlier career, the supermodel described it as an “incredible time” but hard work.

“We did eight shows a day and then we would go and celebrate with the designers in the evening,” she said. “I wonder sometimes if models now could have kept up with us.”

Campbell, who has become a role model for younger black models who are helping to shift beauty ideals, recalled challenges she faced earlier in her career.

“There were lots of times when I would walk in the fashion shows, but I was never picked for the ad campaigns and it would hurt – it really hurt,” she said. “I would have to suck it up and keep moving.

‘He wants world dominance’: Pompeo reveals who he thinks is more dangerous than Putin
Avis has new T&Cs for renting its EVs, and they’re a little weird
‘Nobody is born smart’: Ex-commander of Russian mercenary group apologises for fighting in Ukraine
Suspected Chinese ‘spy balloon’ was same size as 20-storey building, US military says
Sources: Clippers join trade talks for Nets’ Irving