Looking for a new film or TV boxset to start this weekend? This is our guide to what’s new and coming up.

Directed by Ben Stiller, this series stars Parks And Recreation actor Adam Scott as one of a small group of office workers who have opted to have their work memories severed from their home ones.

It’s a unique set-up and one that will leave viewers questioning how they juggle everything going on in their own lives.

When we caught up with Stiller to find out more, the Hollywood star told us that making the show – which takes an extreme look at work-life balance – led to him questioning whether he’d got the right equilibrium in his own life.

“The show ended up being a challenging shoot because we started it basically at the heart of the pandemic, and the hours were long and then the work-life balance started to get out of balance for me working on the show,” he says. 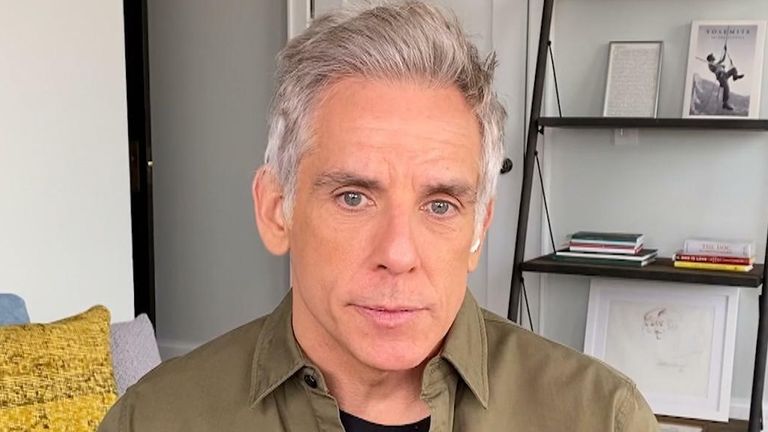 “Then everybody started to look at that, I think, within the pandemic and how many hours you’re spending a day away from your family, taking these risks to work. All these things that everybody’s dealing with in their lives, everybody’s questioned it and really, I think had to take a good look at, ‘well, what’s more important?'”

Severance is a show of two halves – many of the characters’ lives are essentially split as their memories change while in the lift going into or out of work, and the aesthetic is very retro, despite the futuristic tech used in the series.

Scott describes the role – which is almost like playing two characters, one with home memories who is grieving, and one at the office who has no memory of the person he lost – as being like a maths problem.

“I think it was important to all of us that it feel like one person, but just sort of different pieces of one person, almost different halves of of one person,” he says. “One of them has all of this life experience and is dealing with all of this grief, and that’s the reason he is escaping into the other half, which has none of that.

“He has none of these kind of emotional burdens, although he is physiologically carrying some of that over, he just doesn’t know what it is or how to name or identify it.”

Morgan Freeman has played everyone from Nelson Mandela to God to fictional US presidents, but is perhaps best known for portraying Red, the convict friend to Tim Robbins’ Andy Dufresne in the 1995 film The Shawshank Redemption.

It was that famous voice, deep and calming, that narrated the story of the big screen’s most famous prison escape. Now, Freeman is back looking into jailbreaks again – real ones, this time.

The Hollywood veteran is narrating the new documentary series Great Escapes With Morgan Freeman, which takes a look at some of the most daring bust-outs of all time, from the island of Alcatraz to Mexican drug lord El Chapo. 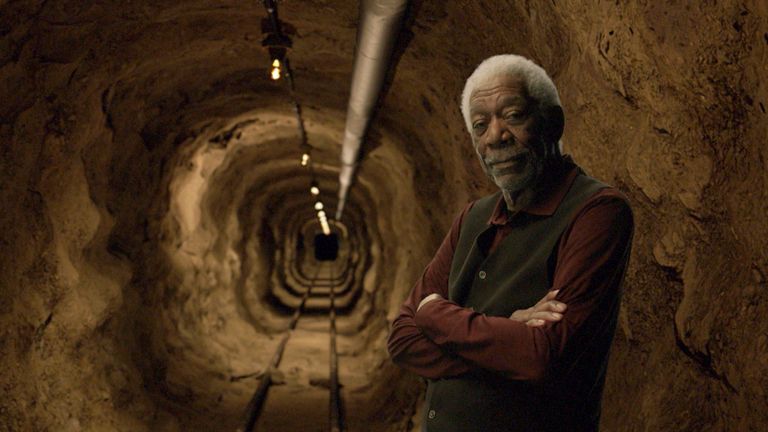 Morgan Freeman on the world’s most daring prison escapes

“If you think about how much effort and thought, dedication, goes into making an escape from a maximum security institution; the first thing you think is that no, it’s never going to happen, you can’t do that,” he told Sky News. “It’s like digging a grave with a spoon… and the most fascinating thing about any of these is the fact that they pulled it off.”

We also spoke about whether a Shawshank revisit would ever be on the cards, almost 30 years later, and what Freeman’s thoughts are on the Oscars nowadays. You can read more from his interview here. And speaking of the Oscars…

Granted access to unseen archive material from the Chaplin estate, filmmakers Peter Middleton and James Spinney attempt to get to know the man behind the toothbrush moustache in The Real Charlie Chaplin.

Chaplin was arguably the world’s first-ever global celebrity. But while there’s no questioning his impact on popular culture, when it comes to his private life there is an argument that by modern standards he wouldn’t really be seen or heard.

The documentary touches on how three of his four wives were teenagers. Lita Grey was 12 when she acted alongside him and they later married secretly in Mexico when she was 16 and pregnant – in California, he could have been charged with statutory rape.

You can listen to our interviews and hear our reviews in this week’s Backstage podcast. This week, as well as Severance and Great Escapes, out Backstagers are also discussing the return of The Marvelous Mrs Maisel to Amazon Prime, Space Force to Netflix, and Frayed to Sky Max.