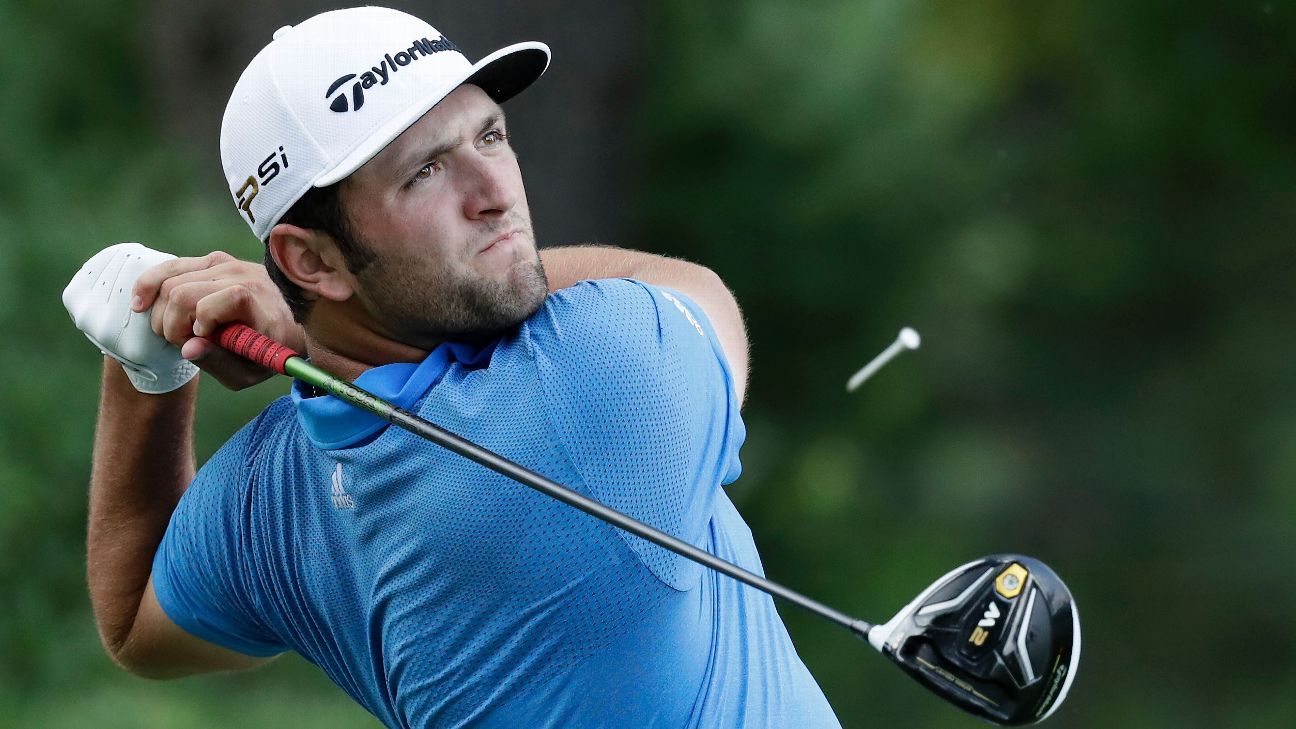 The PGA Tour makes its final stop on the West Coast swing for the Genesis Invitational at Riviera Country Club in Pacific Palisades, California. Max Homa is the defending champion, but Jon Rahm enters as the favorite in a star-studded field.

Which players are the favorites this time around? Who offers good odds? And what props are worthwhile?

The metrics that matter at Riviera have Rahm at the top of the list. He ranks second in strokes gained tee-to-green as well as greens in regulation this season. Top-10 finishes are commonplace for Rahm, and it is only a matter of time until he wins this season. This could be the week, considering his game sets up nicely with this track.

The ebbs and flows of Johnson have always been a betting fascination. When he is dialed in and at the top of his game, there is arguably no one better, which is how he ascended to No. 1 in the world with four wins in the second half of the 2020 calendar year, including at the Masters and Tour Championship. His 2021 season did not live up to his standards, but it wasn’t horrible, as he had six top-10s, including a T-8 right here at Riviera. He won here in 2017 at a record 17 under, was runner-up in 2014 and 2015 and has a total of 10 top-10s in 14 starts. Simply put, this is one of his favorite courses in his storied career.

Buyer beware — it’s only the third time he is teeing it up since August — but if he is going to kick-start a season, Riviera would be the place for him to do it. You don’t often get 18-1 odds on the former No. 1, so I am jumping in at that price.

This pick could be on principle alone, but there’s a lot more to it. If you are getting longer than 20-1 on McIlroy in a stacked field, you take him. If you haven’t heard his name mentioned lately, for whatever reason (this time because he has been playing overseas), you take him. He has finished in the top 30 in four of his five appearances here, including T-4 in 2019 and T-5 in 2020. This is only his second PGA Tour event of this season, but he won the other at the CJ Cup back in October. Since then, he has been overseas, finishing in the top 12 of all three events, including a third-place finish last month in Dubai. He’s well rested, his game is in good shape and he’s being undervalued at 22-1. The last time Rory had odds this long, he took down the Wells Fargo Championship, another course he loves.

Bearman: The defending champion also finished T-5 in 2020 and is listed at 40-1 this week. Count me in. Homa was in the mix last week at Scottsdale before a final-round back-nine 38 knocked him out. He has been playing fantastic golf this season, with a win and four top-15s. Homa is from L.A., so this is a homecoming for him, just like it was last year when he won.

Cantlay has finished in the top 10 in his four starts this season, including top-5 finishes in three of those four … and he just lost in a playoff last week in Phoenix. You would be hard-pressed to find anyone playing better golf right now. He has finished in the top 20 at Riviera in each of his past four starts and is due for a win this season. I expect this SoCal guy to be in contention come Sunday.

Mcllroy hasn’t been on anyone’s radar because he has been playing overseas, finishing in the top 12 in both of his starts. Rory has had hot starts at Riviera, finishing at the top of the first-round leaderboard in two of his six starts.

I could just copy and paste from last week with the world’s No. 1 player. At TPC Scottsdale last week, Rahm did what he has been doing a lot of lately, contending and then charging late on Sunday for a top-10 finish but not taking home the title. As noted in last week’s column, the U.S. Open win last year at Torrey Pines is his lone win since August of 2020. But he has been a top-10 machine, notching 10 in his past 11 PGA Tour events, not counting the withdrawal at Memorial, where he led by 6 shots after 54 holes. The 9-1 odds to win are hard to justify against this stacked field when you can get double that for guys like Collin Morikawa, DJ and Rory, but even money for another top-10? Sure.

Narrow fairways? Difficult greens to hit? Good iron game needed? All three perfectly describe what Morikawa brings to the golf course. It’s hard to not like the 25-year old on a track like Riviera. The only thing stopping me from taking one of the top tee-to-green players in the game is the fact we have seen him in only one official event since October. Of course he finished T-5 in Maui, so I’d expect him to do well here as well. It’s also only his third appearance here, so a cautious approach is the one I am taking for the reigning Open champion.

This will be the second start for Zalatoris at Riviera (he finished 15th last year). Hopefully some time off helped him clear his mind after a disappointing loss at the Farmers a few weeks back and he is ready to grip it and rip it again. He ranks first in strokes gained tee-to-green and approach, which will do him well this week.

Im is playing terrific golf but is flying under the radar. He had a fantastic January and is ranked in the top 10 in strokes gained tee-to-green as well as greens in regulation. To get him in the top 20 at plus money is ridiculous.

Riviera is one of Scott’s favorite courses. It’s no surprise, considering he won here in 2005 and 2020 and has a second-place finish in the past five years. His iron play is on point, and he putts well on poa annua.

I wouldn’t be surprised if Fitzpatrick won this week. He comes in hot after the Phoenix Open, where he gained over 7 strokes tee-to-green and finished T-10. He also finished T-6 at Pebble and finished fifth here last year.

This might be my favorite play this week. Pieters already has a win under his belt this season in Abu Dhabi and has two wins in his past five starts worldwide. He finished T-2 here in 2017.

This is a home game for Molinari, as he is a member at the course and uses it to practice when home in L.A. He finished T-8 here last year, tied for his best finish of the season. The overall results haven’t been pretty, with only four top-10s over the past three seasons, but playing on his home course could get the former major champion going again. He knows the course as well as anyone in the field. Four times my money to get him in the top 20 should be a cash.

What is Alzheimer’s, how common is it – and will new drug Lecanemab help patients in the UK?
Cramer talks about some hot industrial stocks, and how we’re playing Wall Street’s pivot from tech
Giroud and Mbappe both break records as France reach World Cup quarters
Millions flock to mark death of TikTok ‘bones, no bones’ star – Noodle the dog
Hawaii residents told to prepare for evacuation amid Mauna Loa gas and ash warnings