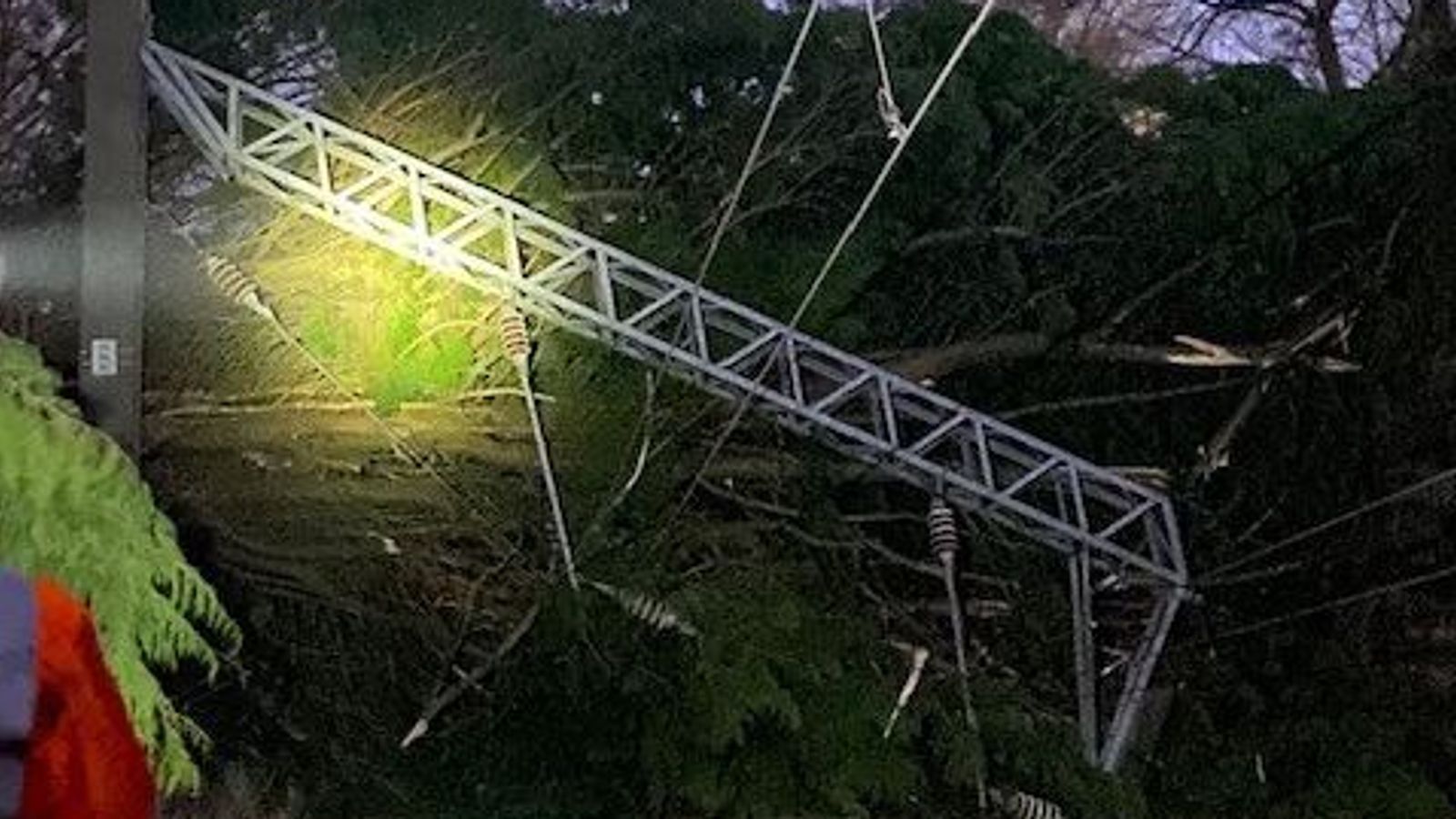 More than 14,000 people suffered power outages and uprooted trees created chaos on roads and train lines as Storm Dudley pummelled the UK and Ireland with winds of more than 80mph.

Northern Powergrid, which maintains electricity networks across northern England, said on Wednesday evening that it had reconnected 10,000 homes within hours, but it could not say when 4,000 more would have power restored.

In a statement, the company said: “We have started to see some disruption and the peak is still ahead of us, so we are remaining on full alert.”

Hundreds more households were left without power across Northern Ireland and Scotland.

In the North East, electricity was not expected to return for some until Friday at the earliest.

Twitter users posted images of fallen trees, with one person describing the “crashing sound” as a tree came down in Buckinghamshire and firefighters in Ireland attending a car trapped in Dublin.

Rain was also heavy in many areas and a video from Edinburgh showed howling winds blowing it sideways.

Northern, TransPennine Express, West Midlands Railway and the Tyne and Wear Metro were among those reporting delays and cancellations.

In Cardiff, a train named after fundraiser Captain Tom Moore hit a trampoline. 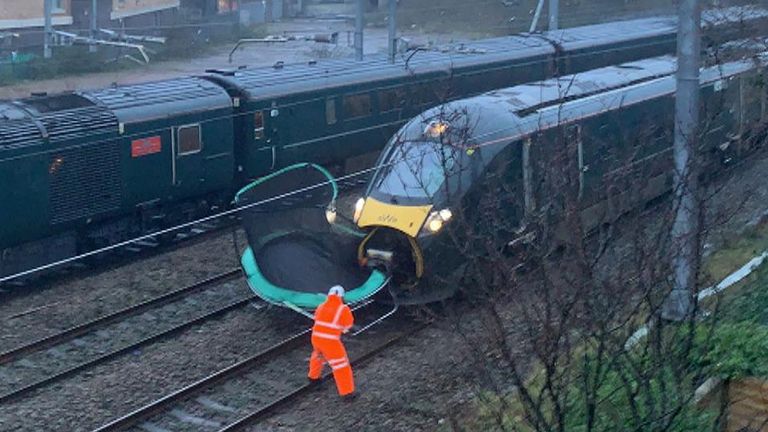 Coastal areas such as Blackpool also saw choppy seas and large waves, with authorities warning people not to take risks to get a dramatic selfie.

Many ScotRail services also ended hours early on Wednesday afternoon, and LNER is advising people to avoid travel between London and the North on Friday as a second storm hits.

After a brief respite on Thursday, people are being warned to prepare for Storm Eunice – which the Met Office says “may cause significant disruption due to extremely strong winds”.

Flooding could also occur in southern England, according to the Environment Agency.

The agency’s Katharine Smith said: “Strong winds could bring coastal flooding to parts of the west, south-west and south coast of England, as well as the tidal River Severn, through the early hours of Friday morning and into the early afternoon.

“This is due to Storm Eunice resulting in high waves and potential storm surge coinciding with the start of a period of spring tides.”

Storm Eunice’s amber wind warning begins at 3am on Friday and lasts until 9pm. A snow warning in northern areas is in force from 3am until 6pm the same day.