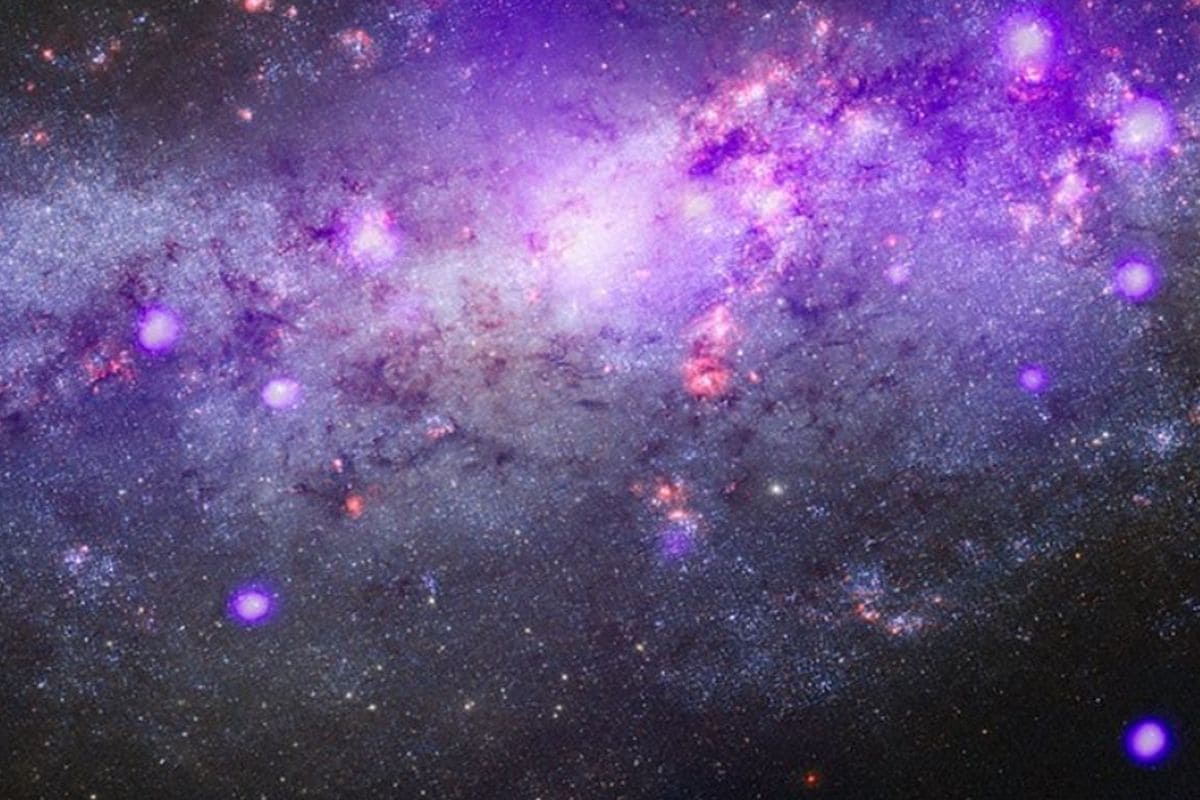 The Universe is full of processes that are as exciting and thrilling as they are enigmatic. Astronomers have long tried to unravel these mysterious processes to better understand the composition of our solar system and the world beyond. To push the boundaries of human understanding, NASA has placed several observatories in space to continuously keep an eye on the happenings in these faraway places. The agency also shares images of these events. It recently shared an image of two galaxies colliding. It is a stunning sight, littered with new stars.

NASA said galactic interactions can trigger waves of star formation. And, the image has several tiny dots lighting up the place in the Universe. The image uses data from two NASA telescopes – Chandra X-ray observatory and the Hubble. The view is created by a collision between a spiral galaxy, named NGC 4490, and a smaller galaxy (which is not seen in the image).

“Scientists believe that these two galaxies have already had their closest encounter and are now going their separate ways,” NASA said.

The data from the Chandra X-ray Observatory is shown in purple. It was combined with an optical image from the Hubble Space Telescope, shown in red, green, and blue.

These observatories work as an outpost for NASA and its allied space agencies, helping scientists study the universe. The Chandra observatory was launched in 1999 and was designed to serve for only five years. Recently, NASA closed its camera due to a power supply issue with the on-board High-Resolution Camera (HRC) instrument. NASA scientists are analysing the problem and preparing an appropriate response to get it back online.

The Hubble, which has been working for three decades, will soon have its successor in the more powerful James Webb Space Telescope (JWST). The agency launched Webb on Christmas last year. It is currently being deployed in space and it will take a few months to get it ready for science, likely by summer this year.

Where in the world is Ash Barty?
‘A lot of the thrill is gone’: Woody Allen hints he could give up filmmaking in rare live interview – with Alec Baldwin
‘The number of victims is impossible to imagine’: Missile strike on Ukrainian shopping centre with 1,000 inside
Amazon limits how many Plan B pills you can buy as demand surges
Two Space Startups Authorised by IN-SPACe, Marks Beginning of Private Space Sector Launches in India