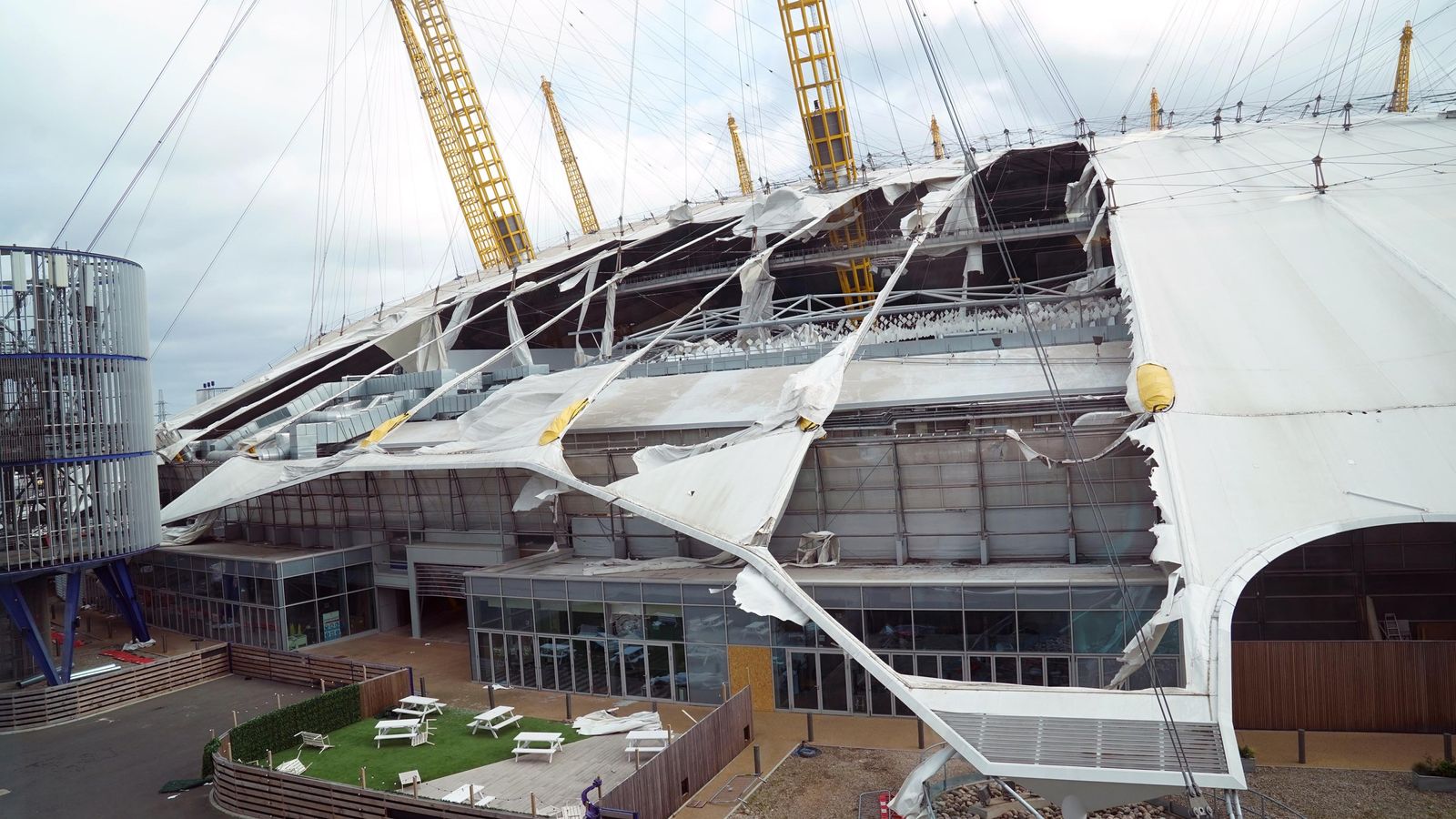 The roof of London’s O2 has been ripped open as the capital is battered by the high winds of Storm Eunice.

Footage shared online shows the outer layers of the dome being pulled away by strong gusts of wind.

“In the last 45 minutes it started off as one small panel in the corner,” said Ben Hubbard, who filmed the video.

“It went right up to the centre and now the second, third and fourth panel are being completely shredded. I am not sure there is anything that can be done, this is serious damage.”

This evening’s performance of Fugees: The Score 25th Anniversary Tour at the O2 Arena has been cancelled as a result.

A spokesperson for the arena said: “Due to today’s adverse weather conditions, we can confirm that there has been some damage caused to the tent fabric in our roof at The O2.

“The affected areas have been cleared and The O2 will remain closed for the rest of the day. The safety of our visitors remains of paramount importance, and we will continue to assess the ongoing situation and act accordingly.”

A wind gust of 122mph has been recorded on the Isle of Wight in what is thought to be a new record for England, the Met Office said.

The squall was reported at The Needles on the Isle of Wight as millions of Britons were urged to stay at home as Storm Eunice hit the UK.

Elsewhere, the weather has resulted in some awkward landing attempts at the UK’s biggest airport.

As the extreme conditions continue, be sure to check the forecast in your area here.

In the latest disruption, Network Rail has confirmed that no more trains will arrive or depart from London Euston on Friday.

A statement said: “All lines are suspended affecting services between Euston and Milton Keynes until further notice.

“The message to passengers is ‘DO NOT TRAVEL’ today as the railway network is being battered by gale-force winds.

“Rapid response teams are clearing fallen trees and debris which are blocking lines in multiple locations on the West Coast main line.”z 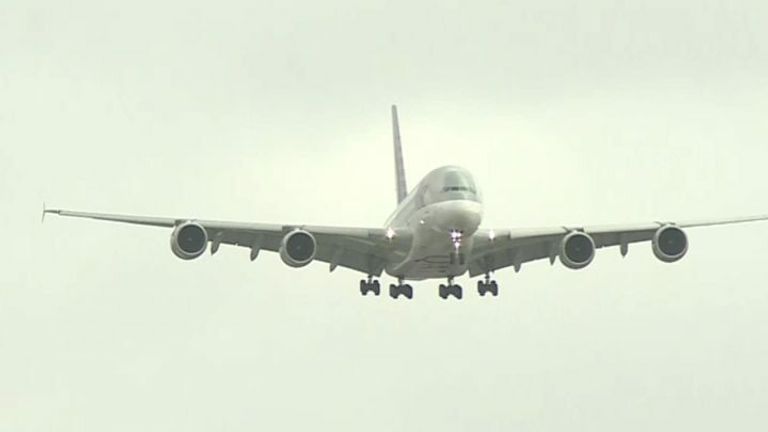 Planes struggle to land at Heathrow

Meanwhile, 456 flights to and from the UK have been cancelled, with the highest proportion of these happening at Heathrow.

Footage has emerged of the moment a plane swayed from side to side before having to abort a landing at Heathrow Airport as strong winds from Storm Eunice hit the UK.

Meanwhile, in Cornwall, people have been spotted swimming in the sea – despite red threat-to-life warnings and near 60mph winds.

The Cornwall Tactical Command Group said the Tamar Bridge, which links Plymouth in Devon to Saltash in Cornwall, was currently closed to high-sided lorries but remains open for other vehicles.