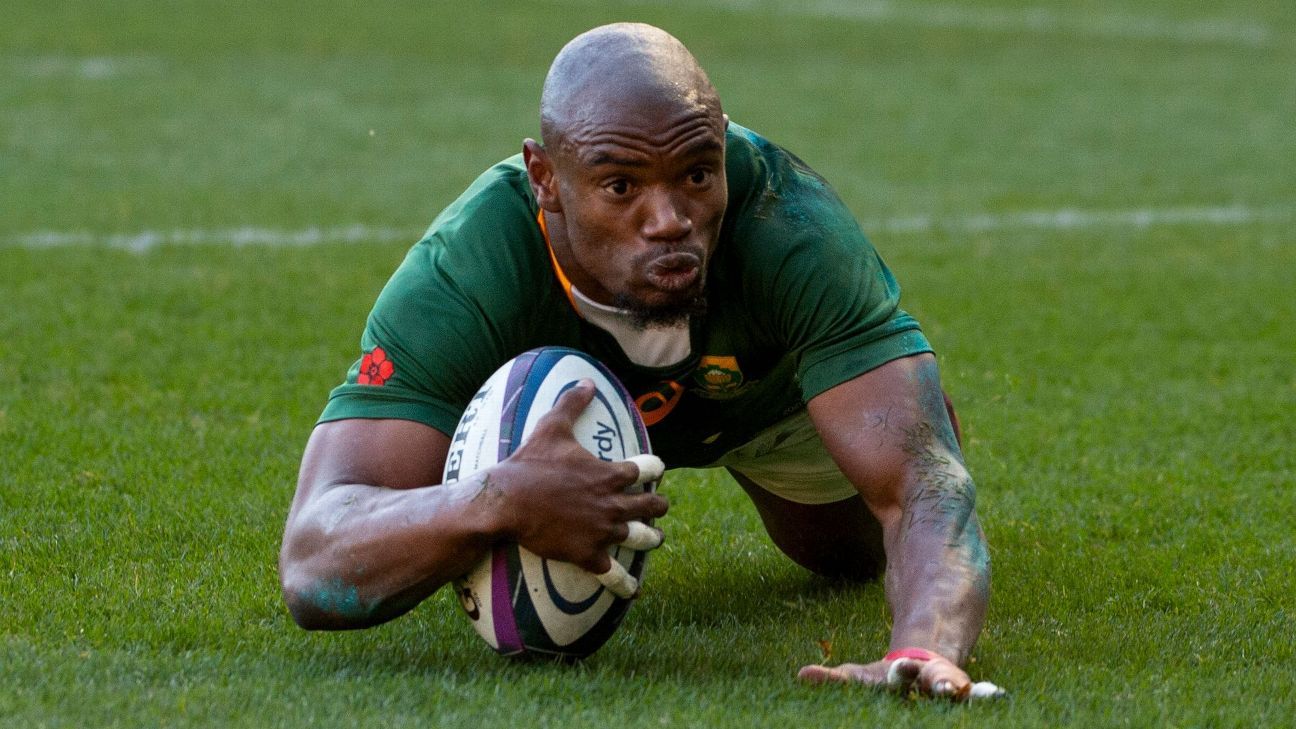 So South Africa want to join the Six Nations.

The concept is hardly a new idea, having done the rounds in media circles for the best part of a decade, but a Daily Mail report this week suggested a move north for the Springboks was a fait accompli.

The Daily Mail report suggested that the likely scenario would see the Springboks replace Italy, rather than the tournament become “Seven Nations” from 2025. The only problem with that timeframe is that SANZAAR had only 24 hours prior, released a statement saying its four member Unions had committed to the Rugby Championship “until the end of 2025 as a minimum.”

There are clearly plenty of tries to be scored before the move does, or doesn’t play out, but the reaction from fans to the latest report this week proves what a seismic shift in the global game it would be.

Here are some of the key talking points behind the biggest story in world rugby.

When CVC bought into the Six Nations, purchasing a 14.5% stake in the tournament for 345 million pounds, there were immediate fears about what direction they might attempt to take rugby’s oldest championship. While the terms of the agreement state the Six Nations Unions would “retain responsibility for all sporting matters as well as majority control of commercial decisions”, a press release from CVC also clearly marked out its territory and that it would “bring to the partnership its significant experience in sports, as well as its global network, working alongside the unions and the Six Nations Rugby management team, to deliver on ambitious growth plans for the Six Nations Championships and Autumn International series.”

Bringing the world’s No. 1 ranked team and current world champion would seemingly fit the bill for “ambitious growth”. It’s worth remembering, too, that CVC also has a 28% stake in the United Rugby Championship, which was launched after South Africa’s Lions, Bulls, Sharks and Stormers franchises all headed north to join what was formerly the Guinness PRO14.

It would therefore clearly make sense for CVC to want to have the Springboks involved in Europe’s premier Test competition, too, so that they could be aligned at both the club and international level. Bringing in the world champion would also further open up the South African market and millions in television rights revenue.

Juxtapose this against the tradition and history of the Six Nations, which has just come off a thrilling first two rounds, and packed stadiums across Paris, Dublin, Cardiff and Edinburgh, and the question could be asked: Why do we need the Springboks at all?

The answer in its simplest form, is likely “because of Italy”.

ITALY HAVEN’T WON IN 34 GAMES: IT’S TIME FOR CHANGE VS. WE CAN’T ABANDON THEM NOW

It hasn’t been easy being an Italian rugby fan when it comes to the Six Nations. While the Azzurri have recorded victories in the November Test series, they have long been the perennial whipping boys of the northern showpiece.

Just last weekend, Italy were beaten 34-0 by England in Rome. A week earlier, it was a 37-10 defeat by France in Paris. In some ways they are improving, in others, specifically the win/loss column, where it really matters, they are not.

Certainly introducing the Springboks would immediately raise the level of competition; Italy have long been the subject of promotion/relegation talk with the Tier 2 European Nations Cup winner, which for 10 of the past 11 tournaments has been won by Georgia. Six Nations organisers have long resisted the promotion/relegation idea, though that could again be on the cards with the revived Nations Championship plan.

And then there is the not so small fact, at least according to the Daily Mail once more, that the vote to introduce the Springboks and dump Italy would have to be unanimously agreed to by all the Six Nations partners – including Italy themselves. In what world would they kick themselves out of such a lucrative competition?

If Italian rugby fans are searching for some hope, perhaps it comes in their Under 20s, who beat England 6-0 last Friday night. We’ve seen France slowly starting to excel on the back of their 20s program, some faces are poking through from a quality Australian age-grade group, and New Zealand’s program has flourished for years. Hopefully, Italy can build on this current 20s group.

WHERE WOULD IT LEAVE THE RUGBY CHAMPIONSHIP?

The SANZAAR relationship, despite this week’s agreement, has been on shaky ground since the start of the pandemic. While rumours of a South African exit had long existed before the arrival of COVID-19, they really ramped up after the southern hemisphere Unions each decided to look inward, rather than operate as a single entity.

First it was New Zealand Rugby’s plot to virtually take over Super Rugby, or at least create a competition with far less travel, a move that completely cast aside South Africa [even though they themselves had long been in discussions with a move to European provincial rugby], but also put Australia offside with the original invitation for just “two or three teams” within its planned tournament.

There have also been squabbles around the hosting of the Rugby Championship; South Africa’s decision to withdraw from it altogether in 2020; and whether expansion should or should not be on the cards.

Make no mistake, losing the Springboks from the Rugby Championship would be a hammer blow for SANZAAR. On the flipside, if the Boks were to join the Six Nations they would be leaving a tournament that has supplied all but one World Cup winner in nine separate editions of the global showpiece. They would also likely give up the opportunity to play the All Blacks on two occasions each year, and potentially at all in others, which both South Africa and New Zealand see as the greatest rivalry in the game.

SANZAAR would have options, however, and one would be to approve the entry of both Fiji and Japan into Rugby Championship, making it a five-nation tournament that would clearly lose some strength, but also open up another valuable television market in Asia.

WHAT ABOUT THE NATIONS CHAMPIONSHIP, THEN?

And herein lies the potential saviour for this entire situation: the revived plan for a 12-team Nations Championship that was first brought to the table, and swiftly rebuffed, in 2019.

While consternation remains about the prospect of promotion/relegation [which would immediately again have Italy in the spotlight], the idea to have Fiji and Japan join the Rugby Championship as it stands, and thus make the two premier Test tournaments outside the World Cup both six-team events, appears to be a winner.

The idea is that those two tournaments would run as they do, but then also count for points for the 12-team league. The championship would then play the cross-hemisphere games in the July and November Test windows, potentially setting the stage for a blockbuster final between the two top-ranked sides on the ladder.

According to the Sydney Morning Herald, the plan has greater support than it did last time around, with the financial realities presented by COVID forcing individual Unions to consider what is said to be a huge injection of capital, again largely borne from television rights.

Getting the Nations Championship up and running might be the best way to satisfy South Africa’s interests and not destroy the legacy of the Six Nations. It has also been suggested that SANZAAR would consider moving the Rugby Championship closer to the start of the southern hemisphere season, which would be a step towards a global calendar in which player welfare remains a key focus.

Oh to be a fly on the wall of the World Rugby meetings next month.