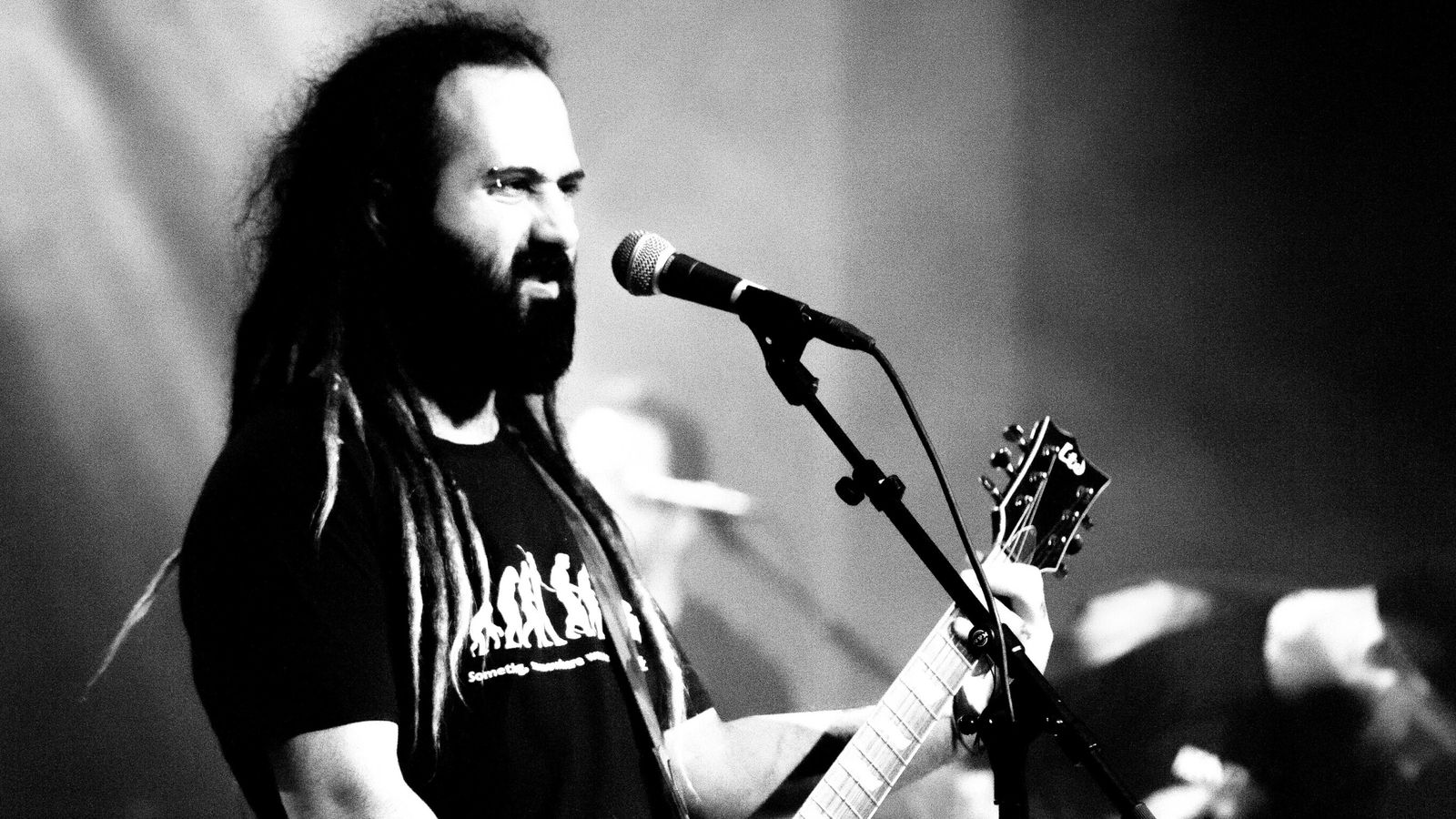 “If go back to Iran, handcuffs are waiting for me,” says Nikan Khosravi, frontman of heavy metal band Confess. “It could be 20 years, it could be execution – I don’t know. Going back to Iran is definitely not an option.”

In November 2015, Khosravi was arrested along with his bandmate Arash Ilkhani, pulled from the safety of his home, he says, by the country’s Revolutionary Guard, blindfolded and taken to the notorious Evin prison.

The pair spent three months in solitary confinement, the start of a horrific ordeal in which they were later sentenced to several years imprisonment and lashes, accused of blasphemy, propaganda and even Satanism; all because of the music they were creating in a country where artists must toe the line, or potentially face the consequences.

After making bail in 2017, Khosravi says the pair managed to flee the country, despite having their passports taken away, escaping at first to Turkey while awaiting sentencing. Now living in Norway, where they were granted asylum, the band are releasing music once again with new members – “a five-piece street protest” who want the world to know their story.

“It is as terrifying as it sounds,” Khosravi tells Sky News of his time in jail, speaking on Zoom from his home near Oslo. “Sometimes when I’m thinking about my own story, it’s like, how did this happen and how did I survive this?”

The arrests came shortly after the release of Confess’s second album, In Pursuit Of Dreams. Khosravi says the band “definitely knew” what they were doing in terms of making music the hardline government would not look upon favourably.

What they perhaps didn’t appreciate, he says, is the extent to which they would be punished for it. “I thought, they’re probably going to take us into custody for a couple of days, just smack me up a little bit,” he says of his arrest. Instead, he was told authorities had been investigating him for more than a year.

“My case was this thick,” he says, gesturing with his hand. “When they came after me, they came with translation of lyrics… they took a picture of me and my girlfriend, they showed me pictures while I was in the street… pictures of stuff that I posted on Instagram or Facebook.”

What was it about the band’s music that the government was so against? “I think music is the best outlet to make people aware of what’s going on,” says Khosravi. “There is a lot of political themes and criticising organised religion, dictatorship.

“As a young Iranian it’s very important for me to talk about this stuff or bring it into my music. At least there is someone to represent a group of people that thinks differently, of which we are so many. The Iranian regime try to show the world that Iran is a country [where] everyone thinks the same. It is totally wrong. And I’m just one of so many people with things to say, but maybe they do not have the voice as much as I do.”

Heavy metal is a dangerous passion in Iran

Confess’s music being heavy metal also played a part. “They don’t love metal music, to them it sounds Satanic, like the way it did to, I guess, British authority when Black Sabbath came in the ’60s.”

Khosravi says they were even accused of Satanism. “I don’t believe in God, I don’t believe in Satan either. They call me atheist and they call me Satanist. It’s just nonsense. They think that because you look this way or your music is that way, or you’re saying some stuff that is questioning the existence of God, they call you Satan. I don’t think that Satanism has anything to do with this type of music anywhere in the world.”

Confess are not the only musicians in Iran to have been imprisoned for their art. In 2021, Sky News spoke to musician and composer Mehdi Rajabian, who served two years in prison for making music the Iranian authorities did not agree with. There are more.

Music and all forms of art are regulated and censored by the Iranian government, while heavy metal in particular is considered to be a harmful Western genre, according to Jasmin Ramsey, deputy director of the New York-based non-profit organisation Centre for Human Rights in Iran. The censorship causes many artists to operate “underground”, unable to sell, promote, or perform their music.

“Musicians can only be ‘free’ in Iran if they operate under the radar of the state,” Ms Ramsey tells Sky News. However, she says the restrictions aren’t stopping creativity. “It’s deeply saddening to see the Iranian government put efforts towards censoring art and crushing freedom of expression when it has so many other pressing problems to focus on.”

Khosravi’s experience has certainly not deterred him. “When you go to jail, living under stress, going to trial, [all the] bad memories in your head and being exiled forcefully to the other side of the world, away from your family, your home – you’re like, if I drop this it all would be in vain.”

With musicians from Norway having joined the band, Confess released their third album, Revenge At All Costs, in January. “This is self-explanatory,” says Khosravi. “We just came for revenge. It’s not music anymore, it’s a weapon, you know? All the songs that are in this album [are] about the time I was in jail.”

While he now feels safe living in Norway, the musician feels anger and resentment at his situation. And following the election of hardline cleric Ebrahim Raisi as president in 2021, he says the situation isn’t going to get better any time soon.

“I’m going to be on the run basically for the rest of my life,” he says. “This anger and frustration and all of that negativity needs to come out somehow.”

Khosravi sees the release of Revenge At All Costs as closing this chapter of his life. While it has been a horrific ordeal, he says he would not change anything.

“Even if I die and come back to this life again, I would do the same thing exactly the way I did,” he says. “Exactly. 100 times. This is who I am. I will live my life the way I want to, and there’s no one that can force me to live it any other way.”

‘Coming very soon!’: Jeremy Renner shares image of new show which will be out ‘as soon as I’m back on my feet’
Analysis: Does the UK spend enough of GDP on defence?
Base interest rates up to 4% but Bank of England’s language on economy shifts
‘Significant’ accident at electricity station in Ukraine
BMW in talks with UK government over £75m grant for electric Mini