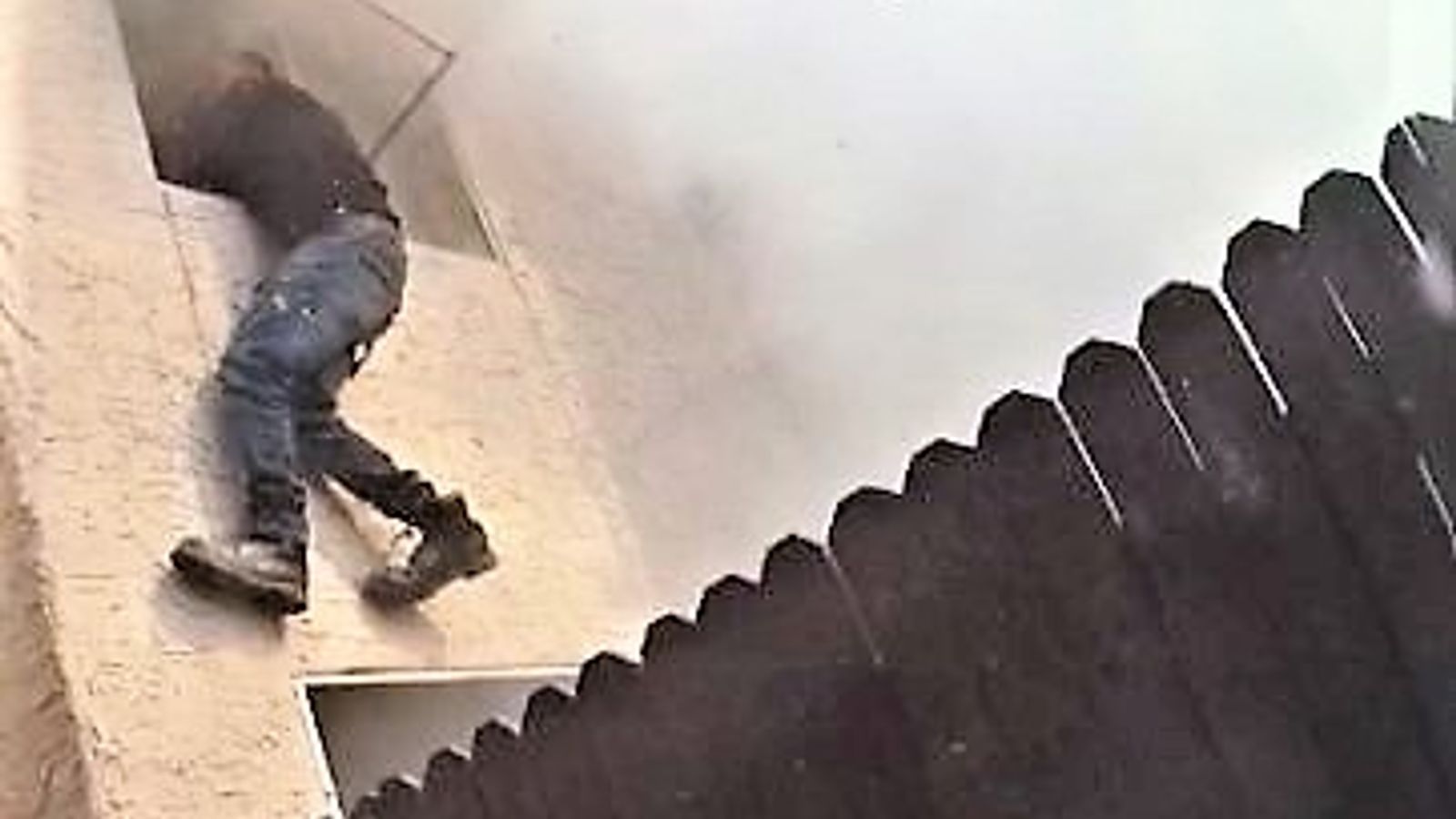 A good Samaritan who heard screams from a burning building, jumped through a window and rescued two children.

Police in Arizona said the anonymous passer-by quite simply “put his life on the line for these children”.

Firefighters and police were called after smoke was spotted coming from the apartment building in the town of Mesa, east of state capital Phoenix.

A two-year-old and a six-year-old were trapped inside.

A police officer threw rocks through an upstairs window while the man climbed up, pulled out the window’s frame and scooped up the terrified children inside.

A spokesman for Mesa police told Sky News: “If wasn’t for the citizen who assisted, the outcome of this incident may have been very different.

“He saw the fire from a distance, jumped a wall to the apartment complex, and ran towards the fire to help.”

He said officers agreed the man “went above and beyond… and put his life on the line for these children.”

The man did not want to be identified but said he “only wanted to help rescue the kids if he could”.

The children, and four officers, were taken to hospital and treated for smoke inhalation.

‘I loved her’: Cheers co-stars pay tribute to ‘unique and wonderful’ Kirstie Alley
This guy built a six-seater electric bike for $150, and it absolutely rips
‘May the Force be with you’: PM ‘sad’ as Javid to step down at next general election
Ret. Lt. Gen. predicts more wins on battlefield for Ukraine
Iranian government says widespread protests are a ‘political plot’ by Kurdish separatists