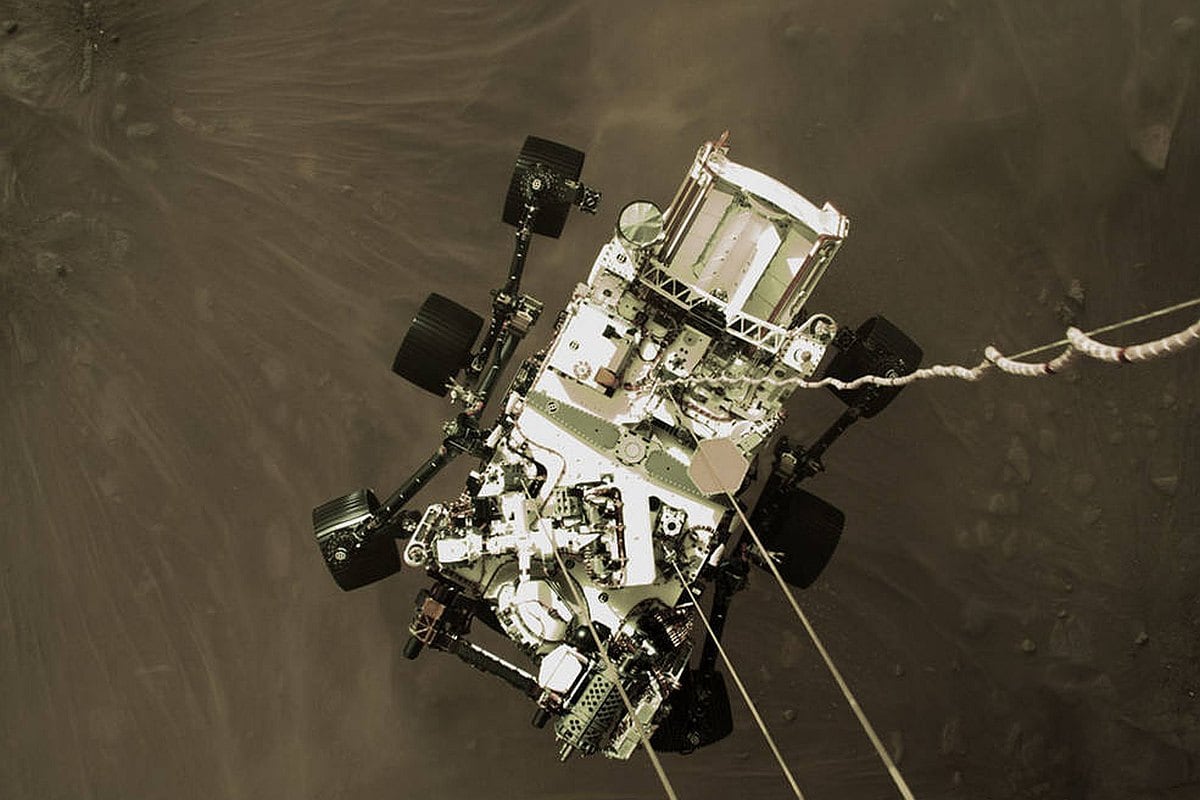 NASA’s Mars rover Perseverance is celebrating the completion of its one-year stay on the Red Planet by learning to run on its rocky surface. The roughly 1,025-kg machine has accomplished several milestones, including new distance records, since its touch down on the rocky surface a year ago on February 18, 2021. And now, it is trying to gain confidence and speed to take on challenging tasks, which include collecting more rock samples in the coming weeks as it runs towards its new science campaign at a new destination away from Jezero Crater, which contained a lake billions of years ago.

Over the past year, Perseverance has collected six rock samples so far, served as a base station for the Ingenuity helicopter, and tested the first prototype oxygen generator MOXIE on Mars, NASA said. The six-wheeled machine is collecting rock samples to send them back to Earth during a future crewed mission to the Red Planet. Scientists would then be able to study the samples, primarily looking for signs of ancient life on Mars.

These rock samples will offer insights into the formation of Jezero Crater, said Thomas Zurbuchen, Associate Administrator of NASA’s Science Mission Directorate in Washington, in a statement. “Each one is carefully considered for its scientific value.”

Perseverance recently set the record for covering the greatest distance (245.76 metre) in a single Martian day, or sol, by any rover on the planet. This milestone was accomplished thanks to its self-driving function.

But the robot’s stay on the Red Planet has not been without its share of challenges. While transferring rock samples to its storage, Perseverance had choked its systems in December. However, NASA engineers were able to remove the impediment from its belly and get the rover back to normal functioning.

Perseverance will now collect two more samples in the coming weeks from the “Ch’ał” rock type (named with the Navajo term for “frog”). If samples of these rocks are returned to Earth, scientists think they could estimate the age of Jezero and the lake that once resided there.

‘Blood will be on hands’ of Congress if bill limiting police officer immunity not passed, Tyre Nichols’ mum says
From pranks to bonding among the NFL’s elite, Pro Bowl Games are about making memories
Watch Tesla Cybertruck’s impressive 4-wheel steering at work
NHS walkouts ‘badge of shame for government’, says Starmer
Liz Truss rules out future PM bid but ‘doesn’t regret’ her short time in No 10