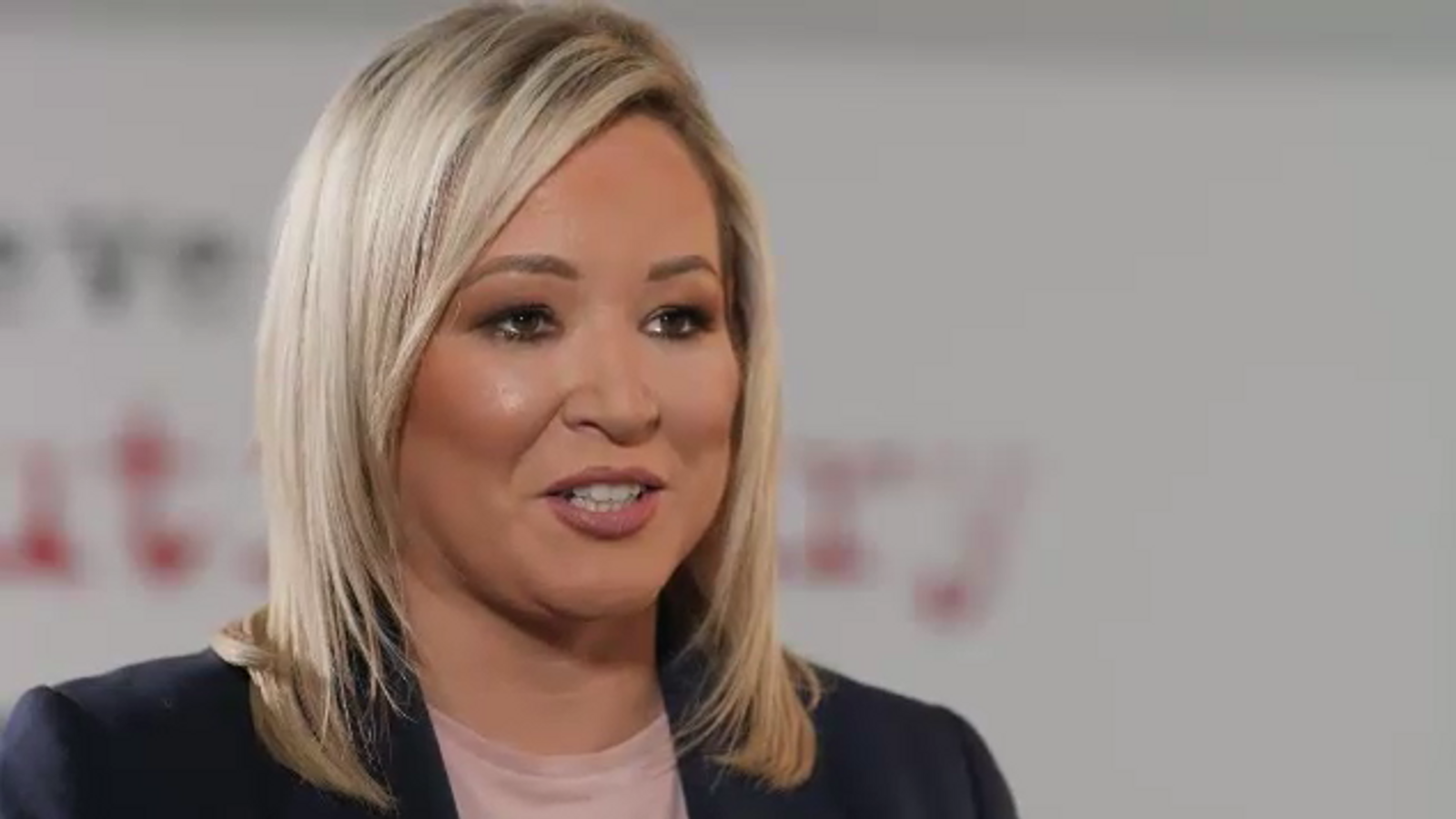 Sinn Fein deputy leader Michelle O’Neill is urging the Irish government to prepare for a united Ireland as a result of Brexit.

She says the Tories and DUP need to recognise that the controversial Irish Sea border is the consequence of their own decisions.

Ms O’Neill, who could be the next first minister of Northern Ireland, believes the UK’s exit from the EU will lead to a referendum on reunification.

She said: “Well I certainly think we’re closer than we’ve ever been previously and I think now is the time to plan and that’s why we’re saying to the Irish government, now is the time for them to make the preparation.

“Let’s not fall into the traps that have been fallen into in terms of Brexit. Make the preparation, let’s start to have a healthy conversation about things that matter every day to people.

“If that last couple of years of Brexit has taught us anything, it’s that the Tories will never prioritise the interests of people here, whether you be Unionist, Nationalist, or other,” she added.

Is Northern Ireland ready for a Sinn Fein first minister?

“We’re a society that comes from conflict and we have had a very difficult past. We also have to recognise that we’ve all had a very different experience of the past.

“But we also have to deal with the past so this British government, who are intent on trying to cover over what they did here, isn’t a good situation because how do we build a better future if we don’t properly deal with the past?”

Ms O’Neill said Brexit had illustrated that the British government would never prioritise the interests of people in Northern Ireland.

“This Tory government, Boris Johnson has shown at every turn that they could not care less for the people that live here,” she added.

You can watch the full interview with Michelle O’Neill on Trevor Phillips on Sunday.