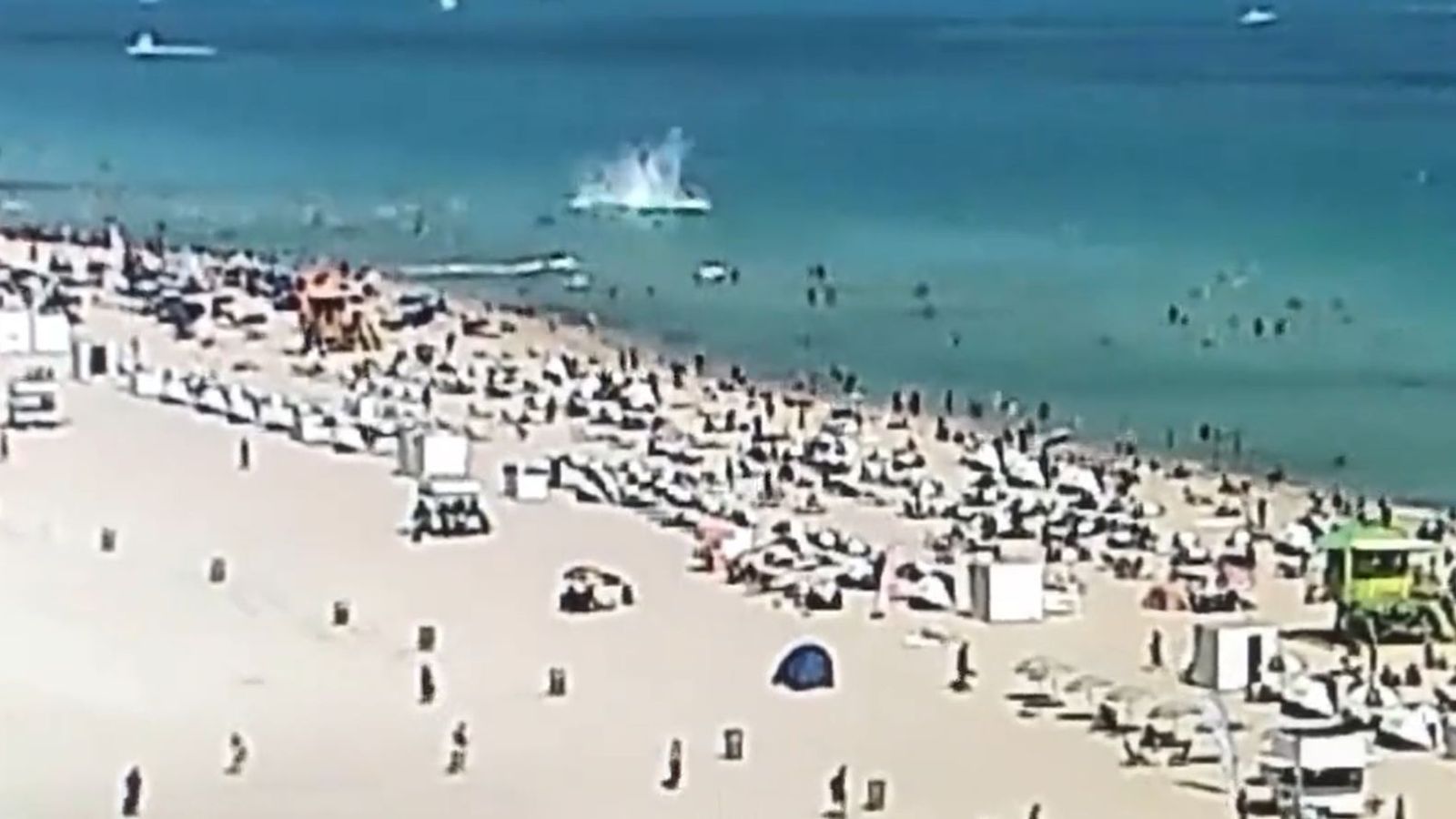 A helicopter has crashed into the ocean waters off Miami Beach just feet away from crowds of swimmers.

Police said two people in the aircraft were taken to hospital and are in a stable condition.

This afternoon at 1:10 p.m., MBPD received a call of a helicopter crash in the ocean near 10 Street. Police and @MiamiBeachFire responded to the scene along with several partner agencies. Two occupants have been transported to Jackson Memorial Hospital in stable condition.

A video tweeted by the force showed the aircraft plunging into the water close to a busy area of beachgoers.

Police said they received a call about the crash near 10th street at 1.10pm local time (6pm UK time) on Saturday.

Police closed off the beach, in an area full of outdoor cafes, restaurants and shops.

The police department said the Federal Aviation Administration was responding to the scene.