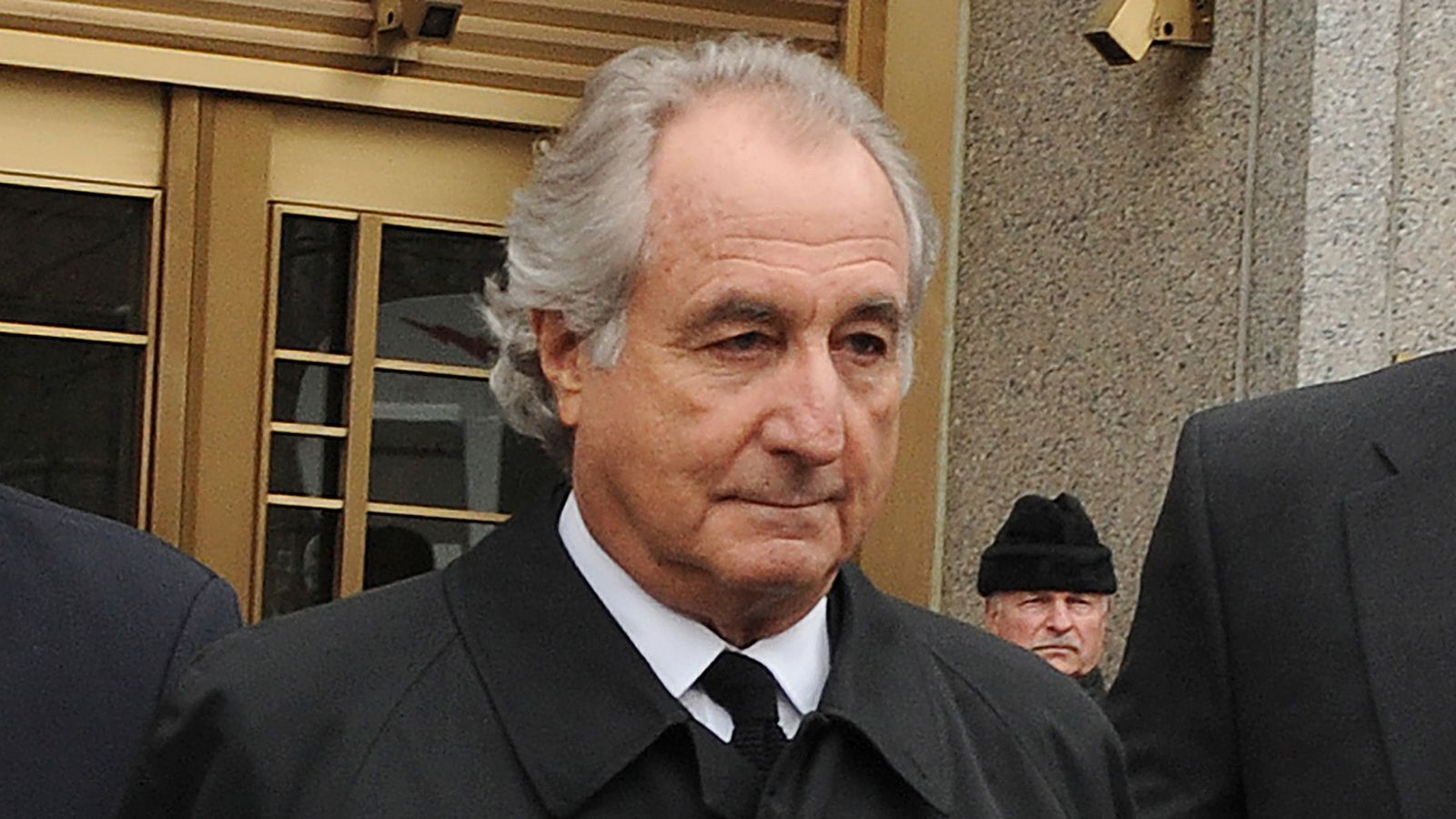 The sister of Bernie Madoff – who was behind the largest-known Ponzi scheme in history – has died with her husband in what is thought to have been a murder-suicide.

Sondra Wiener, 87, and her husband Marvin, 90, were found dead last Thursday in Boynton Beach, Florida, according to the Palm Beach Sheriff’s Office.

They were found with gunshot wounds but a medical examiner will determine how they died, the sheriff’s office said.

Tens of thousands of victims

According to a New York Post report in 2009, the Wieners were also among the victims and were financially ruined.

Estimated to be as high as $64.8bn (£47bn), the scheme collapsed during the 2008 financial crisis after investors tried to withdraw billions of dollars of funds and he could not find the money to cover their requests.

The following year he pleaded guilty to 11 charges regarding the Ponzi scheme, which paid investors with money from new clients, rather than profits.

It was never clear why the financier, who at one stage was chairman of the Nasdaq, created the scheme.

In an interview for podcast Ponzi Supernova, he admitted he had more than enough money to fund his lifestyle without defrauding others.

Madoff’s wife Ruth, 80, was never charged over the Ponzi scheme.

Anyone feeling emotionally distressed or suicidal can call Samaritans for help on 116 123 or email jo@samaritans.org in the UK. In the US, call the Samaritans branch in your area or 1 (800) 273-TALK.