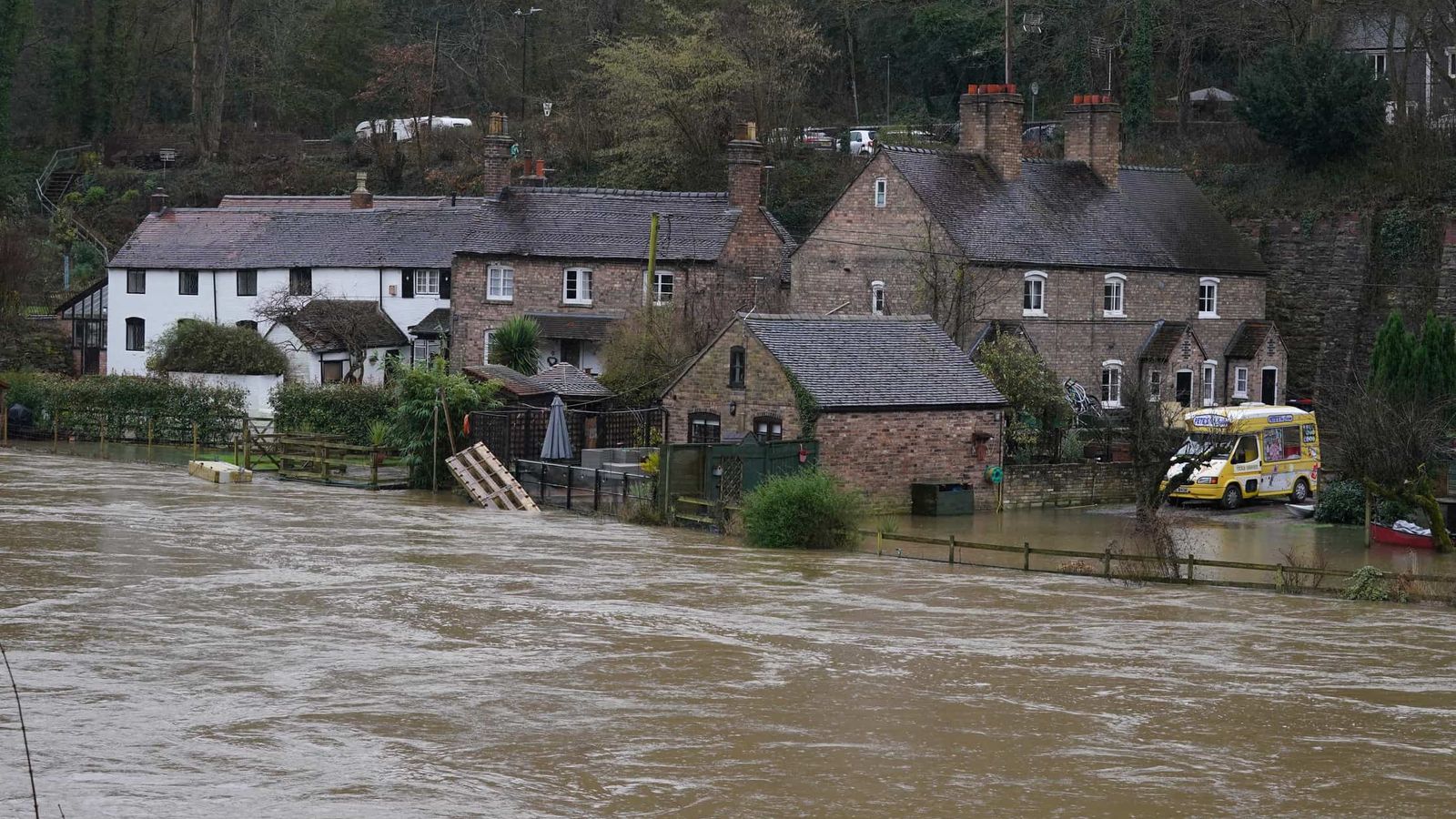 A number of people have been rescued from stranded cars, at least one river has burst its banks and train operators are continuing to advise commuters not to travel as Storm Franklin causes havoc across the UK.

Firefighters in North Yorkshire saved a number of drivers stuck in their vehicles on the A61 at Harewood Bridge after flash flooding across the region left roads impassable.

In Sprotbrough, South Yorkshire, the River Don burst its banks on Sunday evening – with police saying that many of the area’s footpaths were under water.

The River Severn also caused concern, threatening to burst its banks with water creeping towards homes in Shropshire, where flood barriers were erected.

Residents living close to the River Mersey in Didsbury, Greater Manchester, were told to take immediate action and prepare their properties for flooding.

Many had been told to leave their homes but the leader Manchester City Council has since announced evacuation operations have been stood down.

Also in the North West, the M60 in Greater Manchester was closed between junctions 10 and 11 after a lorry overturned and landed on the central reservation.

The M6 was subject to delays as well after the stretch between junction 27 and 28 in Lancashire was closed after high winds caused a lorry to hit a bridge and burst into flames.

Police said the driver managed to escape the cab with help of the other drivers and has been taken to hospital.

Thousands of properties without power

Meanwhile, some 12,100 properties across England are still without power, according to UK Power Networks. 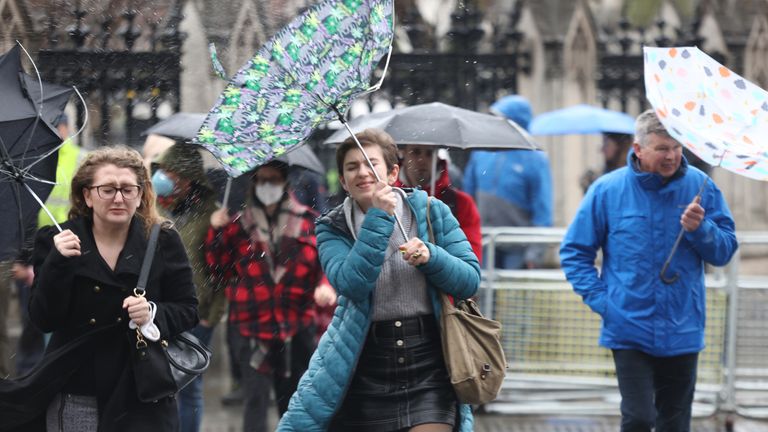 Storm Franklin is the UK’s third storm in a week

A yellow wind warning, that covers England, Wales, and southwestern Scotland, is in place until 1pm, while an amber warning for Northern Ireland expired at 7am.

Speaking to Kay Burley, he said: “We have never had three in a week, last Monday we named two in the same day – we have never done that before either.”

He added that getting three storms back-to-back is “likely to increase problems” but he said the weather should start “calming down after today”.

A number of train operators, including South Western Railway and Southeastern Railway, warned passengers not to travel on Monday.

Others announced cancellations to early services, speed restrictions, and said that alternative transport could not be provided for passengers if routes were forced to close due to the weather.

Rotherham Central rail station in South Yorkshire was flooded so badly that its operators said it would be closed until at least Tuesday.

Across the North West, all Northern rail services have been cancelled due to the severe weather and numerous incidents.

The train operator told people not to head to stations as there are no alternatives.

In London, the overground was suspended between Stratford and Richmond, Stratford and Clapham Junction, Romford and Upminster, and Sydenham and West Croydon due to damage caused by the severe weather.

In the South East, the A282 southbound along the Dartford Crossing has been closed after winds of up to 70mph were recorded.

How US shot down China’s ‘spy balloon’ with a single missile – and what was likely on it
Biden’s beach house searched by US Justice Department
Police vow to bring missing Nicola Bulley home and urge search teams to scour river bank for clothes
Trying to make sense of Chelsea’s transfer spree: big gambles, but big rewards too?
Cost of Living: More firms going under than in 2008