The average price tag for a home has shot up by almost £8,000 in the space of a month as the easing in the COVID crisis sparks renewed interest in city living, according to a report.

The Rightmove website said its measure of asking prices stood at a record level of £348,804 following the jump of £7,785 this month.

It said that February’s figure marked the biggest month-on-month leap in its 20 years’ reporting of asking prices, with renewed interest in London properties helping to drive the performance.

The capital – along with other major cities – saw stampedes for the exit as buyers hunted homes with more space following the end of the first coronavirus lockdown in the summer of 2020.

Demand for flats fell flat as properties with gardens shot up in price, with the activity aided by government support for the COVID-hit market.

But Rightmove said on Monday that a gradual return to workplaces meant that interest in city living had returned.

It said that so-called “second steppers” – buyers looking to move on on from their first homes – were driving the price tag hike despite households being squeezed by surging living costs, including energy, food and fuel bills.

The property website’s director of data, Tim Bannister, said: “We now have a group of movers who are looking to return closer to major cities, or at least within comfortable commuting distance of their workplaces.

“High demand and a shortage of available stock are supporting a rise in prices and a new record average asking price this month.

“The rising cost of living is undoubtedly affecting many people’s finances, especially those trying to save up enough for a deposit to get on the ladder or to trade up.

“However, despite rising costs and rising interest rates, the data right now shows demand rising across the whole of Great Britain, with many people determined to move as we head into the spring home-moving season.”

The findings chime with those of other closely-watched reports on the housing market which have shown little sign yet of an impact from rising interest rates to help curb inflation – currently at a near-30-year high. 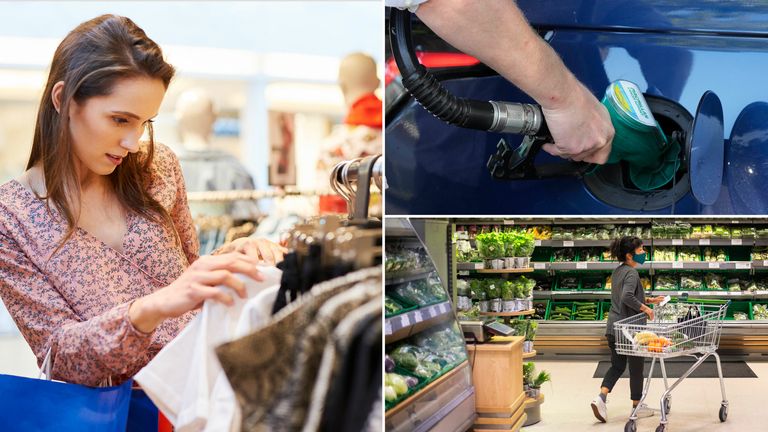 Inflation rises to near 30-year high

Higher rates are pushing up fixed-rate mortgage deals while those on tracker or variable rate deals are already feeling the impact.

Mr Bannister added: “A fear of missing out on one’s dream home is really driving market behaviour at the moment, as movers look to do all that they can to avoid the disappointment of being too slow to secure their ideal property.

“We’re seeing buyers sending more inquiries for available homes than usual, and doing everything that they can to put themselves at the top of the list.”

Decision to develop a ‘Britcoin’ digital pound to be made by 2025
NHS Crisis: 27 hours for a bed
Dominic Raab should be suspended over bullying claims, says ex-Tory chair
‘Greenwashing’ is a good thing, according to one renewable energy tycoon
‘Significant’ accident at electricity station in Ukraine