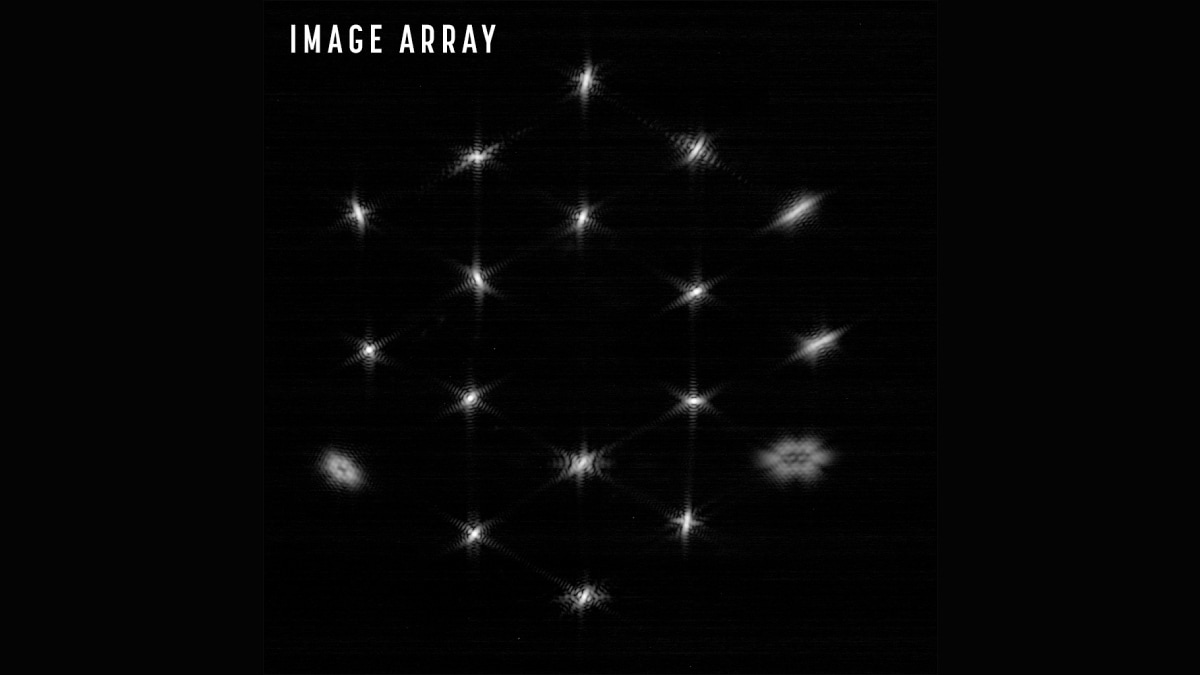 The first phase of the James Webb Space Telescope’s months-long process of aligning the observatory’s 18-segmented primary mirror is nearing completion. The initial stage of this technique, known as “Segment Image Identification”, has been completed by engineers. The James Webb Space Telescope, with its 18 primary mirror segments, has now recorded 18 unfocussed images of the same star in the form of a planned hexagonal formation. This will help to focus the visuals even further. James Webb’s 18 primary mirror segments captured the same star as dots, which will be aligned into a single, sharp focussed image in the end.

As of now, the result depicts a star that is exactly replicated in a hexagonal pattern, resembling a celestial snowflake. A tweet from the official Twitter handle of NASA Webb Telescope confirmed about the development. “Last week, 18 spots helped confirm that each of Webb’s mirror segments can see starlight,” read the tweet, and also had an image of the hexagonal arrangement.

A NASA update published on February 18 stated that the team had, now, moved on to the second phase of the alignment — Segment Alignment. In this stage, the team will fix positioning errors of the mirror segments and update the secondary mirror’s alignment, making each individual dot of starlight more focussed. After this, the team will move on to the third phase — Image Stacking — which will stack the 18 spots of light on top of one another.

“We steer the segment dots into this array so that they have the same relative locations as the physical mirrors,” said Matthew Lallo, systems scientist and Telescopes Branch manager at the Space Telescope Science Institute.

Though the images taken by the James Webb Space Telescope aren’t particularly striking right now, but the most powerful observatory ever to launch to space is expected to be ready for scientific observations soon using its high-resolution equipment, and unearth the mysteries of the universe and its evolution.

On December 25, the observatory was launched from French Guiana. Its science objective includes peering back in time by 13.5 billion years to view the first stars and galaxies forming out of the early universe’s darkness.

Ask the Union Leaders: Should rail workers get a pay rise if services aren’t improving?
Group try to steal Banksy mural from wall in battle-scarred Ukrainian town
Watch Tesla Semi do something Bill Gates said wasn’t possible
Braverman pledges to do ‘whatever it takes’ to tackle migrant crossings
Tesla Semi looks incredible as an electric motorhome