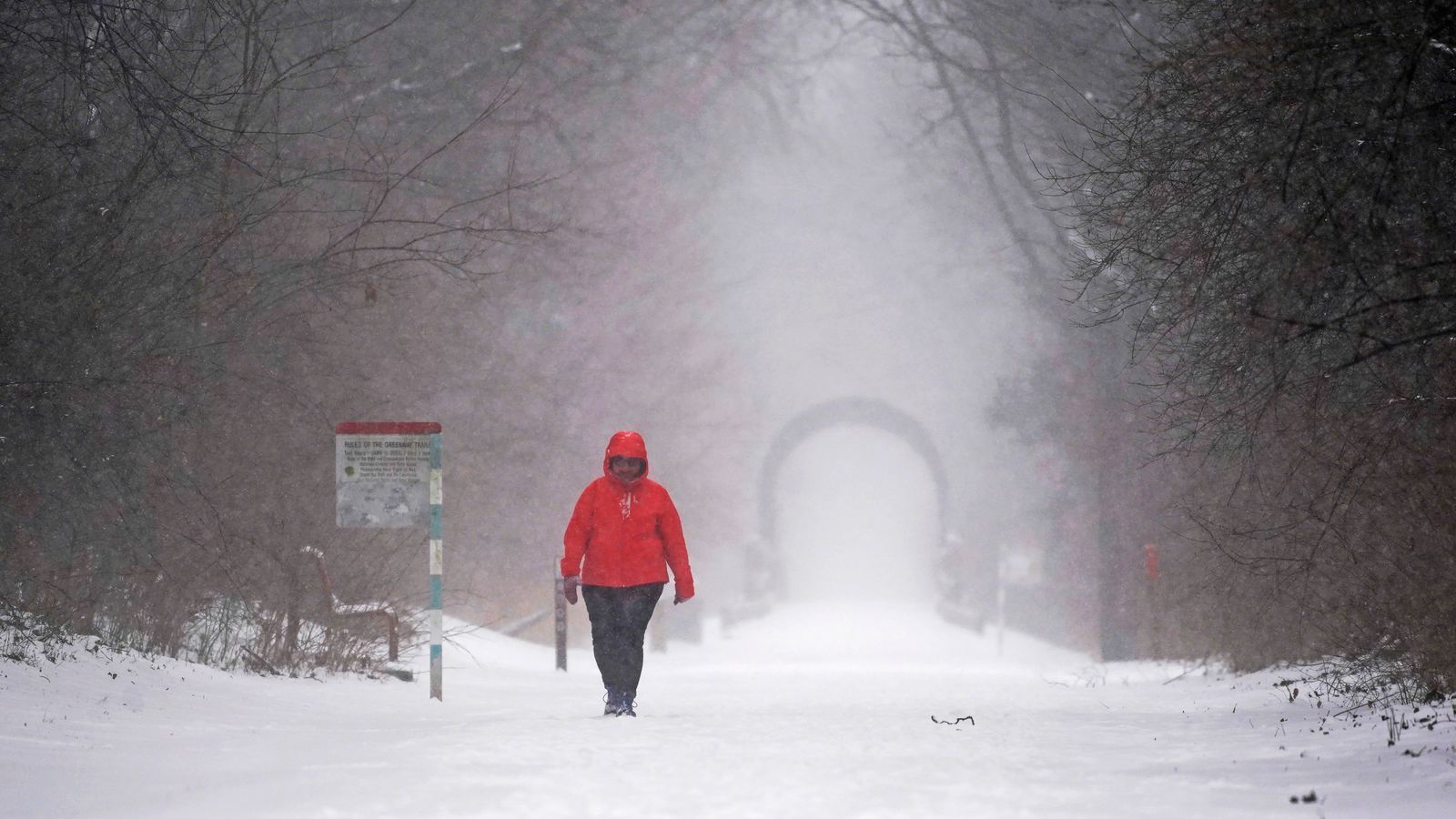 A “major winter storm” is set to unfold across some northern tier states in the US in the next 24 hours – with temperatures in some places dropping up to 30 degrees below average, forecasters have warned.

There is a risk of excessive rainfall and severe thunderstorms from the southern plains to Tennessee and the Ohio Valley from Monday into Wednesday, the National Weather Service said.

Some cities will see a sharp polar plunge in the next 48 hours.

A major winter storm will unfold over the Plains this evening and continue to evolve over the next 24 hours. This will move into the western Great Lakes region on Monday. Please see our Key Messages for more information. pic.twitter.com/kgtFOrwY6c

It tweeted last night: “A major winter storm will unfold over the Plains this evening and continue to evolve over the next 24 hours. This will move into the western Great Lakes region on Monday.”

It said “a mixture of snow, sleet and freezing rain may come in two waves to parts of the region”, adding that there could be up to an inch of snowfall an hour at times, or higher, with winds causing “blizzard conditions”.

“Temperatures will be 20 to 30 degrees below average over the Northern Tier States,” said the NWS.

It comes just days after Illinois was battered by a brutal snowstorm that caused a 100-vehicle pile-up on the interstate.

“Wear layers, [and] carry [a] winter survival kit if travelling.”

The weather service in Twin Cities, Minnesota, tweeted: “A long period of snow and gusty northeast winds will begin late Sun night and continue thru Tue. Snow may be heavy at times with significant accumulations across parts of the Upper Midwest.”

There will be two waves of snow with this next winter storm:

❄Monday: heaviest snow will fall across central MN with lighter totals to the south and a wintry mix possible in south central MN

In contrast, temperatures will be up to 20 degrees above average over the central and southern high plains – bringing with them an increased fire risk.

“With the warm temperatures, dry fuels, and gusty wind over the Southern High Plains, the SPC (Storm Prediction Center) has issued a Critical Risk of fire weather over the region on Monday that will reduce to an Elevated Risk on Tuesday,” the NWS added.

At the beginning of February, flights were cancelled and homes left without power after yet another major storm brought with it heavy snowfall and a deadly tornado.