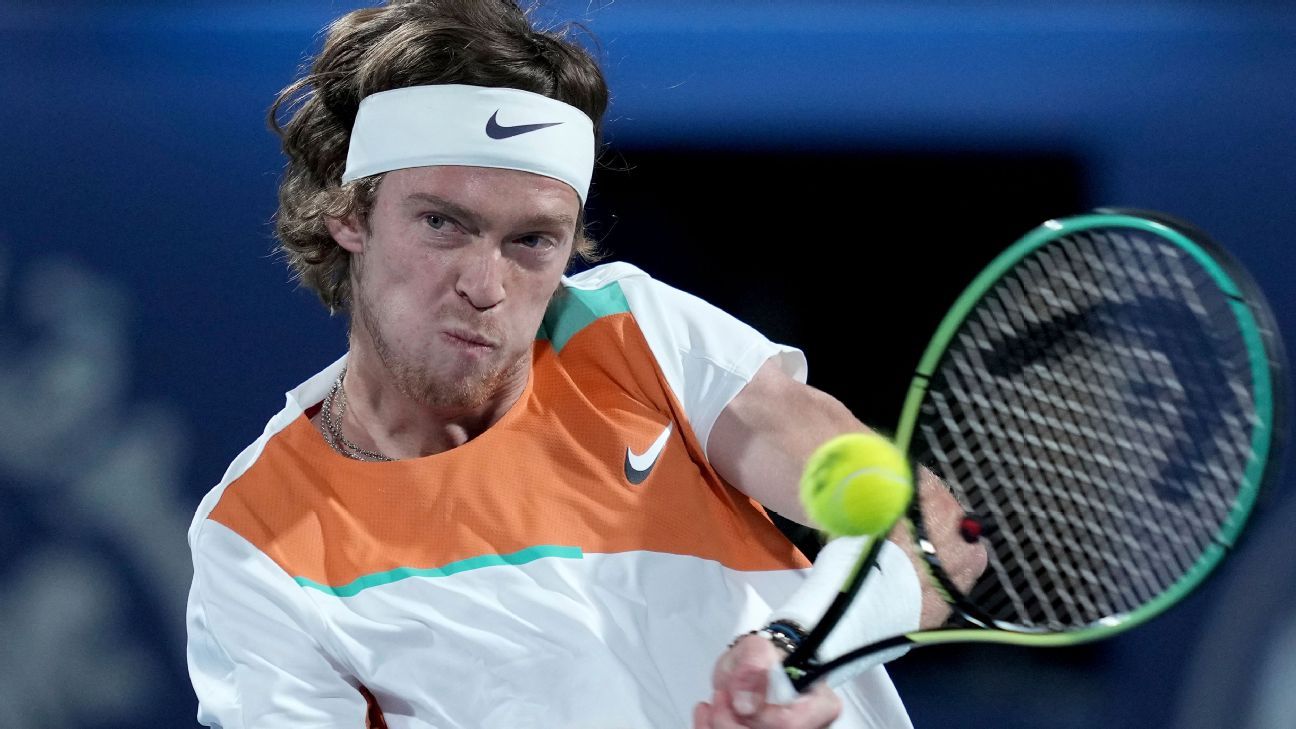 The Russian, who defeated Felix Auger-Aliassime in the final at the Open 13 tennis tournament in Marseille, France, on Sunday, next faces Soonwoo Kwan after the South Korean beat Ilya Ivashka 6-3, 6-2.

“I arrived at the hotel maybe at 2 a.m. today,” Rublev said in his on-court interview Tuesday. “I slept maybe six or seven hours. I was thinking that probably no chance for me to win, and here I am, I won my first round so I’m really happy. I cannot imagine a better start.”

Karen Khachanov will face top-seeded Novak Djokovic in the second round after the Russian beat Alex de Minaur 6-3, 6-7 (1), 7-5.

On Monday, Djokovic won his first match of the year when he beat Lorenzo Musetti 6-3, 6-3. The top-ranked Serb couldn’t defend his Australian Open title last month because he was deported from the country for being unvaccinated, but seemed at ease on the court after walking out to a raucous standing ovation.