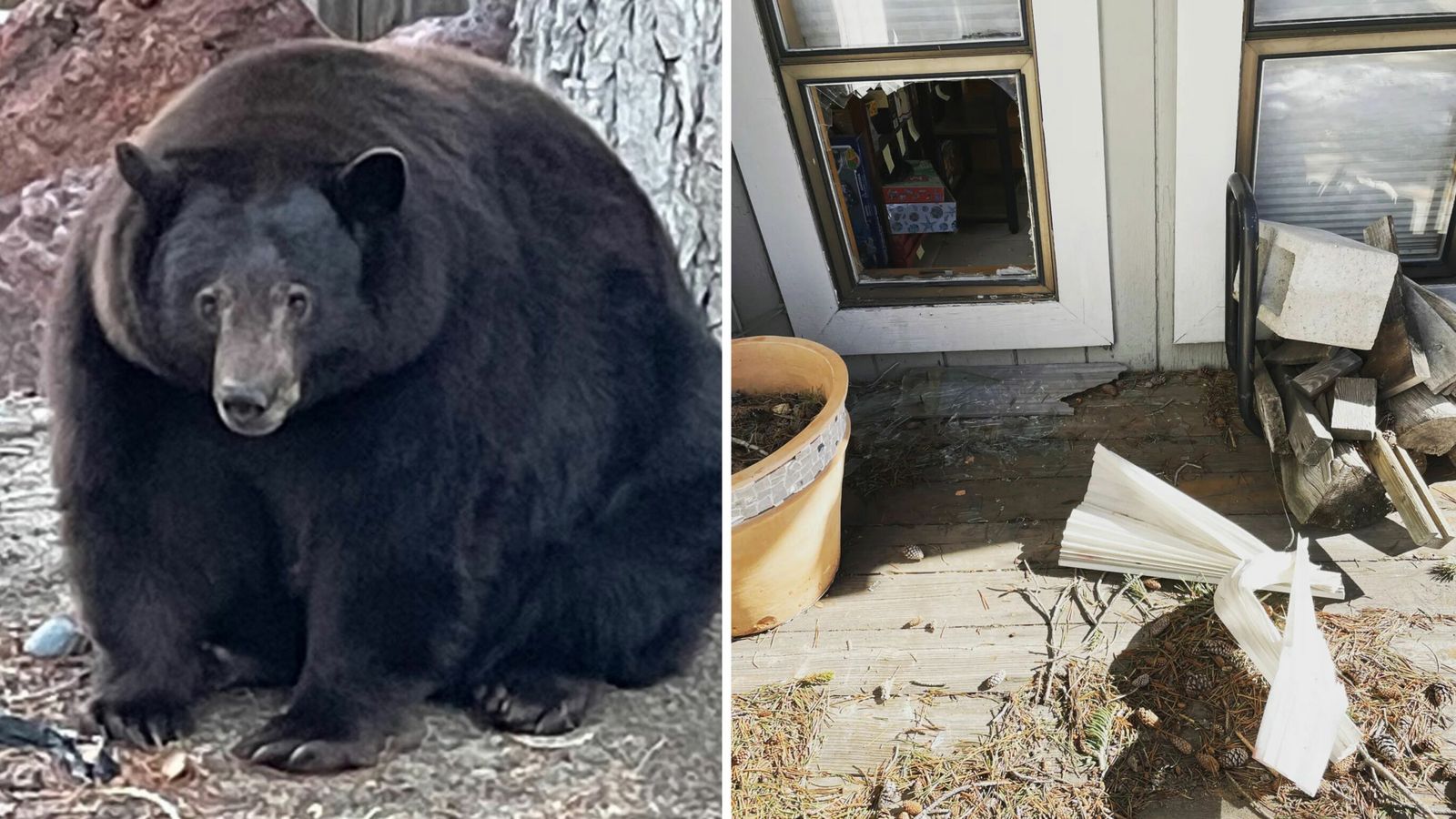 A black bear known to residents as “Hank the tank” has become the subject of a state-wide search, after breaking into more than 30 homes in California.

More than 150 incident reports across Northern California and Nevada have been logged by police over a seven-month period, with residents also reporting damage to their properties as a result of the break-ins.

The latest was at a house in Tahoe Keys in South Lake Tahoe on Friday, according to CBS Sacramento, during which the bear smashed a window and squeezed into the property while those who lived there were at home.

Police responded and banged on the outside of the house until Hank left through the back door and disappeared into nearby woods.

Also known as “Jake” or “Yogi” or simply “Big Guy”, officials have described Hank as a bear that has “lost all fear of people” and thinks of them as a food source.

A homeowners association agreed during a meeting last week to allow state wildlife personnel to capture the bear.

“Killing the bear is hopefully a last resort,” said Joby Cefalu, a board member.

“Nobody on our board took lightly the situation of depredation,” he told the Los Angeles Times. “We’re meant to coexist. Unfortunately, this is a human problem.”

Community members in South Lake Tahoe have shared concerns about the bear’s welfare, as officials seek to capture him.

Measures such as sirens and Tasers have been used to try and lure Hank, but these have all so far failed.

With Hank showing no signs of stopping his break-in spree, the California Department of Fish and Wildlife has suggested he may be running out of options.

“This bear is extremely food-habituated and has used its immense size and strength to break in and through front doors and garage doors,” it told NBC News.

“While the Lake Tahoe area has a healthy and dense bear population, euthanising an animal is always our last option.

“CDFW is currently evaluating the possibility of placement of this bear when captured.”

Experts have said the impact of devastating Californian wildfires in 2021 has resulted in black bears being forced into more urban areas in search for food, and could explain Hank’s behaviour.

Non-profit organisation Bear League has shown its support for Hank, saying many wildlife sanctuaries are ready to receive him, and that no traps are currently set for him.

“He’s only doing what he’s been taught to do”, its executive director Ann Bryant said.

“What’s problematic about this bear is how large it is,” Peter Tira, a spokesman for the CDFW told SF Gate on Sunday.

“It’s learned to use that size and strength to break into a number of occupied residences, bursting through the garage door or front door. It’s pretty frightening.”

Charging patients who can afford it – or free for all? The future of the NHS is under debate
Foreign secretary evades questions on latest Boris Johnson ‘sleaze’ allegations
2024 Polestar 2 debuts with first-ever RWD option, new motors, added range, and more
Bubbles freeze in -50C temperatures
Nadhim Zahawi says tax error was found to be ‘careless and not deliberate’ after calls for his sacking