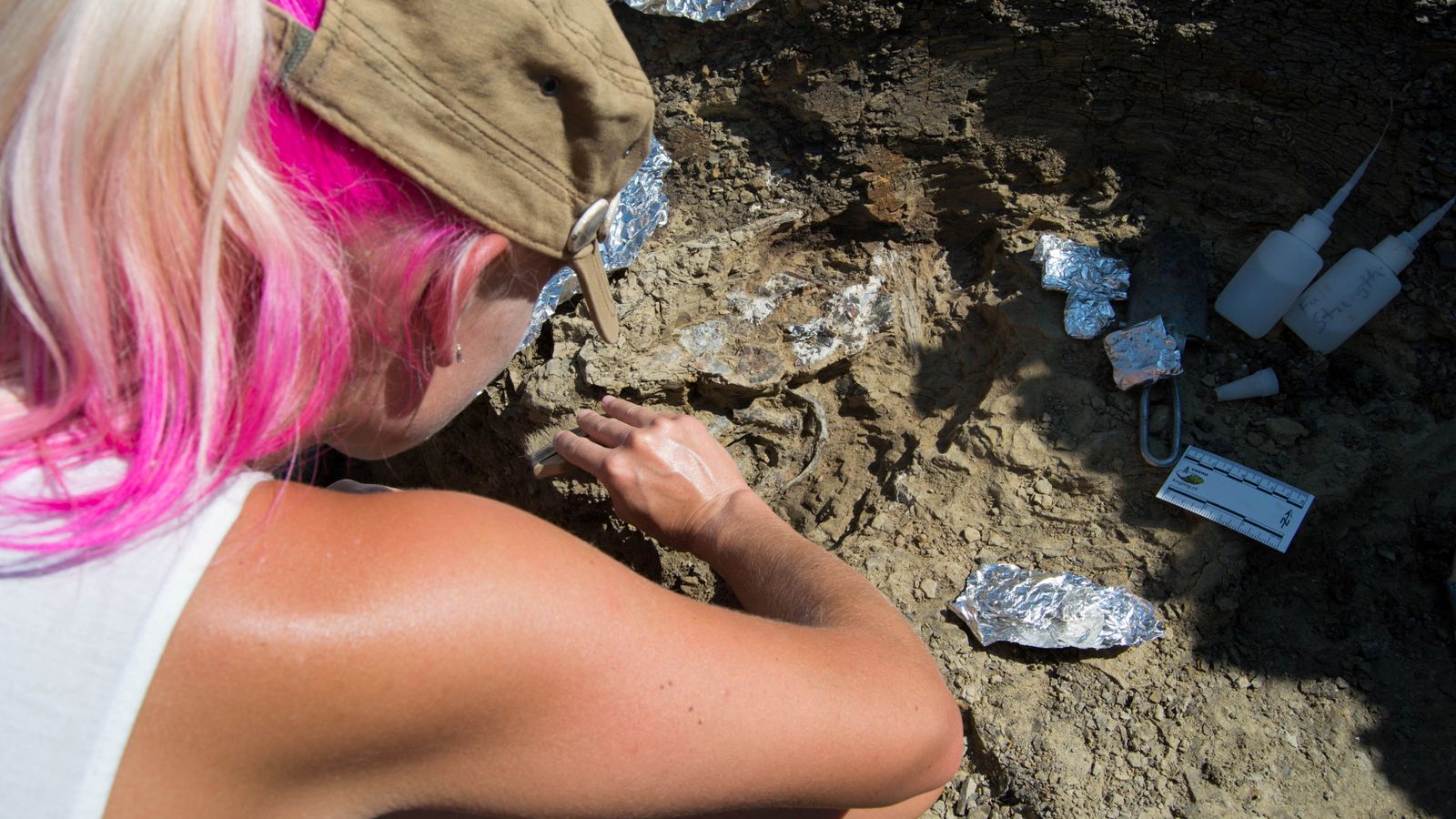 The asteroid which killed nearly all dinosaurs struck the Earth during the spring, according to new research.

To reach their conculsions, researchers searched parts of North Dakota in the US to find fossilised paddlefishes and sturgeons that were killed when the asteroid made impact with Earth.

They used powerful X-rays and carbon isotope records of the bones of fish that died less than an hour after the asteroid hit.

The carbon isotopes acted as a tracer to work out how carbon atoms have changed over the years.

They found the shock of impact caused huge standing waves of water which moved sediment, engulfing fish and burying them alive.

Melanie During, lead author from Uppsala University, said: “The carbon isotope signal across the growth record of this unfortunate paddlefish confirms that the feeding season had not yet climaxed – death came in spring.”

The teams found that the fossil fish were pristinely preserved, with their bones showing almost no signs of chemical alteration and soft tissues still intact.

Experts looked at how the bones of the fish were growing in order to work out the season in which they died.

One of the paddlefishes also underwent carbon isotope analysis to reveal its annual feeding pattern.

The availability of zooplankton, which it liked to eat, was at its peak between spring and summer, pointing the researchers to their findings.

The team said their conclusions may help explain why some animals, including birds, crocodiles and turtles, survived the asteroid impact 66 million years ago. 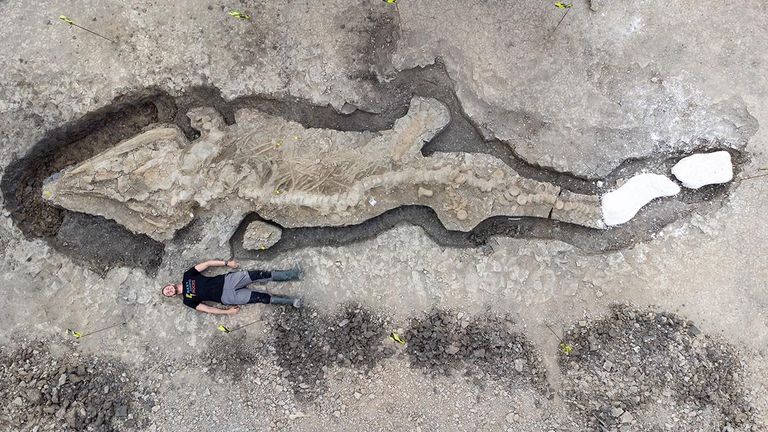 An ichthyosaurs skeleton, dating back around 180 million years, is the largest and most complete ever found in Britain

Ms During said: “This crucial finding will help to uncover why most of the dinosaurs died out while birds and early mammals managed to evade extinction.”