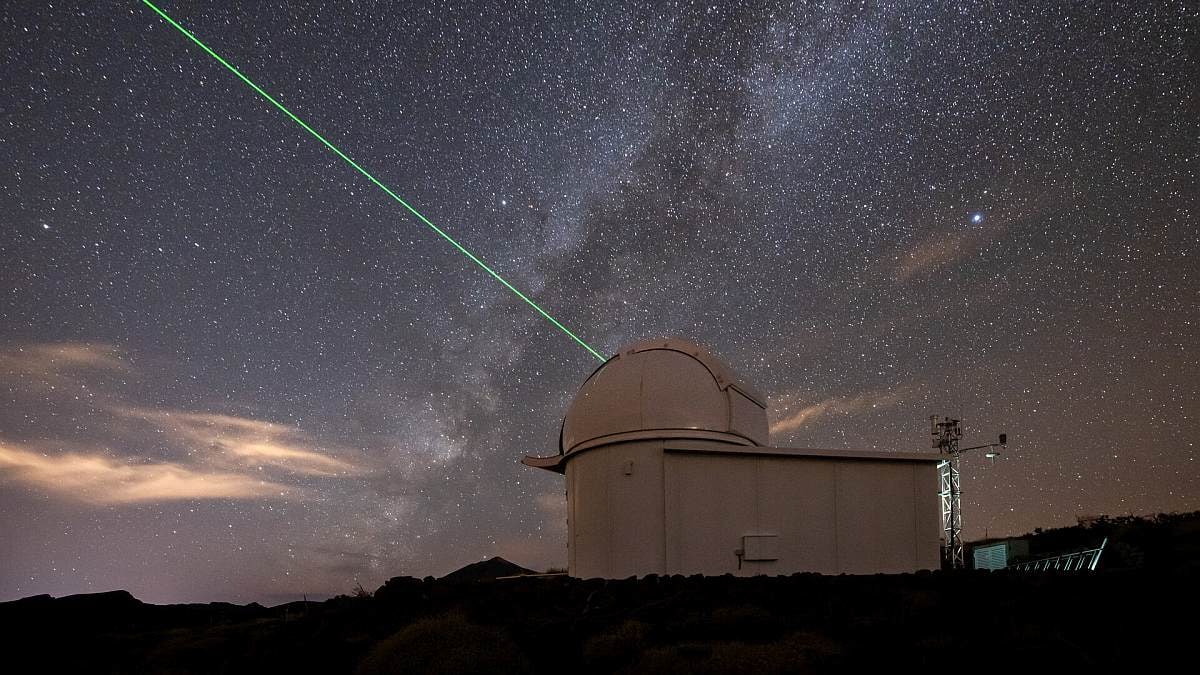 Lasers have stolen much of the spotlight in recent times, thanks to their depiction in high-octane films. But there’s more to laser lights than just the movie stunts. The European Space Agency’s (ESA) Izaña-1 (IZN-1) laser ranging station in Tenerife, Spain is making use of laser for space debris mitigation. Lasers from this station will point towards the skies to seek out satellites and bits of “space trash”. The laser will then help to measure the positions and trajectories of these objects in order to prevent a collision. According to the agency, “the station, telescope, and laser have undergone months of testing and commissioning and since July last year have aimed the green beam of concentrated light to the sky to actively detect, track and observe active satellites.”

Aiming the laser towards these spacecraft or objects is not harmful. This is because “the IZN-1 station will use a power of under 100W, giving the Izaña laser about 1/20th of the energy of an electric kettle.” However, the laser may affect the optical instruments on various spacecraft.

ESA’s Instagram post read, “Although such lasers don’t come anywhere close to cutting through, or even nudging (yet) the objects they target, they can damage sensitive optical instruments on satellites and the paths of aircraft must be considered.”

The station’s lasers work with short pulses of light. Here’s what the agency had to say about it, “These pinpoint light sources shine short pulses of light at their target, determining the distance, velocity, and orbit of each one with millimetre precision, calculated from the time it takes to complete the return journey.”

Despite their low potential to harm, the lasers may disrupt telescopes, especially those that study the night sky. A preventive measure in this regard has been taken up by the Laser Traffic Control System (LTCS). The LTCS built software that prevents collisions between laser light and areas of observation. Also, switching to infrared laser frequency could minimise the damages.

According to the ESA website, the IZN-1 was installed in mid-2021 at the Teide Observatory.