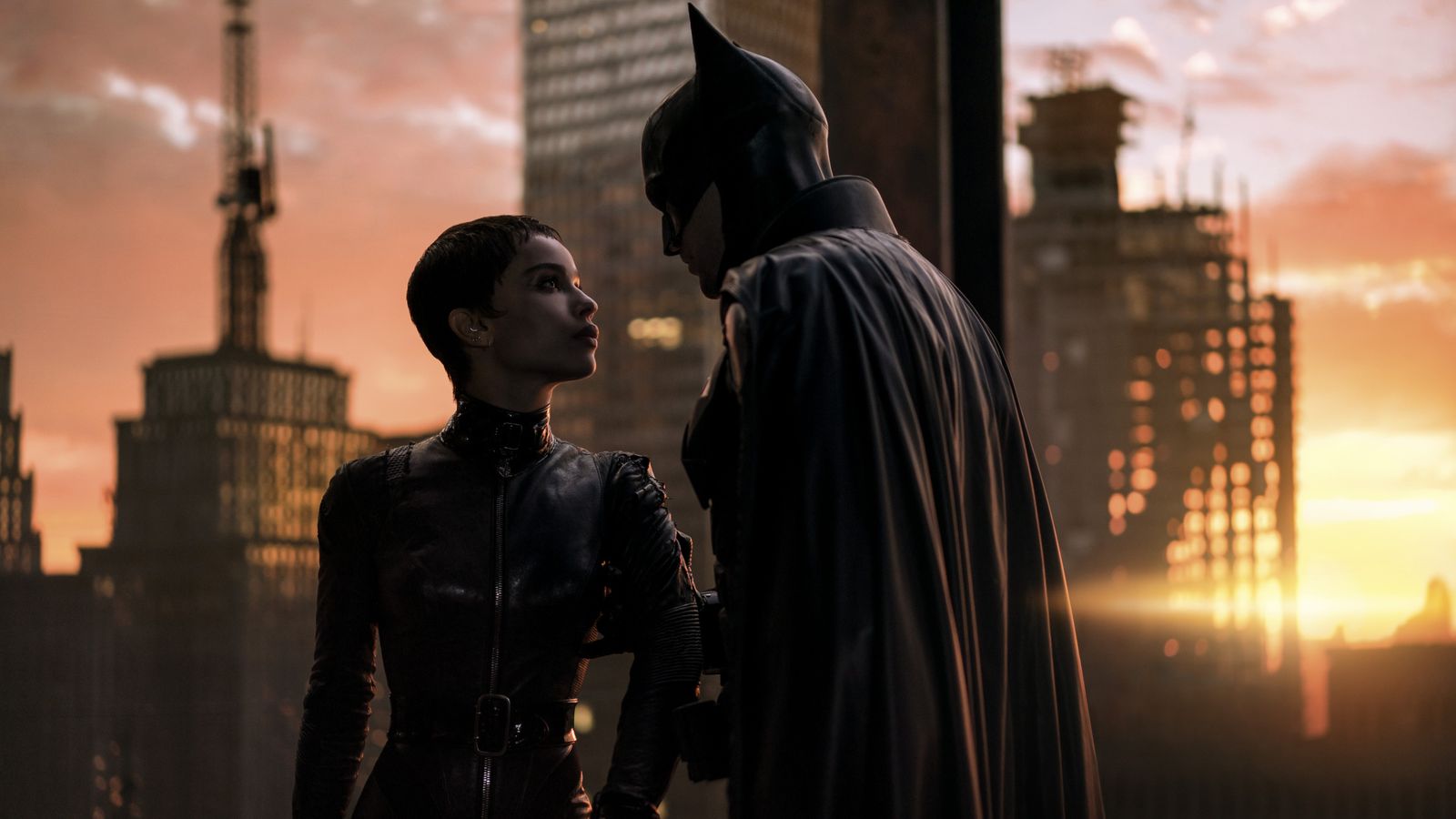 Robert Pattinson has confessed to finding himself distractingly handsome as the new Batman.

“It’s funny, you kind of have this split personality moment,” he told Sky News, of playing the masked super-hero.

It has been a long wait for The Batman to finally come out in cinemas, with its release date pushed back twice because of COVID production delays.

Now, as he follows in the footsteps of stars including Christian Bale, Ben Affleck, Michael Keaton and George Clooney, comic book fans will finally find out what Pattinson has to offer in the role.

“You can’t help but not want to step on the other performers’ toes and I was so familiar with the other movies that it’s difficult to not do an imitation of people you’ve seen, when you’ve seen the movies like a million times,” he said, speaking ahead of the film’s red carpet premiere in London.

“The script did take a few departures and that kind of helped.”

Alongside the new Caped Crusader, Zoe Kravitz takes over as Catwoman, and Colin Farrell is unrecognisable as The Penguin.

Just don’t expect Paul Dano’s The Riddler to turn up in a bright green leotard. Instead, there is a disturbingly realistic intensity behind his portrayal which shows him communicating with other loners in chat rooms.

Joaquin Phoenix‘s Oscar-winning Joker in 2019 came under fire from those who said it was overly sympathetic to “incels” – the “involuntarily celibate” online subculture involving men who express hostility and extreme resentment towards those who are sexually active, particularly women.

However, Pattinson said Dano’s Riddler – who in the film wraps clingfilm around his face to achieve his terrifying appearance – is clearly not to be copied.

“I think the clingfilm he puts around his face, once people try and do that for themselves, they’d be like ‘forget that’!” he laughs.

On a more serious note, his Catwoman costar Zoe Kravitz insists the film’s writer and director Matt Reeves “did it very responsibly”.

She told Sky News: “I think, you know, in the context of the film, the message is the danger of what happens when people feel like no one’s listening to them.”

Privilege, a lack of trust in authority and toxic masculinity are all explored in the new film.

While it might look like a classic noir from the past, this is a very modern incarnation of the Batman.

The Batman is out in cinemas from 4 March