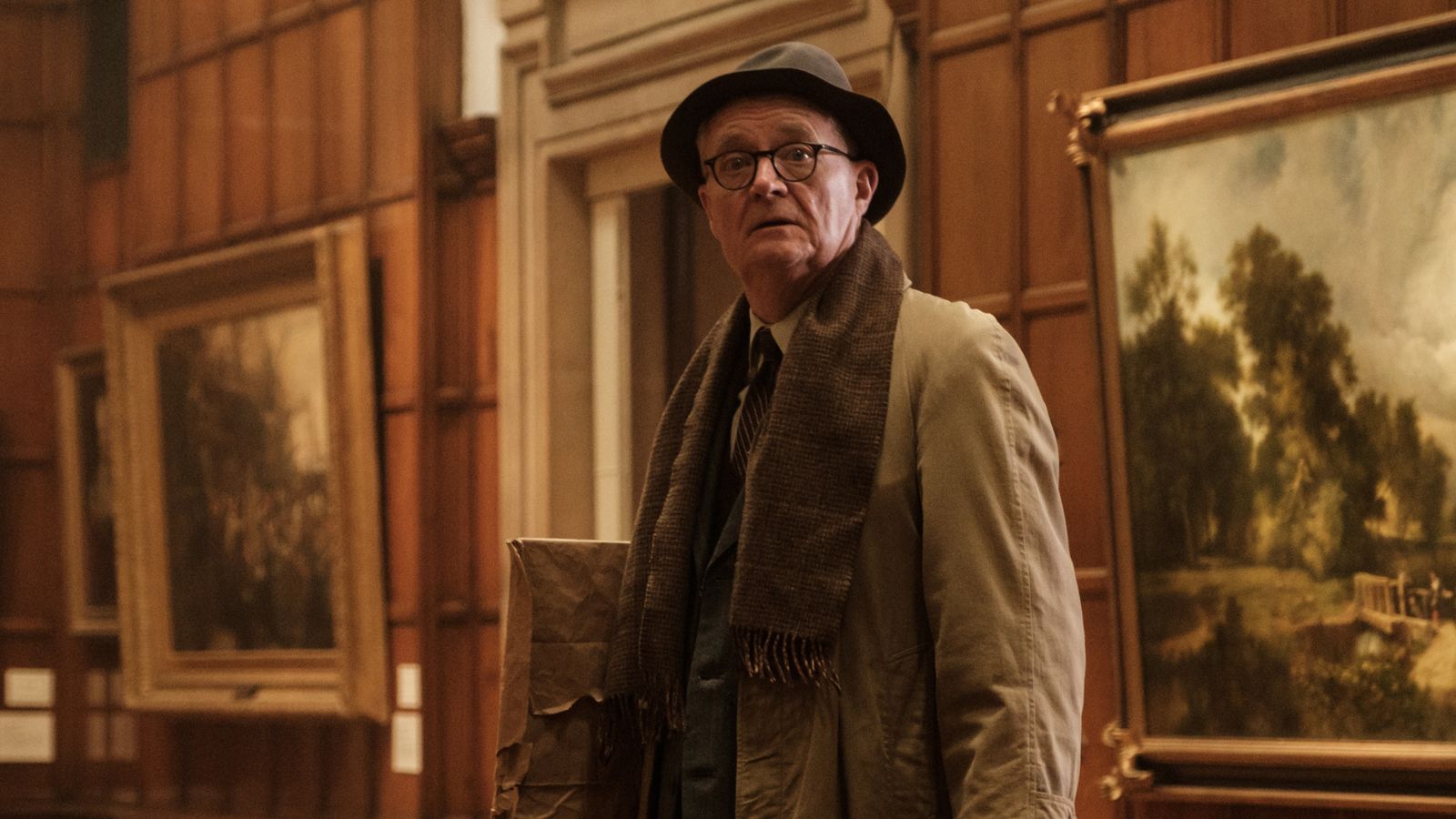 Jim Broadbent has said he would defend the BBC “to the hilt” against the abolition of the licence fee.

The British actor, whose latest film The Duke sees him playing a man who campaigns to make the fee free for pensioners, was reacting to recent comments from Culture Secretary Nadine Dorries – who initially said she was planning to axe the fee, before clarifying that its future was “up for discussion”.

Broadbent told Sky News that even his character Kempton Bunton, who argued against the elderly paying the levy, wouldn’t want to see the corporation denied funding.

Read more: BBC licence fee – what could alternative funding methods look like beyond 2027?

“It doesn’t bear thinking about,” he said. “I think Kempton would be on the side of the BBC and fighting as hard as he could against the culture secretary – if you can call her that. Ironically, he would be defending the BBC to the hilt, as I would be.

“Ironic that they’re trying to reduce the licence fee in order to dismantle it, it’s a curious way of doing things, and I think it would incense Kempton.”

The story of an ordinary man accused of stealing a painting and holding it to ransom while demanding better benefits for the elderly is too fantastically unusual not to be true, and The Duke is indeed based on a real person.

Broadbent, best known for films including the Bridget Jones and Paddington movies, as well as The Iron Lady and Moulin Rouge, says it is always appealing to tell a true story.

“All real people are generally – if it’s well researched and well written – more complex and interesting than fictional characters,” he said.

“There are so many contradictions in real people and Kempton is full of them – he’s a wannabe playwright who’s also an activist, and prepared to hold the government to ransom and stand up in court and defend what one would imagine is the indefensible.

“He’s a really wonderful character… he’s got his own obsessions and it all makes for an interesting, complicated character.”

But despite being intriguing and heart-warming, Bunton’s story was almost forgotten. Broadbent says his is a good example of the impact that can be had by someone who isn’t in the public eye – and which we have seen examples of during the pandemic.

“Particularly in the last year or so, there have been several examples of real people just sort of standing up and capturing the public’s attention,” he said.

“Kempton was very much forgotten until his grandson sent a one-paragraph synopsis of his life to Nicky Bentham, the producer, and then this has brought Kempton’s story to the front again. So maybe he will inspire more ordinary people to stand up again and make their presence and ideas felt.”

Michell’s publicist confirmed his death in September last year, at the age of 65.

“I just remember the films I made with him being the two most joyous film experiences I’ve had,” said Broadbent, paying tribute. “And that only comes with him being absolutely brilliant at his job, which is the hardest job.

“Very often film directors are sort of dictators and slightly mad in some way because they have to be, but Roger didn’t seem to be, he seemed to be the calmest, gentlest… there was never any sort of tension, stress or anxiety, everything seemed to flow very smoothly, and he allowed it all to happen, as well as being positively creative and imaginative in a brilliant way.

“He also allowed, without being dogmatic in any way, everyone to be the best possible versions of themselves and it was always a very, very happy place to be. You look forward to more and more of it and the next one, and sadly [that’s] not to be, but he was special.”

The Duke is out in cinemas now – hear more about the film in the latest episode of Backstage, the film and TV podcast from Sky News