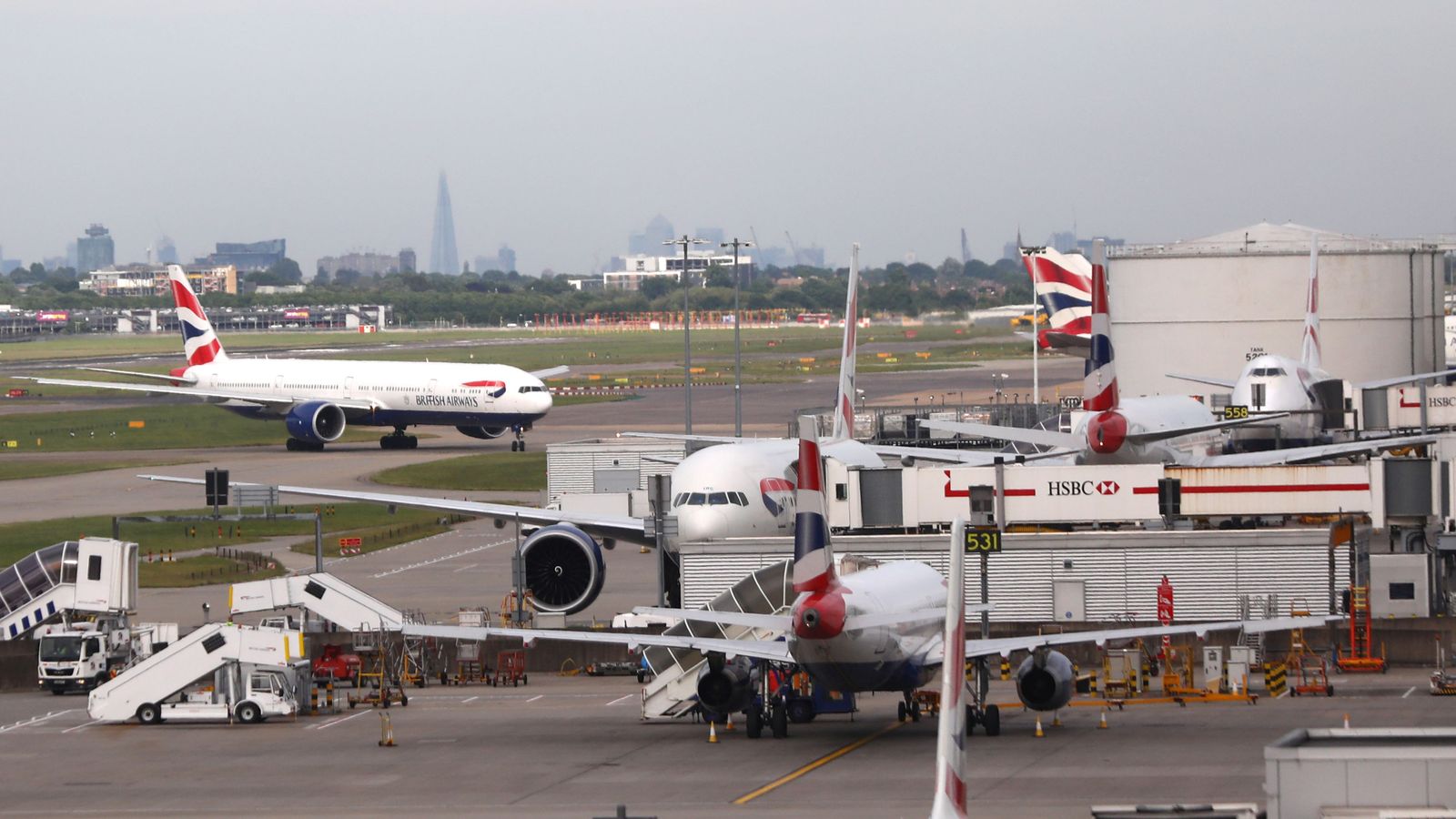 UK flights to and over Russia have been banned by the country’s civil aviation authority in retaliation for a British ban on Aeroflot in UK airports and airspace.

Rosaviatsiya said that all flights by the UK carriers to Russia as well as transit flights are banned from Friday.

It is acting, it said, in response to the “unfriendly decisions” by the British authorities who banned the Russian flag carrier Aeroflot as part of sanctions over Russia’s invasion of Ukraine.

British Airways has said it is now avoiding Russian airspace for overflights and cancelled its flight to Moscow on Friday.

Luis Gallego, CEO of British Airways owner, IAG, said: “Following the UK government decision to ban Aeroflot from landing in the UK, we have taken the decision not use Russian airspace for overflights.

“We are avoiding Russian airspace for the time being. The impact for us is not huge because right now we are only flying to a small number of destinations in Asia and we can reroute our flights.”

Ohio court sides with NASCAR in tax challenge
Hear Kinzinger’s prediction about McCarthy if he’s elected House Speaker
Labour pledges to ‘bring House of Lords into the 21st Century’
US deploys bombers in response to North Korea missile tests
Google has avoided mass layoffs so far, but employees worry their time may be coming