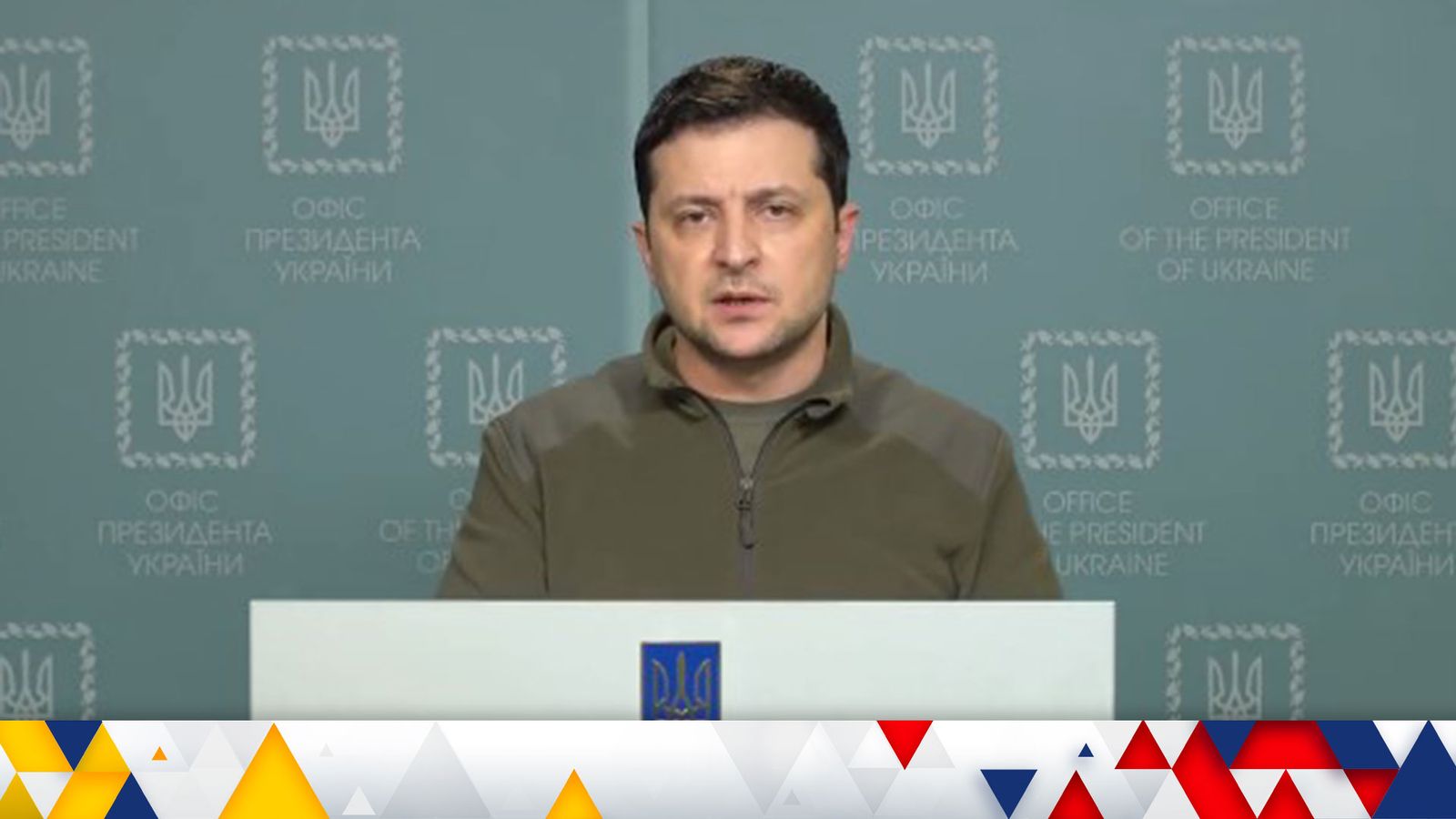 President Volodymyr Zelenskyy has told Ukrainian troops “you are all we have” as he accused European countries of not doing enough to stop the Russian invasion.

He said the Russian attack in Ukraine was like a repeat of the Second World War and called on European citizens to protest to force their governments to act more quickly and forcefully.

Mr Zelenskyy said tougher sanctions need to be imposed on Moscow as his troops battled Russian forces closing in on the capital.

Tougher measures he suggested included banning Russians from entering the European Union, cutting Moscow off from the SWIFT global payments system and an oil embargo.

“The invasion of Russia into Ukraine is not just an invasion, it’s the beginning of the war against Europe,” he said. “Against the unity of Europe. Against basic human rights in Europe. Against all rules of coexistence on the continent. Against the fact that European states refuse to divide borders by force.”

“What are you going to do about it?” he asked in a televised address.

“How are you going to defend yourselves if you are so slow helping us in Ukraine?”

He said Europe “has enough strength to stop this aggression”.

Cutting Russia off from the SWIFT global payments system would be one of the toughest sanctions the West could impose – but it would also involve pain for foreign banks and other creditors that do business with the country.

The system, which has its headquarters in Belgium, is used by more than 11,000 financial institutions in more than 200 countries and territories to send money and information to each other.

The UK is also now backing such a measure but it would require unanimity – a lack of which US president Joe Biden is blaming on Europe.

The move would have a major impact, damaging Russia’s economy immediately and in the long term.

It would cut Russia off from most international financial transactions, including international profits from oil and gas production, which in all accounts for more than 40% of the country’s revenue.