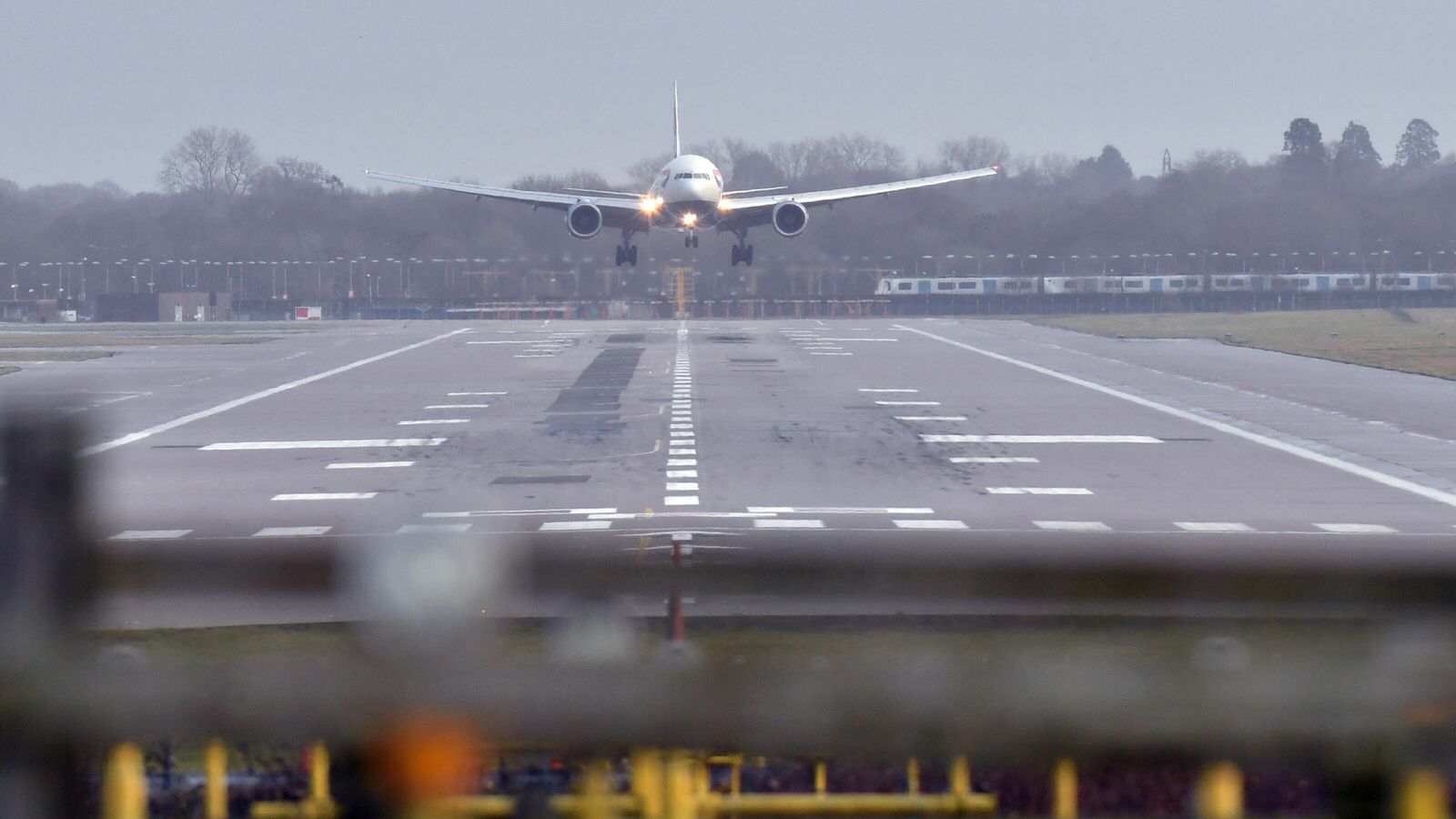 British Airways has said all of its short-haul flights from Heathrow are cancelled until midday today following ongoing “technical issues”.

The airline said customers due to travel later today should check their flight status on ba.com before coming to the airport as “we anticipate further disruption during the day”.

It said its long-haul services at Heathrow and all flights at Gatwick and London City Airport are due to operate as planned, “but customers may experience some delays”.

The airline said the problem is related to a hardware issue and is not because of a cyber attack.

The company added its website was working and customers can check-in online and at the airport.

“We are offering customers on cancelled services options including a full refund and all customers booked to travel on short-haul services from Heathrow today can opt to rebook to a later date for free if they choose. We will be contacting customers proactively.”

On Friday evening, British Airways suffered a major outage, which caused flights to be cancelled.

The airline’s website and app were down for hours leaving customers unable to check-in online or book flights.

Ed Hall, 54, a television executive from Woodstock, Oxfordshire, was stranded on a plane for over an hour after touching down at Heathrow Terminal 5 on Friday because the crew could not access any IT systems to get a stand where passengers could disembark.

He said there were issues even before his BA 399 flight took off from Brussels.

Mr Hall said: “We couldn’t take off as the pilot’s system that calculates weight, loads and distribution went offline and we had to go back to the gate from the runway to get a (manual) copy sent from London.

“BA is running on paper tonight.”

Read more: UK flights banned from Russia in retaliation after British sanctions slapped on Aeroflot
British Airways apologises to passengers who had to wait hours for luggage after Storm Eunice

Tesla plans to ramp up Giga Shanghai production after surge in orders, report says
Bored Ben Affleck, blushing Adele and unrecognisable Madonna – the seven best bits of the Grammys
‘Coming very soon!’: Jeremy Renner shares image of new show which will be out ‘as soon as I’m back on my feet’
‘Nobody is born smart’: Ex-commander of Russian mercenary group apologises for fighting in Ukraine
Meta shares soar almost 20% on fourth-quarter revenue beat