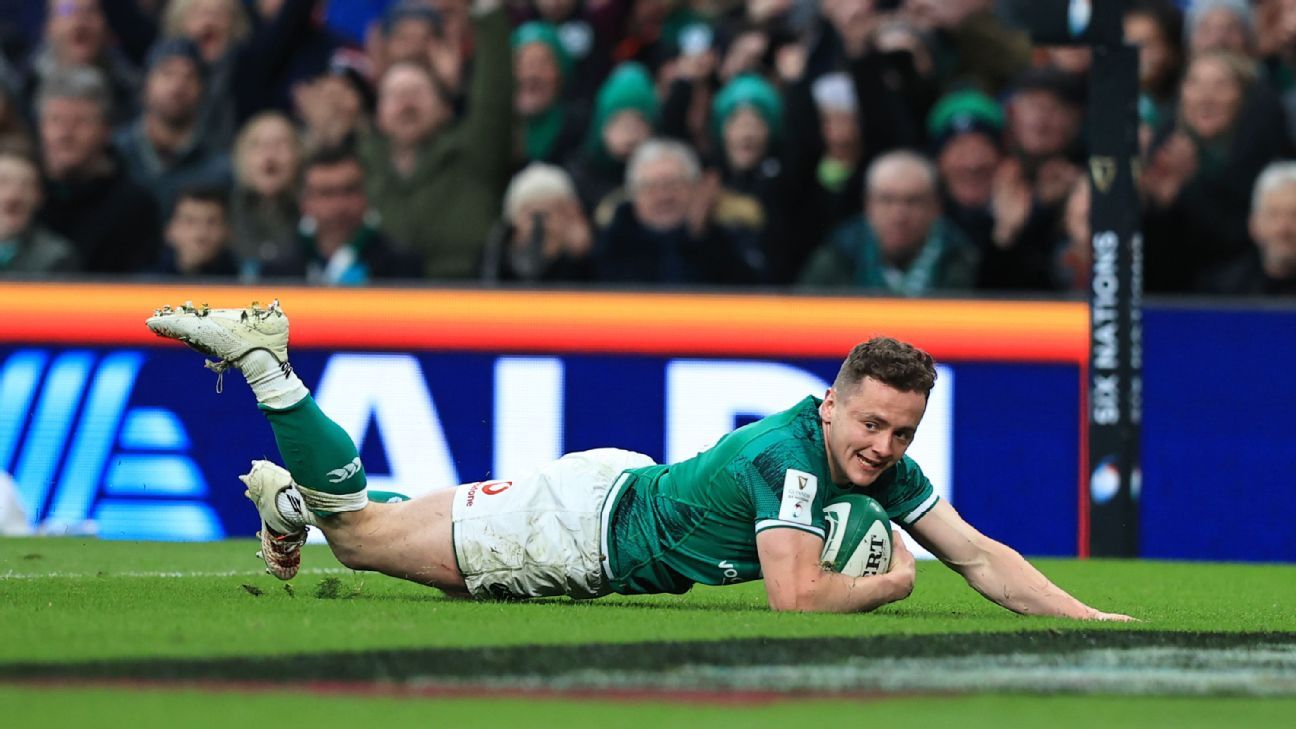 Ireland kept the pressure on unbeaten Six Nations leaders France with a 57-6 thrashing of Italy on Sunday in a game that descended into farce after the visitors were forced to play most of it with 13 men.

Ireland were 7-3 up when replacement hooker Hame Faiva, on for the injured Gianmarco Lucchesi, was sent off and, because Italy resorted to uncontested scrums, they had to nominate another player to leave the pitch for the final 61 minutes.

Ireland, who trail France by three points after taking a losing bonus point from Paris, need to beat England and Scotland to have a chance of winning the title.

“I thought they did really well with 13 men, it was very sloppy at times from us but a good result in the end,” man of the match Josh van der Flier said.

Ireland probably could have further passed the French on points difference in a game with little else to gain bar getting some experience into players such as Carbery, who started ahead of fit-again captain Johnny Sexton.

The hosts looked ready to run riot when the Munster flyhalf went over for the opening try on four minutes but a few careless penalties allowed Italy into the game and on to the scoreboard thanks to a huge Edoardo Padovani long-range penalty.

Faiva’s red card for a blatant high tackle on Irish hooker Dan Sheehan and the chaos that followed put paid to any kind of Italian resistance. Ireland took immediate advantage as Gibson-Park picked one of the inescapable defensive holes to score.

As Italy still had to put eight men in each scrum, albeit without having to contest, they had only five backs to defend Ireland’s seven at each setpiece.

The enormous advantage enabled Ireland to wrap up the bonus point by halftime thanks to Lowry’s first try and one for O’Mahony.

Ireland were still all too readily giving up penalties early in the second half while Italy gave it a good go, keeping the hosts out for the first 11 minutes.

No matter how hard the Italians tried or how ragged the Irish attack was, the overlaps were at times comical and the attacks more closely resembled a sevens game. Tries from Lowe, Lowry and a first for Ireland for lock Baird followed.

Already facing a 35th consecutive defeat in the competition in the most demoralising of circumstances, Italy went down to 12 men with five minutes to go after a yellow card for Braam Steyn, with easy tries for Lowe and Treadwell completing their misery.

PM shamed into disciplining close ally accused of groping
easyJet reported after families left to sleep on airport floor due to cancelled flights
US basketball star ‘keeping the faith’ as she appears in Russian court on drugs charges
High U.S. gasoline prices weigh on demand as consumers start to feel the pinch, says analyst
‘It was the wrong thing to do’: PM apologises for appointing Chris Pincher as deputy chief whip