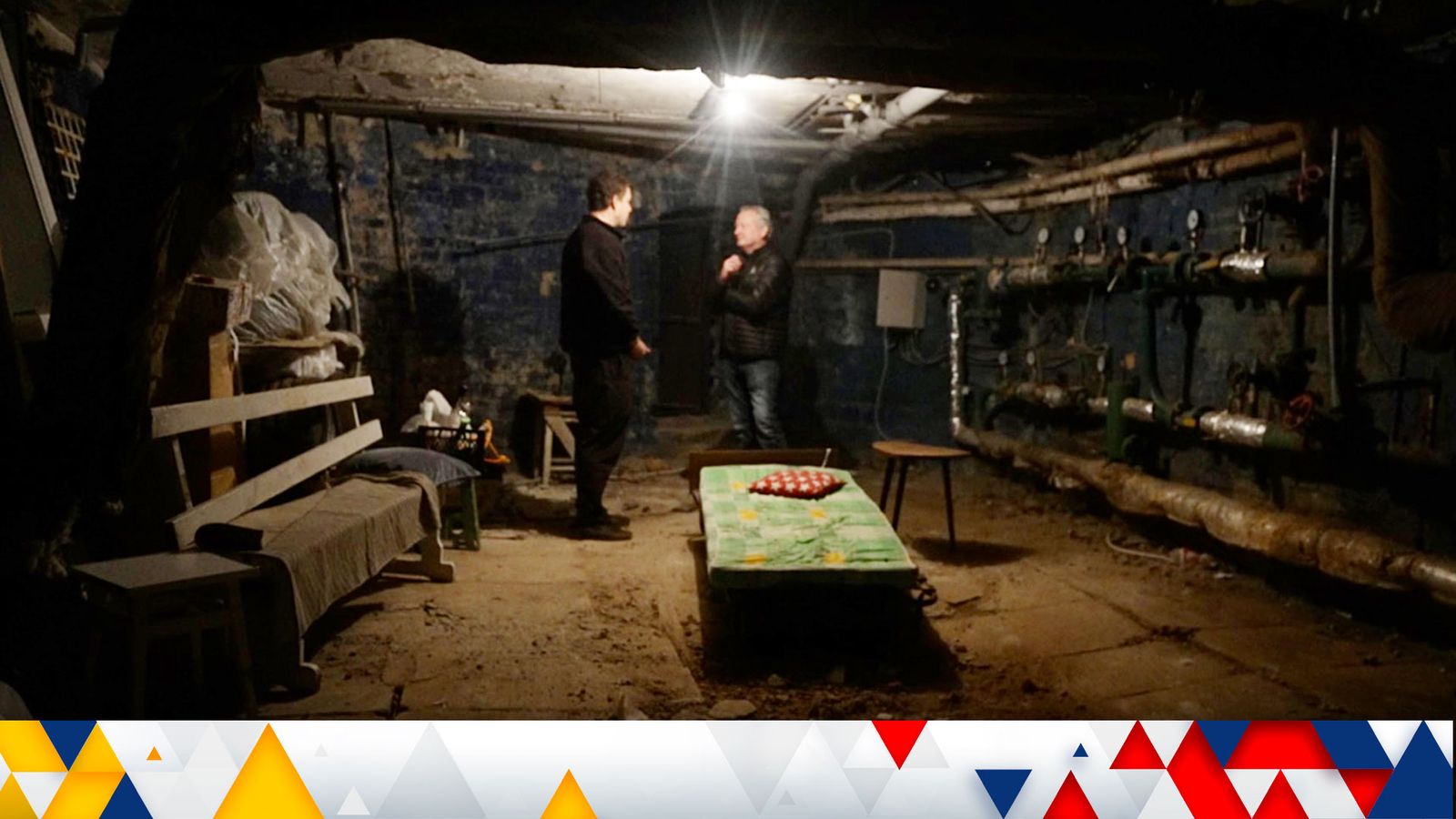 It started as a concern, then a rumour, then a fact; Russian units, small in number, infiltrating the city, looking to bring terror to Kyiv – and to plot routes for their main forces to enter the centre of the capital.

Within hours, the suspicion levels among Ukrainians had accelerated to near hysteria.

Reports of arrests, of men being killed, and saboteurs painting potential targets with triangles, boosted the paranoia.

Soon, everyone was a potential Russian agent.

Everyone includes journalists, often driving around in groups of four or five, dressed in body armour and wanting to film.

We’ve been stopped and questioned by militia and police with guns drawn numerous times in the last two days.

In the end, we decided to just stop, get out of our car, and explain who we were. It’s not pleasant, but it worked in calming the situation down.

Some of our teams in Ukraine have had much hairier experiences.

It’s the reason that here in Kyiv there is a curfew until at least Monday morning. It is likely to be extended, however.

Basically, the security forces want everyone off the street – so that they can hunt down “Russian saboteurs”, as they describe it.

The only people on the streets now are Ukrainian security forces and civilian militia. It’s serious stuff.

They were made to lie on the floor, held at gunpoint, and questioned.

Eventually, they were escorted away by soldiers. With their hands clasped behind their heads, they were made to walk in a near-crouch.

We don’t know why they were targeted, but it just shows how tense things are here.

“The Russians send some troops, small troops with, actually sometimes as civilians, with weapons, snipers and shooting, and they want to make terror attack and to bring the panic to our city… we are hunting them, and we take some Russians who are coming to our city,” he explained to journalists. 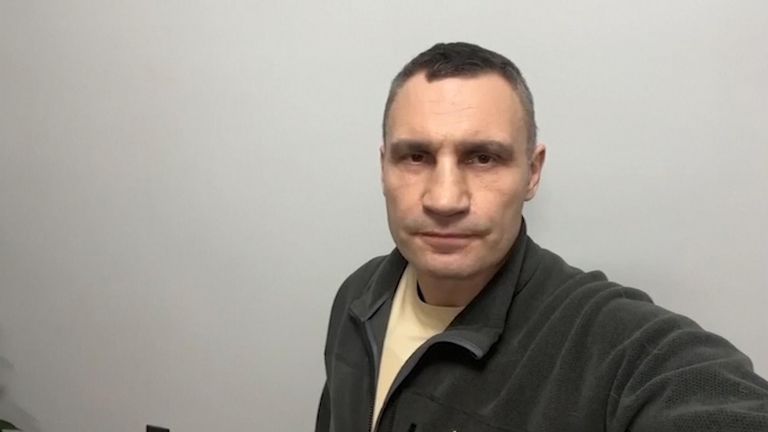 Klitschko claims no Russian troops are in Kyiv

Consequently, everyone is indoors and quite often underground these days. The shelling is particularly bad at night – and basements and underground shelters, like the metro, offer the best protection.

Yuri is the only person left in his apartment block. He is a Ukrainian national, but was born near Moscow.

He showed me his basement. It was basic; a single mattress, a kettle, a lamp, a few essentials, surrounded by hot water pipes. The best thing you could say about it was that it was warm.

“It’s safe down here,” he said, “even if they’re bombing, I can’t hear anything. I leave the light on and the door open 24 hours a day now, because if I need to get in here, I can’t afford to not be quick.”

Yuri won’t leave Kyiv – he has however persuaded his wife to go to the countryside. She is now there with their dog.

This war, he told me, is about protecting basic human rights and freedoms.

“Now we don’t give our freedom [to] anybody, never, until we die. I want to live like a normal human in a country with normal rules.”

He told me he wished the Russian people could see what’s happening here, experience what they’re experiencing. But also see what Ukraine is like when there isn’t a war – something he never thought would happen here.