Immediate family members will be able to join Ukrainians settled in the UK as they flee the Russian invasion, Prime Minister Boris Johnson has said.

Downing Street said the move – which comes after the government faced intense criticism over failing to relax the visa requirements for Ukrainian nationals earlier this week – will “benefit many thousands of people”.

However, Number 10 is likely to face criticism as the European Union is supporting plans to take in all Ukrainian refugees for up to three years – without asking them to apply for asylum.

Speaking about the measure, Mr Johnson said: “In the last days the world has witnessed awe-inspiring displays of bravery and heroism from the Ukrainian people in response to those who seek to obliterate their freedom by force.

“The UK will not turn our backs in Ukraine’s hour of need. We are providing all the economic and military support we can to help those Ukrainians risking everything to protect their country.”

Labour welcomed the move but added that it “should have happened days ago” and called to see the details of the policy “as soon as possible”.

Shadow home secretary Yvette Cooper said: “This is a welcome first step forward and should have happened days ago as too many desperate family members have been struggling and delays have been deeply damaging.

“We hope this announcement includes wider family as well as just the closest relatives and it is vital that we see those details as soon as possible.

“Now, the government should also work with European countries on a wider sanctuary arrangement so the UK can also do its bit alongside others to help Ukraine.” 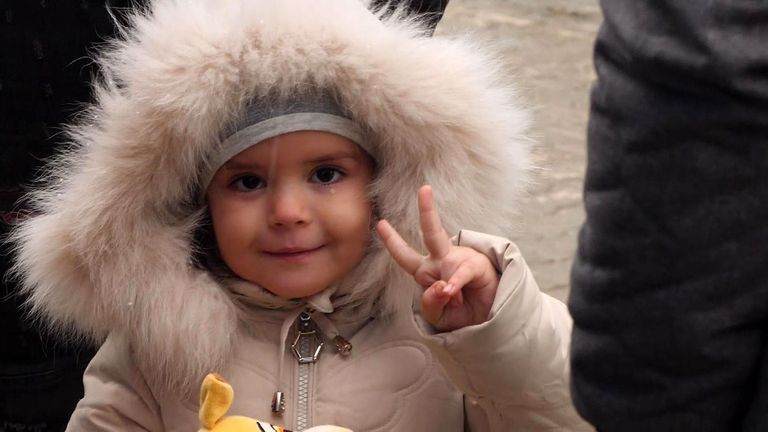 
Number 10 also announced that a further £40m of humanitarian aid will be sent to Ukraine to provide medical supplies and other help.

It follows a call between Mr Johnson and Volodymyr Zelenskyy on Sunday, in which the Ukrainian president said the need for humanitarian assistance was critical.

Since Russia launched attacks on Ukraine on Thursday, around 368,000 Ukrainians have fled the country.

The UN has estimated the conflict could produce as many as four million refugees, depending how long it continues.