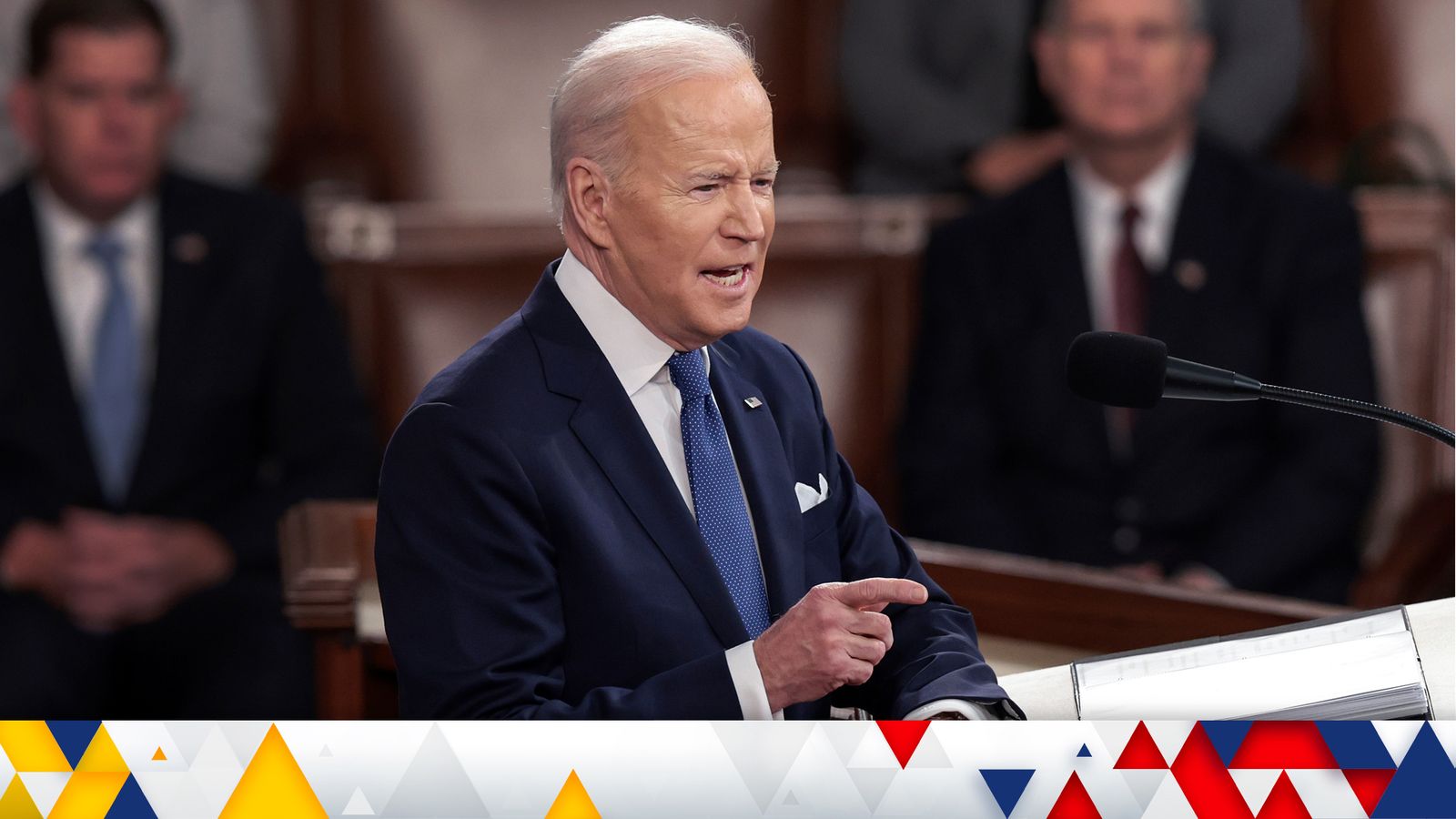 Joe Biden has said that the Russian president must “pay a price” for his invasion of Ukraine.

Mr Biden was speaking during his State Of The Union address on Tuesday evening – almost a week after Vladimir Putin ordered his troops into Ukraine.

Mr Biden said: “Throughout our history we’ve learned this lesson – when dictators do not pay a price for their aggression, they cause more chaos.

“They keep moving, and the costs and threats to America and the world keep rising.”

Mr Biden praised the bravery of Ukrainians – military and civilian – who have been defending their homes since the invasion began.

He also praised the unity of Western allies who agreed on tough financial sanctions against Russia during the weekend and who have continued to supply Ukrainians with weapons and equipment.

He said: “Six days ago, Russia’s Vladimir Putin sought to shake the foundations of the free world thinking he could make it bend to his menacing ways. But he badly miscalculated.

“He thought he could roll into Ukraine and the world would roll over. Instead he met a wall of strength he never imagined.

“He met the Ukrainian people.

“From President Zelenskyy to every Ukrainian, their fearlessness, their courage, their determination, inspires the world.

“Groups of citizens blocking tanks with their bodies. Everyone from students to retirees teachers turned soldiers defending their homeland.”

Mr Biden described the war as “premeditated and unprovoked”, adding that Mr Putin had “rejected efforts at diplomacy, he thought the West and NATO wouldn’t respond, and he thought he could divide us here at home.

“Putin was wrong. We were ready.” 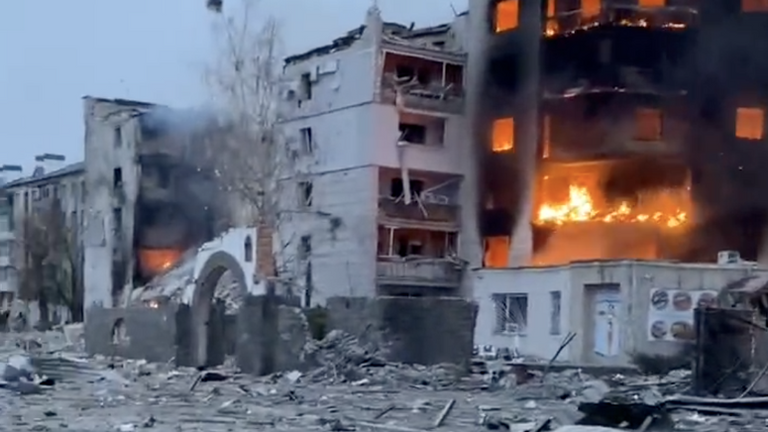 War in Ukraine: A special programme

Meanwhile, he also addressed the increasing cost of living, as inflation reaches its highest level in 40 years, threatening the post-pandemic economic recovery.

He outlined plans to reinvest in American manufacturing to unclog supply chains, saying: “We have a choice: one way to fight inflation is to drive down wages and make Americans poorer.

“I have a better plan to fight inflation – lower your costs, not your wages.

“More infrastructure and innovation in America.”

Mr Biden highlighted his $1.2trn infrastructure bill, covering investment in everything from broadband to bridge building, as an example of how he planned to deliver change for the nation.

He was also expected to call for healthcare reform, including allowing Medicare to negotiate prescription drug prices.

But it will take more than this to convince an increasingly dis-satisfied public.

A number of Mr Biden’s other legislative priorities, such as the Build Back Better spending bill, have stalled.

Also, a February AP-NORC poll found that 55% of voters disapprove of how he is doing his job – compared to 44% who approve. This is down from a 60% approval rating last July.

Mr Biden said that progress had been made over the past year, with more Americans vaccinated against COVID-19, and millions more in work, but he also said that the job is not yet done.

Six killed as employee opens fire at Walmart store in Virginia
‘A message to silence’: Area 51 blogger has homes raided by FBI and air force agents
Tesla (TSLA) is taking a beating; investors ask board to stop the bleeding
Switching to an electric bike means getting more exercise, period. Here’s why
Will Joe Lycett shred £10,000 today over Beckham’s controversial Qatar World Cup deal?