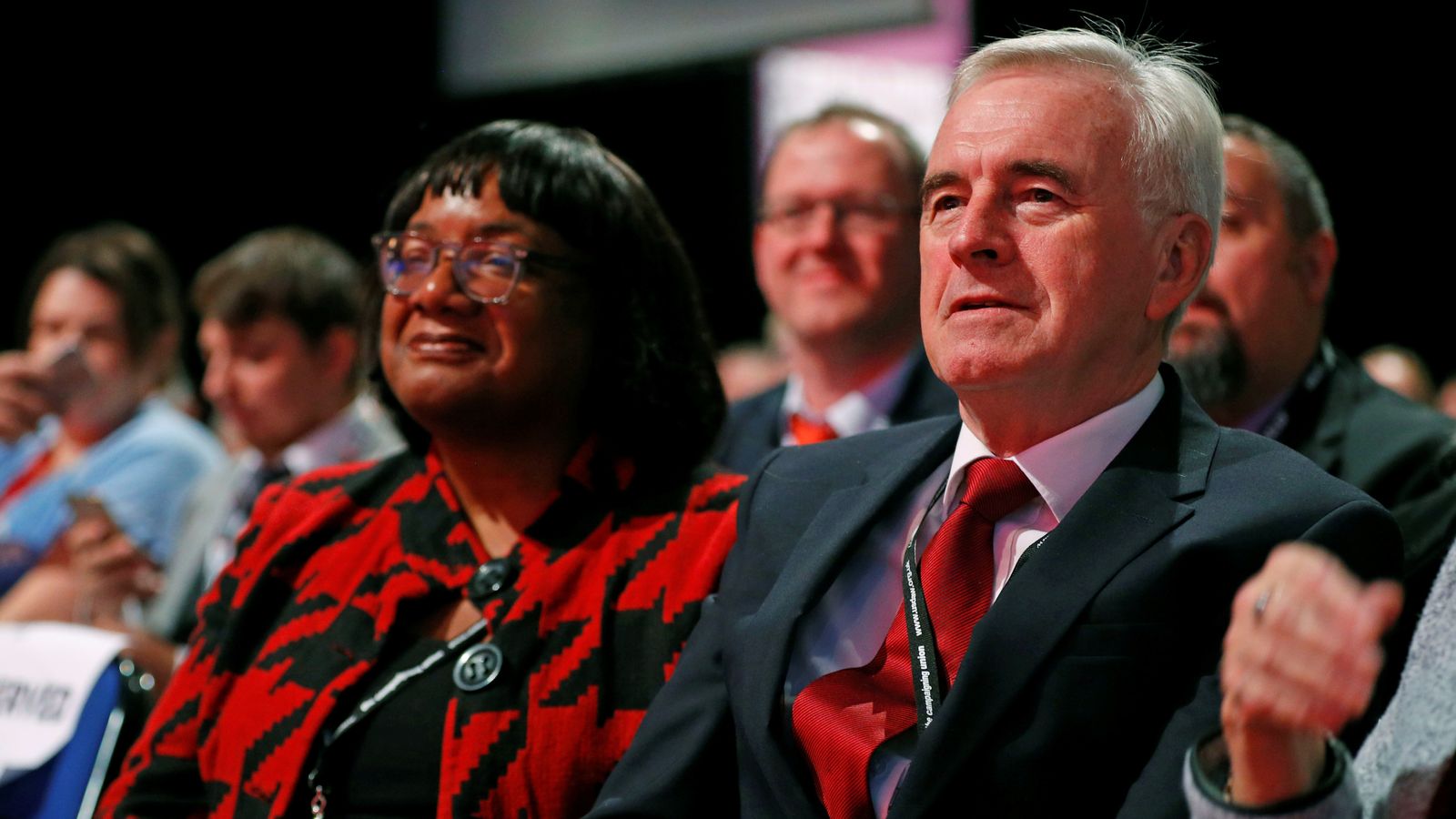 Sir Keir Starmer should kick out Labour MPs who back the Stop the War campaign or face losing the next election, according to shadow cabinet ministers.

Diane Abbott and John McDonnell are among 11 left-wing MPs who have signed a letter organised by the group last week which was critical of NATO expansion and UK “sabre-rattling” ahead of the war in Ukraine.

All have since withdrawn their support after being threatened with having the party whip removed.

Some shadow cabinet ministers are concerned that the Labour leader is in danger of being beholden to left-wing MPs if he were to form a minority government after a general election.

“At the next election it won’t be Ed Miliband in Alex Salmond’s pocket, it’ll be Keir in John McDonnell’s”, said one. “There’s no chance of even a minority government if the Tories make that argument.”

“We know what the public thinks about the prospect of these people being in charge of our security because they told us in 2019.”

At the 2015 election, the Conservatives published a poster of a miniature Mr Miliband in the blazer pocket of the former Scottish National Party leader.

The advertisement, designed by M&C Saatchi, was seen to have successfully encapsulated the supposed dangers of a Labour-SNP coalition.

The trigger ballot process of constituency Labour parties deciding whether to reselect their incumbent parliamentarian is now underway. MPs who have lost the Labour whip cannot stand for re-election.

It is unclear if John McDonnell, 70, or Diane Abbott, 68, will contest their seats at the next election.

Mr McDonnell is due to speak alongside Jeremy Corbyn at a Stop the War rally in central London tonight.

Sir Keir has displayed a renewed ruthlessness towards his party’s left in recent weeks by cutting the funding of Young Labour, restricting the youth wing’s Twitter account and cancelling its annual conference. The group had accused the Labour leader of “backing NATO aggression” over the Ukraine crisis.